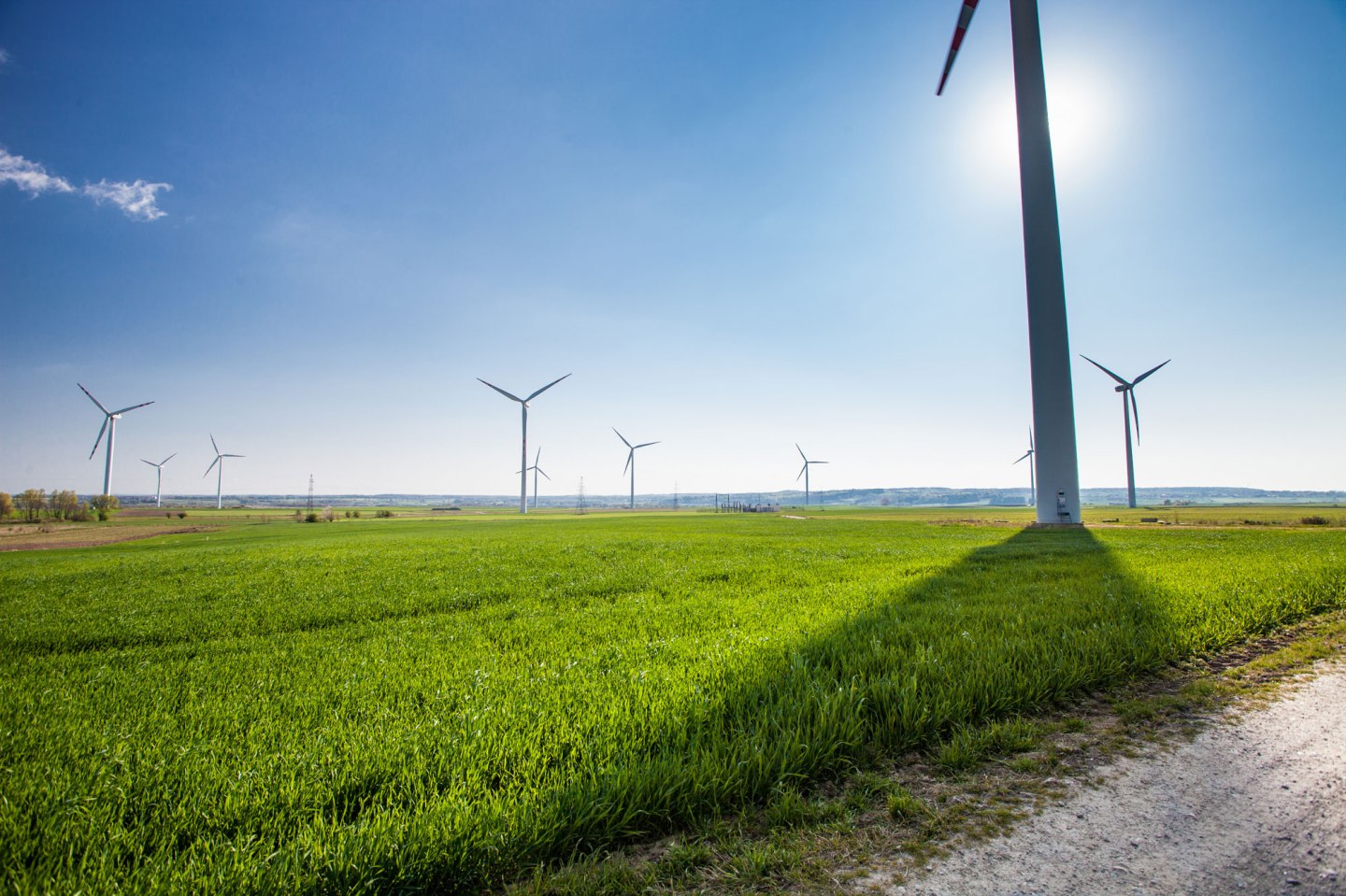 The secret to generating more electricity from wind turbines may not rest in better blade designs but in better communication between those turbines and holograms, according to Steve Bolze, the president & CEO of GE’s Power & Water division. At the American Wind Energy Association Windpower event, GE is expected to announce two products that will make wind farms 20% more efficient through the use of GE’s industrial internet software and sensors.

The overall idea is to look at wind farms as a whole, instead of focusing on the turbines individually. GE has optimized turbines in the last decade using its PowerUp program that saw a 5% increase in efficiency thanks to better designed blades. That’s all well and good for boosting a renewable energy source that met 4.5% of the U.S. energy demands in 2013, but GE is aware that it needs to do more. So it turned to holograms.

In what it calls its Digital Twin product, GE takes data from a future wind farm site and starts simulating the future farm, modeling what turbines should go where, how high they should sit, and how fast they should turn. The resulting data is turned into a hologram of the future site so engineers can visualize other problems to see what computers might not.

The second product is another mess of data, only this time, it’s generated by the actual turbines in the wind farm. But instead of sharing the data about wind speed solely back to GE so it could optimize the blade design, as happened in the PowerUp project, now the turbines talk to each other. This means the sensors on turbines in the wind farm can communicate with turbines far back in formation to share data about the wind. Instead of each turbine working alone, it now works as part of a team. This Digital Wind Farm technology works with turbines made by GE, and with turbines made by GE’s competitors.

There is a huge benefit to including all of the turbines. Depending on the algorithms that GE writes, it’s possible that techniques such as having turbines at the outer edge operate at 70% capacity and having those further back operate at 80% generates the optimal amount of electricity when accounting for wear and tear on the turbines. Such communication can also help account for turbines that might be out of commission.

It’s through this better forecasting in the planning stages and then, better communication once operating, that GE hopes to keep wringing the efficiency out of the wind generation business. Bolze says that since the products are just being announced, there are no customers yet, but he expects them before the end of the year.