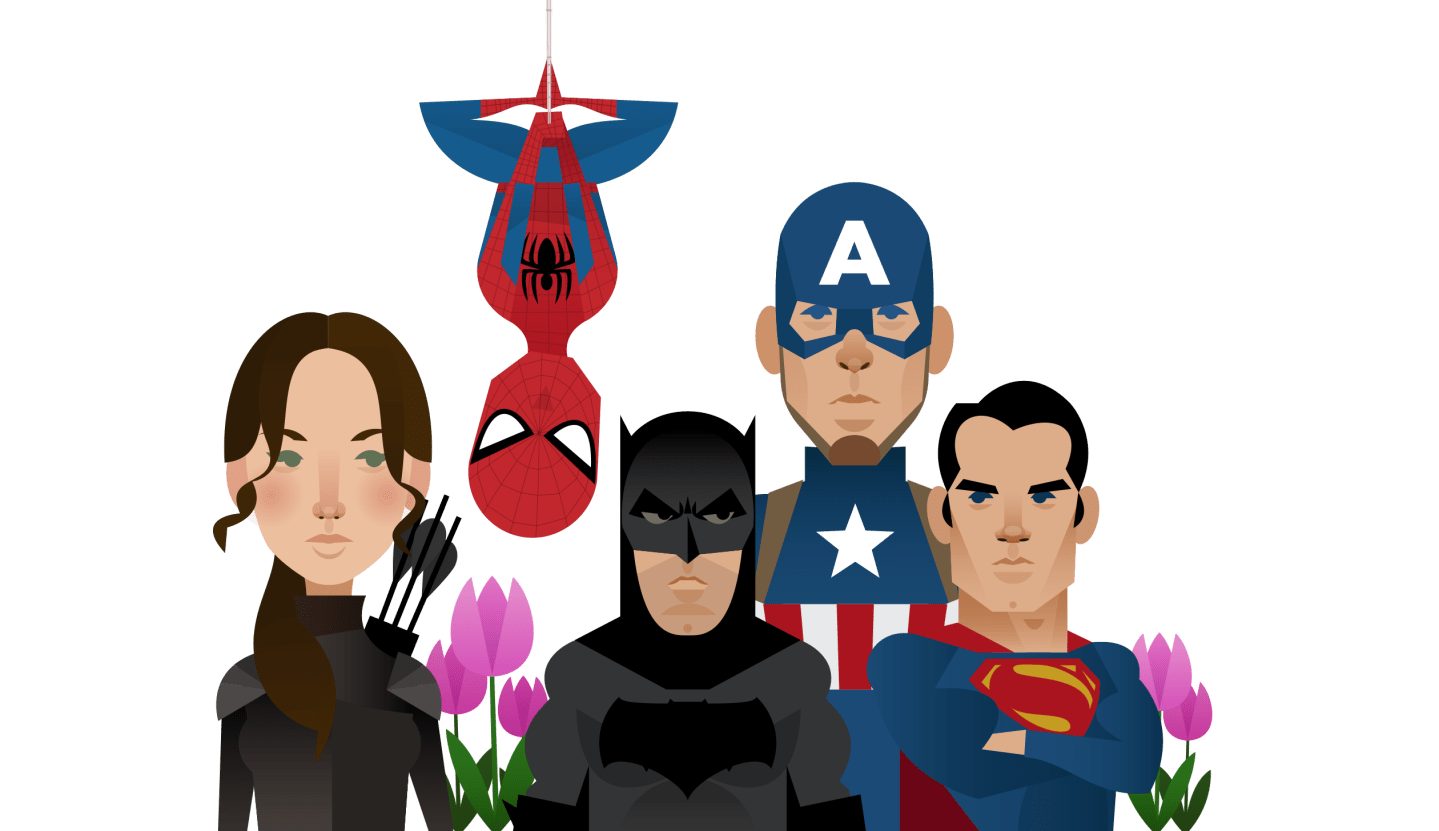 Clark Kent and the caped crusader handily dodged critics’ barbs this spring to beat all-time records for a box-office opening weekend in the month of March, raking in $166 million in ticket sales.

The movie, Batman v Superman: Dawn of Justice, was so jam-packed with crowd-pleasers (Bruce Wayne! Lois Lane! A $250 million budget!) that it was all but guaranteed to be a hit. But there was one significant way it bucked studios’ tried-and-true moneymaking conventions: It came out long before the traditional explosion-fest of the summer movie season.

It’s part of a trend in which more studios select early May, April, and even March weekends for the high-­octane action flicks that typically open after school’s out. The reason: There aren’t enough summer weekends left. As studios double down on big-budget debuts, they’re creeping earlier on the calendar to make space—Batman v Superman, for example, was pushed earlier to avoid Marvel’s Captain America: Civil War, out May 6.

The spring blockbuster dates back to at least 2002, when Sony’s (SNE) first Spider-Man movie posted a nine-figure opening weekend a few days into May. But in 2014 the summer months were the softest they had been since 1997, partly because good movies debuted in other seasons. Batman v Superman was the first big superhero movie Warner Bros. released before May in decades, though Disney’s (DIS) Marvel has made a habit of it. And none of the smash-hit Hunger Games films have come out in the summer.

For more on the film industry, watch this Fortune video:

So is the summer blockbuster dead? Well, no. Last summer was by far the ­highest-grossing season of 2015. But with each year bringing more successful early-spring tent-pole films, big-budget smash-’em-ups are a little closer to a year-round affair.

A version of this article appears in the May 1, 2016 issue of Fortune with the headline “In Theaters This Spring: Summer Blockbusters.”