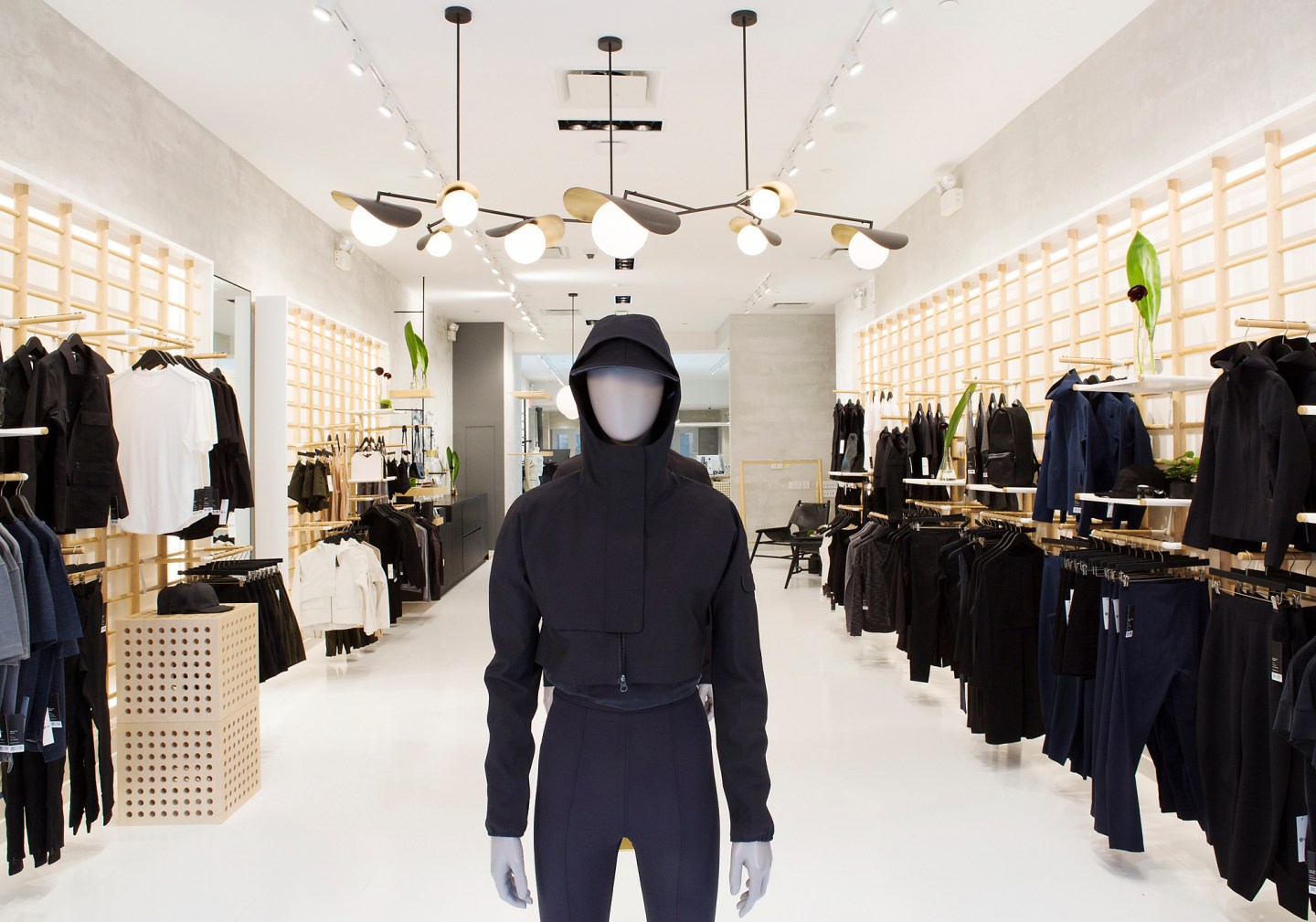 Lululemon Athletica’s core focus for nearly 20 years can be summed up neatly: it sold apparel meant to function in the world of sweat. Geared for yoga, studio classes and running, the brand’s most popular tights and tops were meant to make you look fashionable during a workout.

The apparel retailer’s aesthetic helped propel a broader movement called “athleisure” – outfits meant for the gym but could be worn to work, brunch and just about any other occasion. Lululemon is partly to praise (or blame depending on your point of view) for why athletic gear has become so ubiquitous. It also explains the pressure people feel to look perfectly coordinated at the gym.

But Lululemon (LULU) has a keen eye on what’s next. And it has opened a new storein New York City’s trendy NoHo neighborhood, one unlike any of the other 363 existing locations.

The apparel retailer this spring debuted a store called “The Lululemon Lab” in the upscale NoHo neighborhood of Manhattan. The 2,893 square foot store is unique because it is split between retail boutique floor space and a studio where 15 designers and pattern makers are actually working live. As you browse the latest collection, you can literally spot who was responsible for the pants in your hand.

And while Lululemon in 2009 opened a lab in the company’s Canadian hometown in Vancouver, the New York location has a completely different vibe. The products – which are priced between $60 to $450 – are exclusive to the NoHo store and made in a limited run of about 50 garments per design.

“The idea is to have a relationship with the city and make clothes that are super specific for weather patterns, commute patterns and the personality of the city,” Marcus Le Blanc, head designer for the NoHo lab, told Fortune. While the Vancouver’s lab thinks about how clothes can be worn outdoors, New York’s designers are focused on a car-free life where locals ride the subway or bike to zip around the city.

The gear at the lab is less about athletic pursuits and more about life in the city. The colors in the collection heavily feature grey, white and black – unlike the brighter colors and patterns in Lululemon’s main line. Le Blanc pointed to a $300 water-resistant men’s blazer as the quintessential New York piece. It is ideal for both commuting and the office, he explained.

Lululemon is among a growing crop of brands aiming to make a splash in the competitive New York retail market by constructing unique retail formats to create buzz. Often times, these concepts are less about profit and more about testing out new ideas. They are essential for retailers and consumer product makers to figure out how to evolve their brand and remain trendy.

Other notable examples that Fortune has written about: a planned Starbucks (SBUX) “Roastery” superstore and an apartment for Pernod Ricard’s Absolut Elyx vodka, both in the Meatpacking district. Pepsi (PEP) is opening a swanky restaurant, while Nike (NKE) operates an invite-only showroom and fitness studio space where it doesn’t even sell clothes.

“Concept stores are the future of retail,” said Ron Friedman, a retail expert at consulting and accounting firm Marcum. “Innovation is necessary and changing how retail does business is necessary.”

Friedman says brick-and-mortar retailers need to find a compelling reason to get shoppers back into stores, especially millennials, a group more heavily invested in the world of e-commerce.

At Lululemon, executives have told Wall Street they are in the midst of incubating several new real estate formats. More details on those efforts are to be made public later this year, though Lululemon has already recently opened a format just for men.

Le Blanc says the lab was conceived to stand out by adding new items to the floor every two weeks and sunglasses, purses and other accessories made by local and up-and-coming designers. Having the designers out of the floor – engaging with customers to hear both positive and negative feedback – was also a purposeful decision.

“People want to see behind the scenes to see what makes retailers special,” Le Blanc said. “This culture of information is the future.”