Why Lululemon Shares Are Way Down 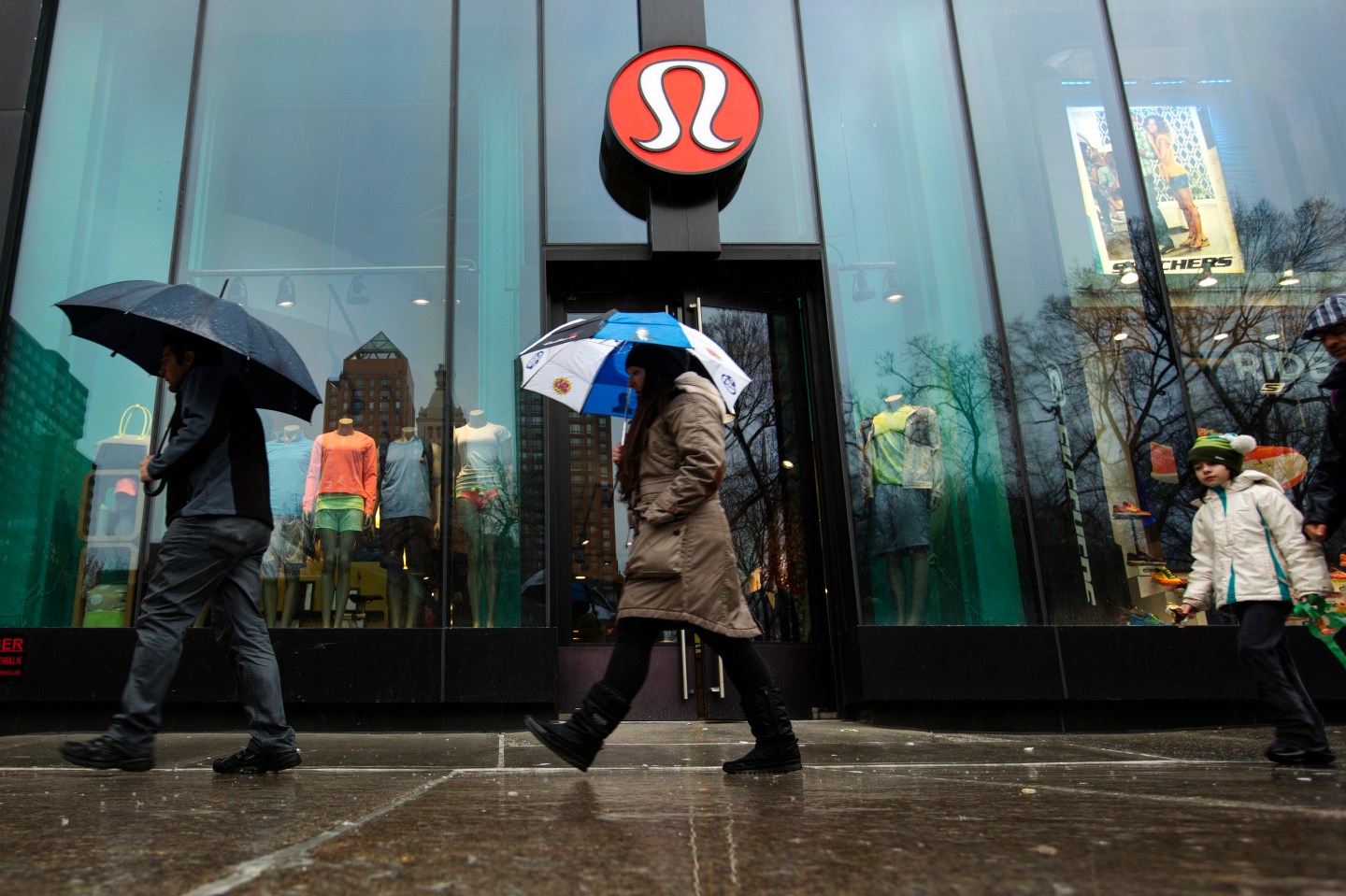 FBR analyst Susan Anderson said recent visits to Lululemon (LULU) stores indicated “significantly higher clearance levels,” saying there were almost double the amount of clearance racks from a year ago, as well as deeper markdowns. Because of worries that Lululemon’s gross margins would face more pressure for the rest of 2015 and into 2016, Anderson downgraded her rating on the stock to “underperform” and lowered the price target to $42 from $55 previously. Shares dropped about 8% Monday.

Sam Poser, analyst at Sterne Agee CRT, echoed similar concerns in a separate research note to clients. He said the store had more sales racks than in the past, filled with sports bras, pants, and shorts.

“The stores were busy, as the warm weather is likely pushing consumers to do more outdoor activities,” Poser said.

The margin pressure at Lululemon isn’t exactly a surprise. When the yoga and running goods maker reported quarterly results in September, it warned margins would be pressured at around 47% for the third quarter, a decline from about 50.3% during the same period a year ago and 53.9% two years ago. Lululemon’s international expansion, as well as high lease costs tied to store renovations, have pressured profitability. A West Coast port delay also led some goods to hit retail shelves later than expected.

The brand is also facing pressure from heightened competition. Lululemon was able to command lofty price points for years because it helped popularize the “athleisure” craze for women—a trend of wearing tights and other sports gear while out on the town, not just at the gym. Nike (NKE), Under Armour (UA), and Gap (GPS) have since sought to more aggressively court the same group of consumers Lululemon sells to, though Wall Street analysts often tout Lululemon’s brand strength with women and a growing men’s business.