Lululemon for men — not just for yogis 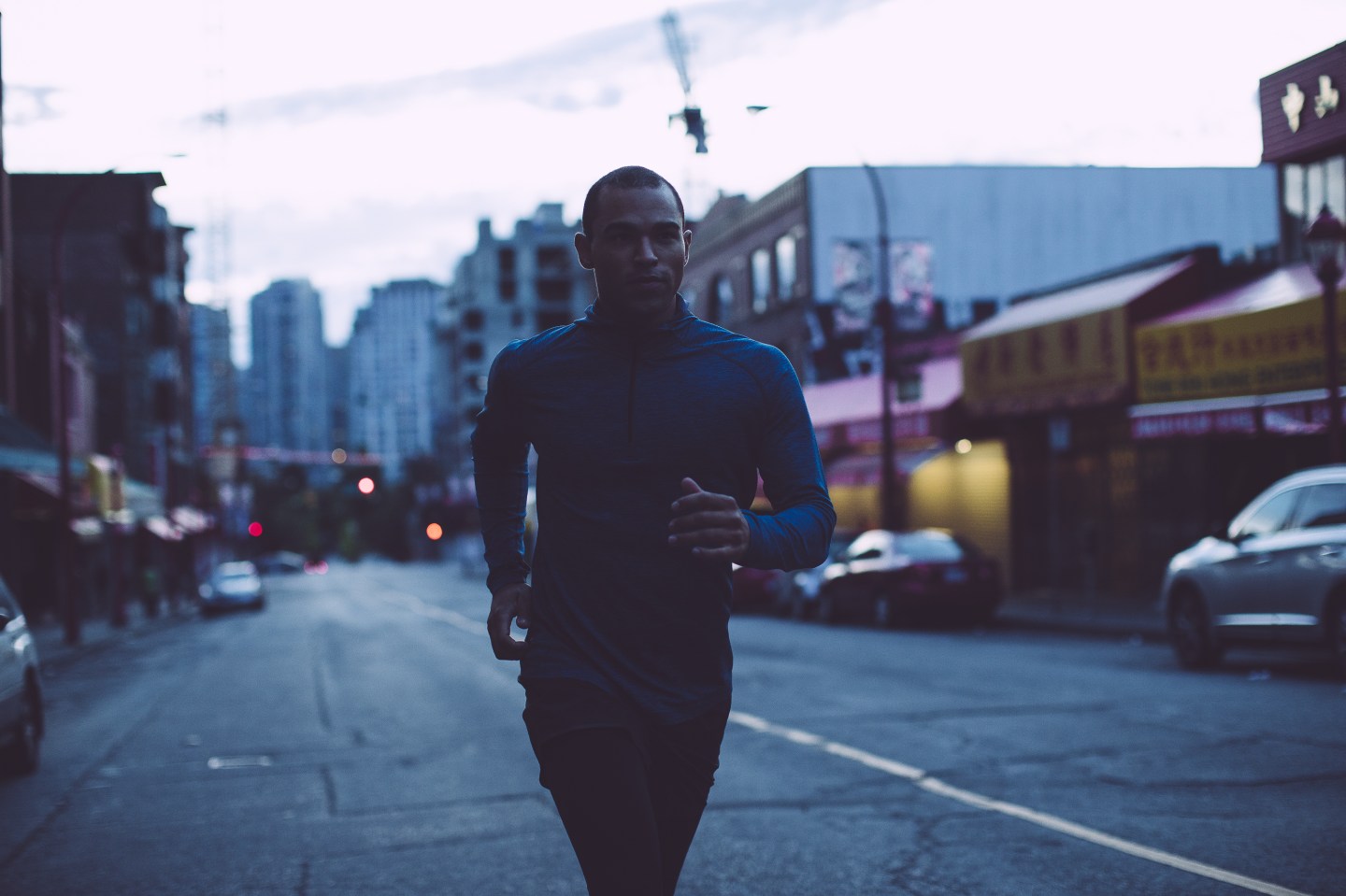 Is it too much of a stretch for Lululemon to think it can get more men to buy its gear? The athletic apparel retailer doesn’t think so.

Much of the media attention on Lululemon’s (LULU) effort to tap into the men’s business — which could potentially reach $1 billion in annual revenue in the next few years — has centered on the thesis that the apparel brand needs to rely on more men practicing yoga. With that premise in mind, observers are curious about how Lululemon intends to stock its first standalone store, which caters exclusively to men and will open in the SoHo district of New York City on Black Friday later this month.

The retailer says its male consumers aren’t just yogis. It sees a broader appeal for the brand among runners, cyclists, CrossFit enthusiasts and other athletes.

“The guest we are going after probably works out five to six days a week, and maybe does yoga one day a week,” Felix del Toro, senior vice president and general manager of Lululemon’s men’s business told Fortune. “He sees the benefit of yoga, not only for his life, but also for his athletic performance. But he’s not a yogi.”

When Lululemon was founded in the late 1990s, the company built its business by focusing on women interested in athletic apparel, with an emphasis on yoga. But the yoga focus has lessened in recent years, and Lululemon’s marketing signals interest in a number of other athletic pursuits, particularly running. Annual sales are expected to total nearly $1.8 billion for the current fiscal year, though men’s gear only accounts for about 13.5% of volume at each of the company’s stores.

Del Toro said Lululemon sees its target male consumer as an athlete in his mid 30s. And while Del Toro admits that many of the men who were first introduced to the Lululemon brand learned about it after an introduction from their girlfriends, or wives, he thinks the brand is now resonating to the point where men are making more trips to the store on their own.

“I would rather build a really meaningful following than gets guys to try the product and not come back,” said del Toro. “Whether it’s a tri club or a CrossFit gym, a spin studio or a running club, building a relationship with him, that’s how he will realize the brand is for his lifestyle, and that it supports his lifestyle inside as well as outside the gym.”

The company’s men’s store will be a 1,600 square foot space in SoHo, with an assortment that is close to triple what consumers would see at an average Lululemon store (although the gear will also be available online). The store will clearly be broken down into three segments: clothes meant for working out, items for cooling off, and casual attire. Lululemon has geared up for this launch by boosting its men’s team. The company hired del Toro about a year and a half ago.

Canaccord Genuity analyst Camilo Lyon had mostly positive things to say about Lululemon’s assortment for men. He likes the “fantastic materials,” which he says provide comfort, but also a little bit of style. However, Lyon said Lululemon can still improve its assortment.

“Their basics are really strong, but some of the items that have a fashion component are only so-so,” Lyon said.

It’s important for Lululemon, which generates far more sales from the women’s business, to expand its customer base by courting more men. Rivals Nike (NKE) and Under Armour (UA) are in the opposite predicament. Their brands resonate more with men, and both are chasing the women’s business. Lululemon is also sending more brand representatives to gyms and running clubs, rather than yoga studios, to get more men to consider their gear.

Athletic gear makers are broadly benefiting from increased spending on athletic apparel — gear that is used for trips to the gym, and also worn more casually as day-to-day attire. But Lululemon is also asking its customers to spend more for its items. A Lululemon half-zip pullover is $84 at its cheapest, far above the $65 Nike charges, and the $60 tag for Under Armour’s most affordable offering.

“Their products aren’t cheap, so that might present an initial challenge in converting that male consumer, who is accustomed to Under Armour and Nike,” Lyon said. “They can make that argument that the product is really great, but they have to make that connection an easy one for the consumer to understand.”

There are already a few new hits in Lululemon’s closet. A male board short, new to the lineup this summer, was a huge seller. Del Toro said men are also responding well to Lululemon’s fabrics. They pass the so-called “sniff” test, according to del Toro. Men are more willing than woman to wear the same gear more than once before washing, and Lululemon says its gear has fibers that help neutralize odor-causing bacteria.

And while the yoga studio appears to be less of a focus for Lululemon as it aims to court a more diverse group of men, observers say more men are practicing the sport, and thus much can be gained from the yogi crowd. Sky Meltzer, CEO of yoga brand Manduka, estimates that roughly 35% of yoga practitioners in the late 20s to early 30s crowd are men. Historically, he thinks men have only made up 20% of the yoga crowd.

“Men are becoming a more important part of the equation,” he said.