Why Ted Cruz Is Predicting a Stock ‘Crash’ 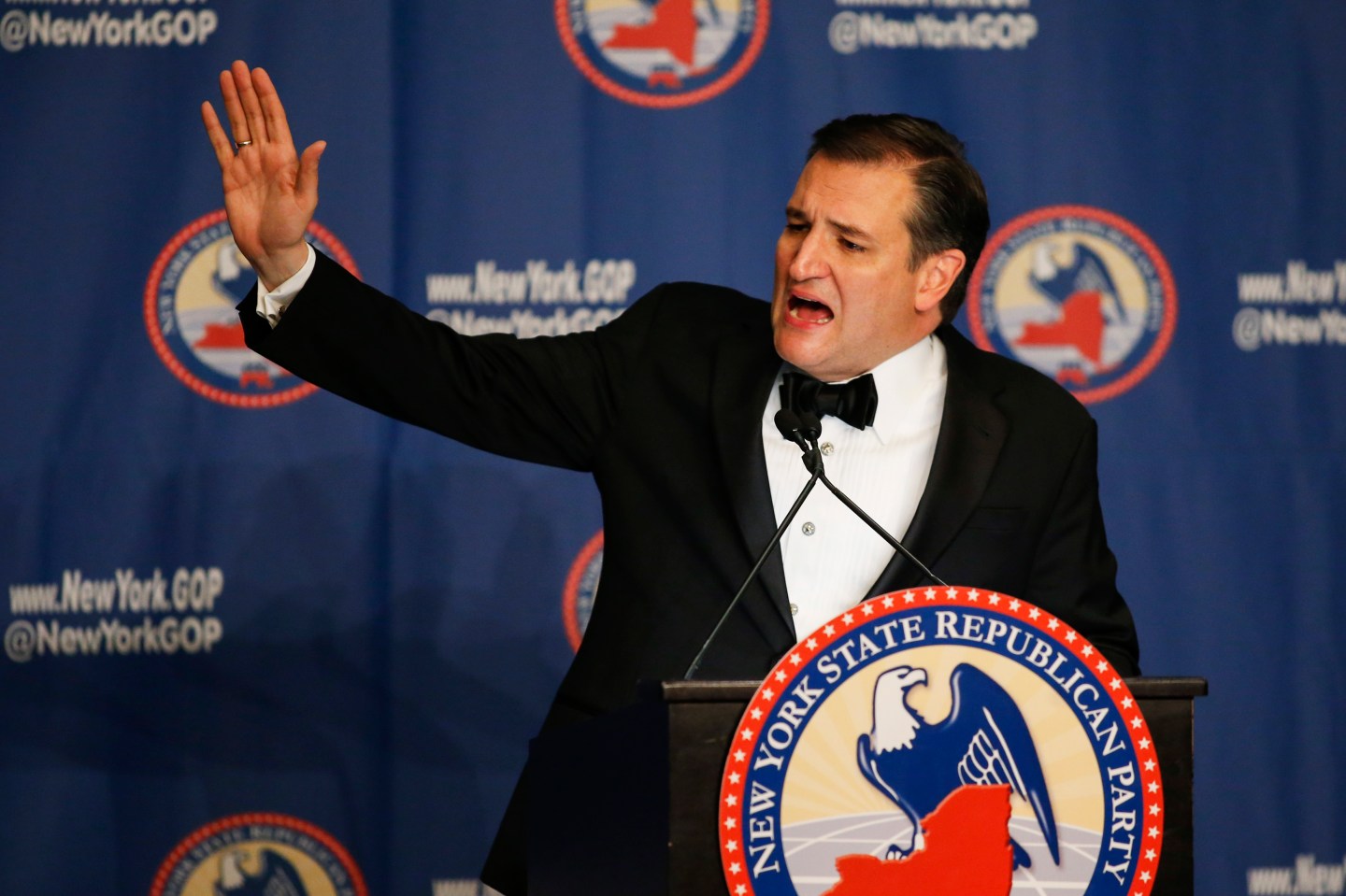 Ted Cruz predicted he could grow the U.S. economy by 5% as president during an interview with CNBC on Friday. But at the same time, the candidate said “a crash will be coming” in the stock market due to the policies of the Federal Reserve.

Cruz criticized the Fed for “playing games with money” by keeping interest rates low since the financial crisis. “I think we’re far better having a rules-based monetary policy, ideally with some tie to gold, so that you have a stable dollar,” he said. “So you know when you’re investing a dollar today, you know that the dollar is going to keep a consistent worth.”

During the interview, he called economic growth his number one priority.