Nobody Knows What Your Emojis Mean 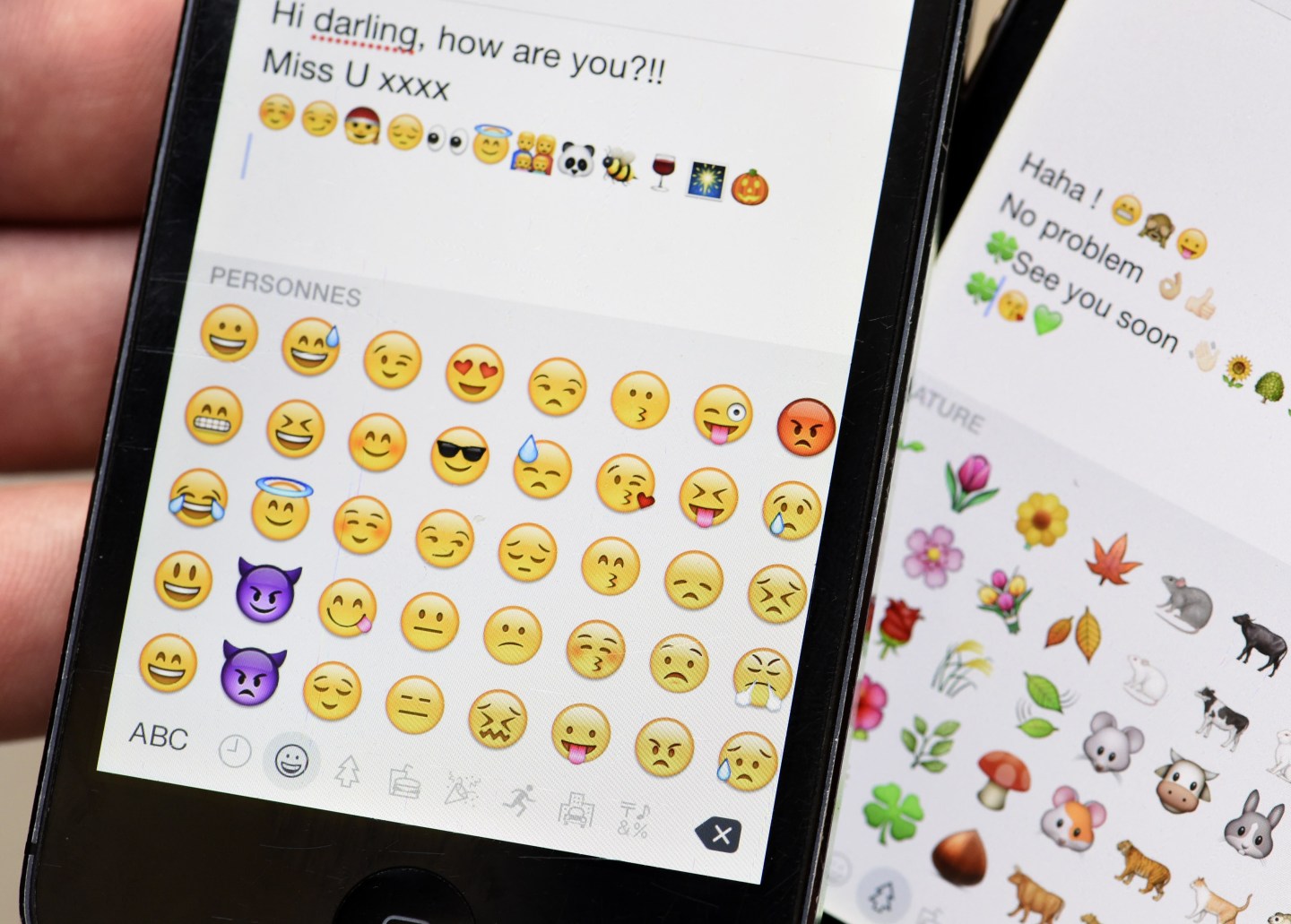 Emojis, the little smiley faces and characters that can be added into texts, emails, and chat messages are a language all their own.

The Oxford Dictionaries went so far as to name one emoji the word of the year in 2015, saying the Japanese-born characters are “a nuanced form of expression, and one which can cross language barriers.”

But this international lexicon has one big problem: No one can agree on exactly what’s being said when we send each other emojis.

A new study from a group of computer scientists at the University of Minnesota found that people interpret the exact same emoji faces in very different ways.

In the study, researchers talked to 334 people across the U.S. who analyzed emojis from Apple, Google, Microsoft, Samsung, and LG. The researchers asked the participants what they thought the emojis meant, how they would describe them, and how they might use them.

And they found that about 25% of the time, even when people are viewing the exact same emoji picture on the exact same kind of device, they disagree about whether the emotion being conveyed by the emoji is positive, negative, or neutral.

Add in the fact that emojis can change expressions slightly depending on what kind of phone a user has, and it’s pretty impossible to know for sure how someone is going to interpret one of your emoji texts.

One of the most confusing emoji offenders is this ridiculous, toothy “grinning face with smiling eyes.”

People in the study often described this face on Google’s system as “blissfully friendly,” while Apple’s toothy face is seen as feistier and more “ready to fight.” But even among Apple users people can’t seem to agree: Is the face grinning or grimacing?

And the toothy face isn’t the only one people are confused about. The most emotionally confusing Apple emoji around, according to the research? The “loudly crying face emoji.”

Are you laughing so hard that tears are streaming down your face…or sobbing uncontrollably? Maybe a little of both? It’s unclear.

For more on emojis, watch:

Lead study author and doctoral student Hannah Miller, who studies computer interaction, tells Fortune it’s possible that people could solve some of these emoji miscommunications by putting emojis in context, adding words into the mix.

But even that doesn’t always seem to help:

Still, the authors say companies could do more to clear up at least some of the emoji confusion. They might develop a kind of emoji translation tool, so people on different platforms can see their friends’ emojis in the same format as they were sent. (A Samsung user, for example, would see an emoji from an iPhone’s sender displayed just as it is on its iPhone, and vice versa.)

Or companies might create one unified set of emojis for all platforms, a kind of universal “Times New Roman” font for emojis, so that all of these different smiles could be reduced to just one, single, universal face:

For now, the researchers press it’s just important to know your emojis may not be received the way they were intended. And maybe that’s just part of the inherent silly fun of exchanging emojis: that potential emoji fail, that possibility for misinterpretation.

Miller experienced it herself recently, when someone Tweeted at her about the new study. Of course, they included one of those grinning (or was it grimacing?) toothy smiles.

“I didn’t know whether they liked our study or not,” Miller said.

.@hannahjean515 My face when I read your article on misinterpreting emojis across different platforms 😁 https://t.co/Aj9PYvIIWk