The J. Peterman ‘Urban Sombrero’ From Seinfeld Is Happening 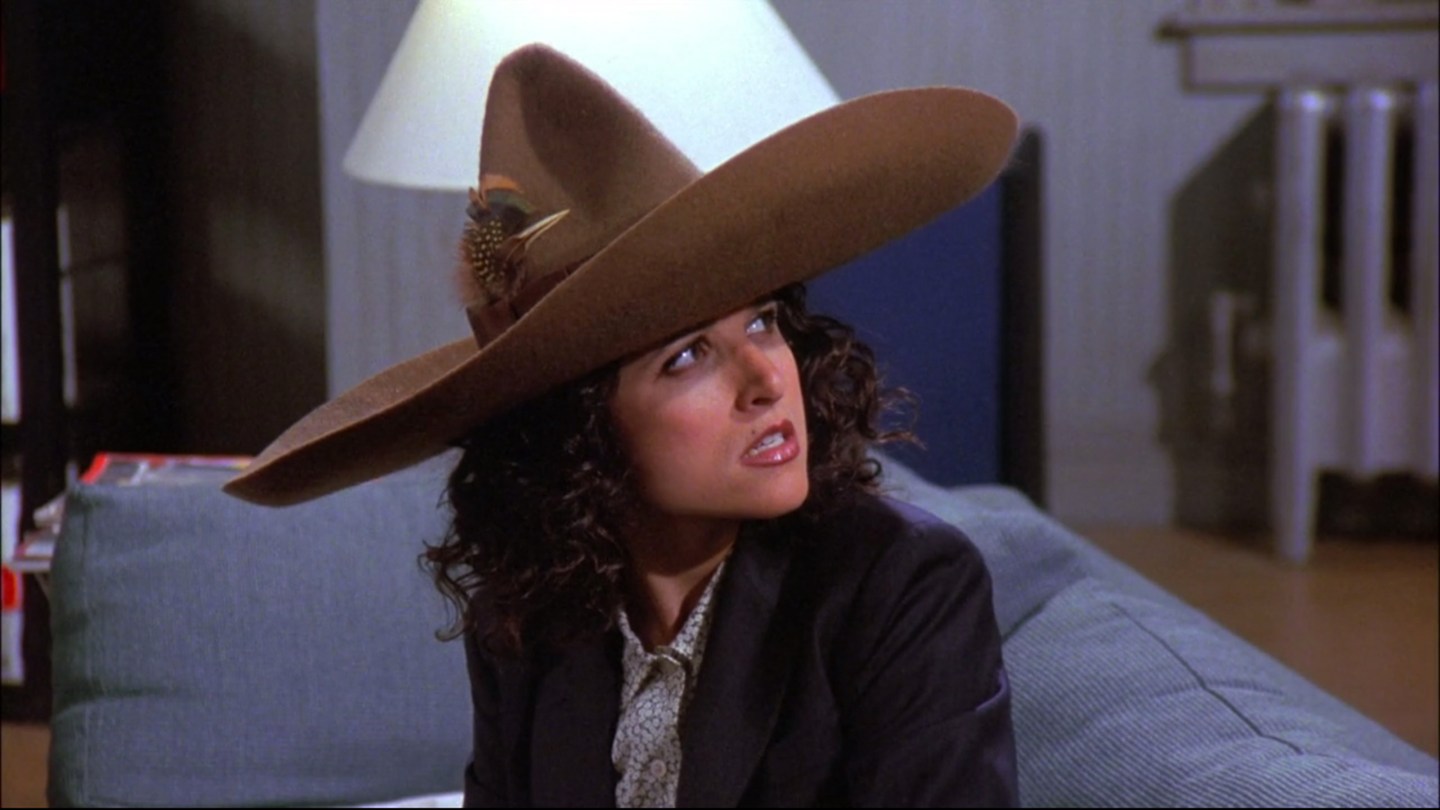 With these words, John Peterman—iconic businessman, world traveler and bon vivant—told John O’Hurley, the actor who played him on Seinfeld, that he wanted to turn the “urban sombrero” into a real product. This week, he launched a 40-day Kickstarter campaign to do just that.

Indeed, while most every true Seinfeld fan knows the episode with the urban sombrero, not all are aware that the character of Peterman, Elaine’s boss, was inspired by a real person with a real clothing catalog. But his story is worth telling.

Peterman, a former minor-league baseball player, founded the J. Peterman Company in 1987 and soon grew it into a successful mail-order clothing brand that counted Bruce Willis and Oprah Winfrey as fans. Its sole sales and marketing tool was the Owner’s Manual—an illustrated catalog featuring factual but romantic descriptions of items such as the horseman’s duster and the Australian drover’s hat. Some of the bewitchingly florid ad copy was based on Peterman’s own travels.

A dog-eared copy of the Owner’s Manual made the rounds among the Seinfeld writers, and eventually—without asking the real Peterman’s blessing—they wrote a version of Peterman into the show as Elaine’s new boss. At one point, the fictional Peterman leaves it all to go to Burma, and Elaine takes over as president, conceiving the ill-fated urban sombrero to combine “the spirit of old Mexico with a little big-city panache.”

Related: What Jessica Seinfeld Says Every Entrepreneur Should Know About Success

Although the headgear flopped on the show, the real-life J. Peterman was flourishing: in 1996 it raked in $70 million in sales revenue. But then, in January 1999, following an overly aggressive expansion into brick-and-mortar retail, Peterman found his company entering Chapter 11 bankruptcy. In a piece for the Harvard Business Review later that year, the company’s founder confessed to having felt “swept along” by his company’s momentum. “I watched it hit its stride—and then I watched it stumble and fall,” he wrote.

But all was not lost. When the company that had acquired J. Peterman also filed for bankruptcy protection, in 2001, Peterman managed to regain control of the intellectual property. He offered O’Hurley the chance to become a part owner and help resuscitate the brand. The actor was thrilled—and he soon proved to be a less-than-silent investor.

“From moment one, I said we should do the urban sombrero. It’s the greatest sight gag,” O’Hurley says. “There are enough Seinfeld fans who will enjoy it, and it might be the thing that draws them into the company.” To hear him tell it, the real Peterman reacted to these suggestions much as O’Hurley’s character reacts when Elaine shows him the hat: “The horror … The horror …”

Worse, actually: O’Hurley describes it as “foaming-at-the-mouth anger” that spilled over into board meetings. At one point, the two men shot a pilot for a television show about traveling the world in search of interesting things, and it featured a scene of them sharing a bottle of wine and arguing about the sombrero.

And so when Peterman finally acquiesced, it was something of a miracle—a decision justified in his own mind, as he writes on Kickstarter, by the consideration that the ill-conceived hat “has served enough time in purgatory.” (When he broke the news to O’Hurley, the actor says, “I about spit the coffee out of my mouth.”)

Peterman might as well have been speaking to all of Internet fandom—and indeed, now he is. Although he had to be “pulled kicking and screaming” into the world of ecommerce, O’Hurley says, Peterman has now embraced Kickstarter as a way to break free of his credit line and involve his core customers in the creative process.

This is reflected in the campaign’s pitch video, which depicts the mustachioed founder as the captive of banks, his creative freedom bound by financial constraints. For the past several years, says O’Hurley, “we were doing stuff that anybody could do, and we were just putting a story to it.” With a funding goal of $500,000, the Kickstarter campaign, which aims to fund the production of a flapper dress and a motorcycle jacket along with the sombrero, could mark a new chapter for the brand.

The rewards for donors include discounted items from the catalog and a full Scottish kilt ensemble. Pledge $8,600 or more and you can join Peterman on a week-long buying trip to the United Kingdom or the south of France. With 37 days left to go, the campaign has so far raised nearly $20,000.