HTC Cranks It to 10 With Latest Smartphone 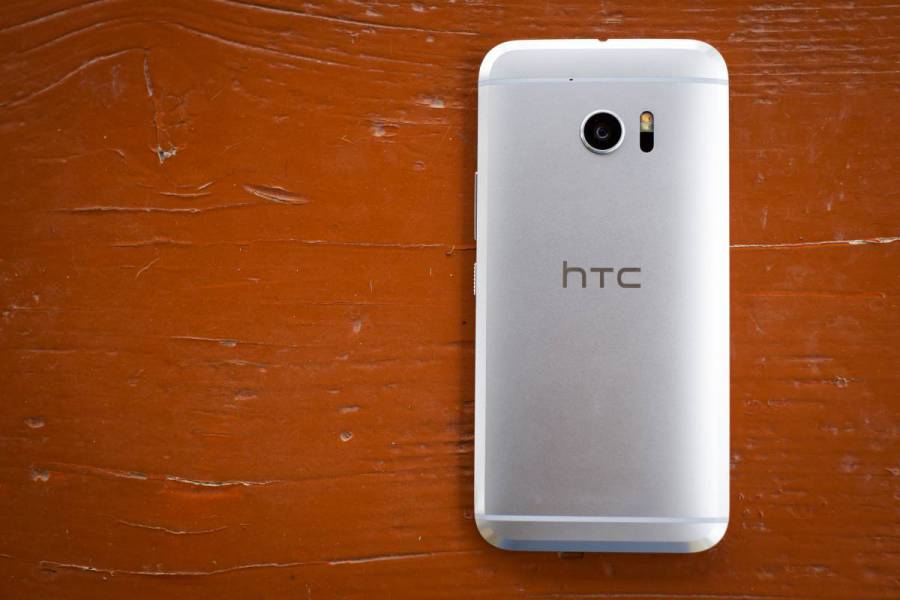 Following the release of the LG G5 and Samsung’s S7 lineup, HTC has unveiled its latest smartphone, the HTC 10.

Why 10? Nigel Newbyhouse, HTC’s assistant vice president of product planning, frames it as, quite simply, as a smartphone worthy of a “perfect ten.” Newbyhouse claims the HTC 10 is “the most complete phone HTC has ever made,” after conceding last year’s HTC One M9 wasn’t as successful as the company had hoped.

As seen in a leaked promotion video on Monday, the HTC 10’s design introduced on Tuesday boasts a familiar metal housing. However, HTC (HTC) has stretched the display from 5 to 5.2-inches, ditching the often joked about “chin”—or black bar that served no real purpose other than to display the HTC logo on the front of the device on previous models.

Now, just below the screen is a home button that doubles as a fingerprint reader for unlocking the device and mobile payments. Flanking either side of the home button are a back button and a multitasking button. Dual-chamfered edges help make the HTC 10 fell thinner than its 9mm thickness.

The HTC 10 is powered by Android Marshmallow 6.0.1, the latest version of Google’s (GOOGL) mobile operating system. HTC Sense, the company’s proprietary skin that runs atop Android is also present, although it’s been toned down with the firm removing repetitive apps and doing its best to cut down on bloatware. For example, Newbyhouse says HTC worked closely with Google to determine which HTC or Google apps could be removed.

Based on those conversations with Google, HTC removed Google’s phone and messenger applications in favor of its own dialer and message apps. Conversely, HTC axed its own browser and Polaris Office from the HTC 10, using instead Google’s Chrome browser and Google’s productivity suite of apps.

Removing redundant applications and bloatware is something Samsung could benefit from with its S7 lineup, and it’s an initiative worth applauding HTC for taking on.

Inside the device is Qualcomm’s Snapdragon 820 process, four gigabytes of memory, a 3,000 milliamp-hour battery, and either 32GB or 64GB of storage. (It should be noted that HTC states different territories will use different versions of the Snapdragon processor, but all U.S. models will use the 820.) A microSD card slot can be found on the left side of the device, accepting up to two terabytes of additional storage.

Perhaps the most notable change that HTC has made is the device’s camera, an admittedly weak point of previous models. The new UltraPixel 2 rear camera is 12-megapixels and features optical image stabilization (OIS). On the front of the HTC 10 is a five-megapixel camera, also featuring OIS.

As we saw with Samsung’s new camera technology in the S7 lineup, HTC has taken the approach to increase the size of the pixels, in turn allowing the device to capture more light in low-light conditions. In fact, HTC’s new camera technology matched DxOMark’s score of 88 for the Samsung Galaxy S7 Edge as the top smartphone camera currently available. Apple’s iPhone 6S Plus scored an 84 in the same tests.

For more on HTC, watch:

I’ve been using the HTC 10 for the past week and have found the overall experience to be familiar to what HTC users have grown accustomed to, only refined. Eliminating redundant applications is appreciated, along with the boost in screen size without drastically increasing the overall size of the phone itself.

The design of the phone reminds me—especially when viewing the face of the device—of the original iPhone. The black face with silver surrounding the screen, for whatever reason, screams iPhone to me more than any smartphone in recent memory. The camera, thus far, has been fast, responsive, and reliable in the images it captures. Battery life, too, has been impressive, with HTC claiming 48 hours of use on a single charge.

An in-depth review of the HTC 10 by Fortune is forthcoming.

Starting today, HTC is accepting preorders for a $699 unlocked version of the 10 that is compatible with AT&T (T) and T-Mobile in the United States. The unlocked version will begin shipping in May.

Sprint (S), Verizon (VZ), and T-Mobile (TMUS) will also carry the HTC 10, with pricing and availability expected to be announced by each respective carrier.