Dinosaurs of the Space Age Take on Elon Musk 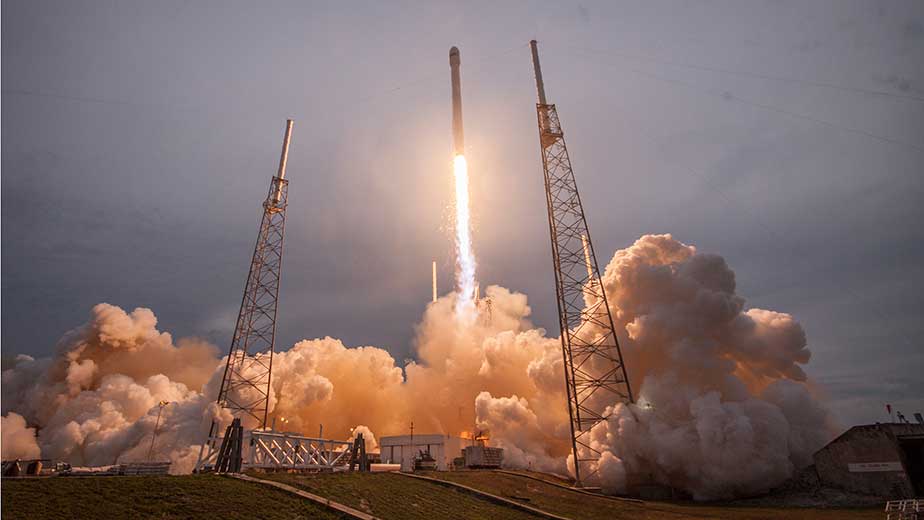 The $250 billion space industry is facing a challenge that could have been lifted right from the pages of Harvard Business School Professor Clayton Christensen’s seminal book on disruption, The Innovator’s Dilemma.

Initially belittled, the new entrants have slowly but surely proven that their low-cost birds can take flight and lure business away from the traditional players. On Friday, Musk’s SpaceX successfully landed one of its rockets on a barge at sea—a breakthrough moment for its reusable technology that could help slash the cost of getting things into orbit.

At Boeing, the shift to become more nimble is challenging a culture that was built on NASA’s “cost plus” contracts, which emphasized safety, redundancy, and comprehensiveness over speed and reducing expenses. The government switched to fixed-price contracting for its space taxi program when it selected winning bids from SpaceX and Boeing almost two years ago, upping the pressure on Boeing to adapt. And billionaire-funded competition is also coming from the Jeff Bezos-backed startup Blue Origin, which also demonstrated a rocket that can return to earth for a landing, and Richard Branson’s Virgin Galactic.

At the MIT New Space Age conference over the weekend, Boeing’s Naveed Hussain, who heads the company’s world-famous R&D facility in southern California, maintained that the company still could thrive amidst the evolving landscape.

Hussain sounded a bit defensive, speaking a day after the SpaceX barge landing and addressing a group composed mostly of startup entrepreneurs, venture capitalists, and students. Amid the Musk-mania, Hussain reminded the audience that Boeing had displayed a rocket that could land and be reused back in 1993. (The DC-X was made by McDonnell Douglas, which Boeing acquired in 1997.)

“This is a concept that we’ve proven,” said Hussain. “We are ready to compete. It’s game time, and what are we going to do?”

But Hussain’s solution might not have impressed Christensen and his many disciples of disruption theory. Boeing’s big move, Hussain explained, was to borrow its innovative use of composite materials from the 787 airplane and try to adapt the technique for rocket parts. Because composites can replace heavier metal components, they could be used to greatly reduce the weight of a rocket, lowering the cost of getting items into orbit.

Applying expensive innovations from one massive, slow moving program to another isn’t a recommended tactic according to Christensen, who favors that big companies establish free-standing, free-wheeling subsidiary units to push the boundaries of innovation and compete with startups.

But Hussain defended the importance—and impact—of big innovations like its composite technology. “We can take this expertise and apply it to change the game in space,” he posited.

Boeing’s first application for the space program is a composite pressurized fuel tank that is 30% lighter and 25% less expensive than the metal version it might replace.

Still, the tank won’t be ready for Boeing’s Space launch System, a Shuttle replacement program slated to begin launching humans into orbit in the early 2020s.

Meanwhile, SpaceX wants to help bring astronauts to the International Space Station as soon as next year and Blue Origin wants to start commercial, unmanned launches to lower orbits later this year.