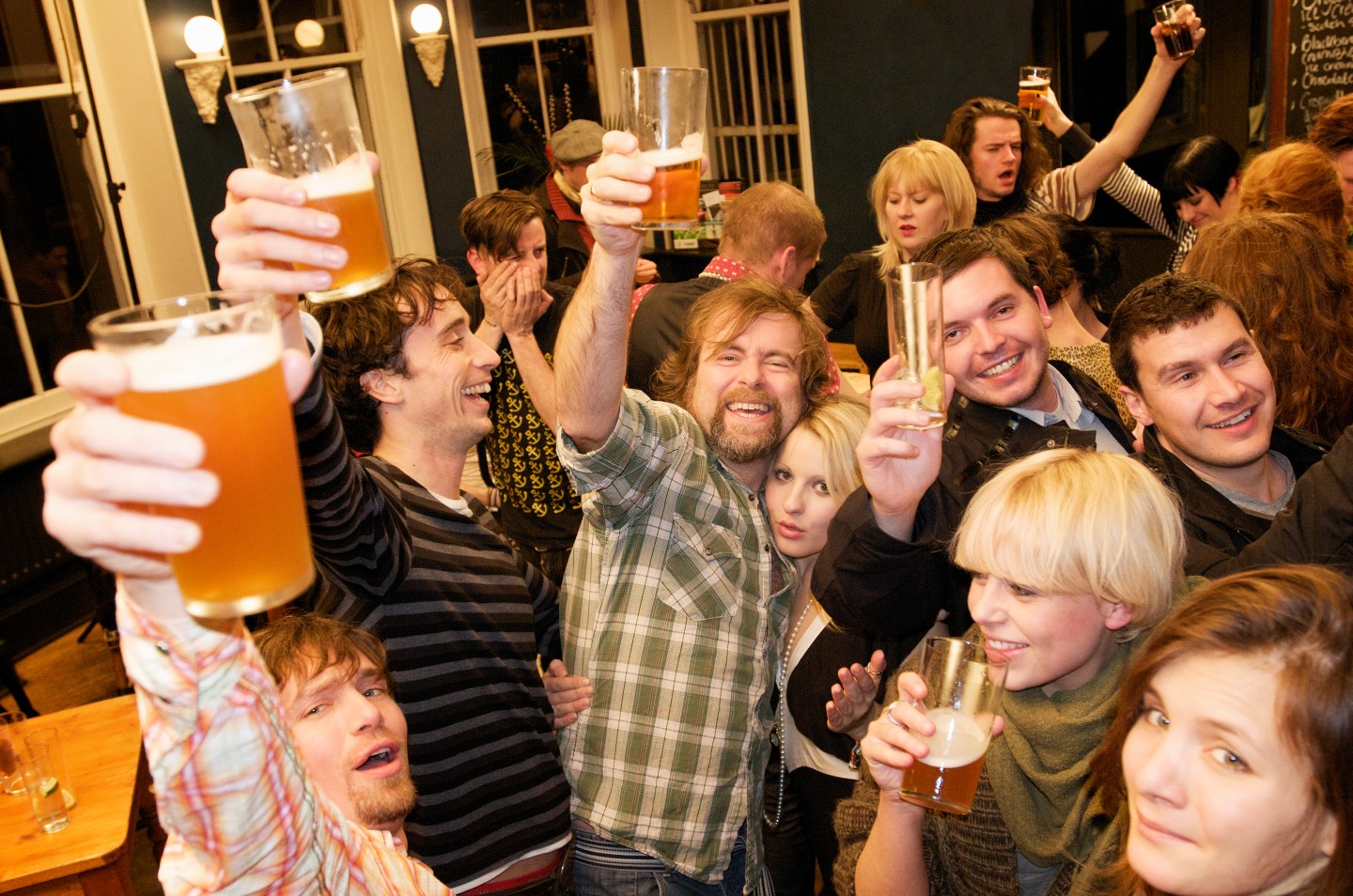 Social media is abuzz about a national holiday that can be celebrated at any neighborhood watering hole: Today is National Beer Day.

First conceived in 2009 by a man named Justin Smith, the boozy holiday predates the social media craze but is finding it’s perfect for sites like Twitter and Instagram. Brands can boast about the holiday, consumers can mark the day and check into their local bars, and this year, most Americans can also celebrate the fact that the weekend is just another day away.

As AB InBev (BUD) notes, National Beer Day is closely linked to the end of Prohibition, a 13-year period of time that ran through the 1920s and early 1930s in which it was illegal to consume, produce, or distribute alcoholic beverages. Specifically, the holiday is closely tied to the Cullen–Harrison Act, which was signed into law by President Franklin D. Roosevelt in 1933 to mark the end of the alcohol ban.

Since then, beer has boomed into a $106 billion business. And late last year, it was reported that America finally had more breweries than ever before, eclipsing a historic high that was set back in 1873.

Much of the industry’s growth today can be attributed to small, independent brewers, initially led by Sierra Nevada, Sam Adams producer Boston Beer (SAM), and others that launched their businesses in the early 1980s. More recently, San Francisco-based Anchor Brewing is often named as having inspired the growth of craft breweries in the U.S. (though the term craft wasn’t marketed at the time). Big Beer is paying attention and buying up its smaller rivals. That local beer you love might not be so local anymore.

And while Americans drink more beer than wine or spirits, they are increasingly favoring the other two alcoholic beverage categories. Beer made up 56% of the total alcohol beverage market in 1999, a figure that shrunk to 47.5% last year. Most of the business has been ceded to spirits, with American whiskeys and tequila selling particularly well in recent years.

So if you are truly in the spirit of giving beer a toast, grab a cold one today. But drink it responsibly.