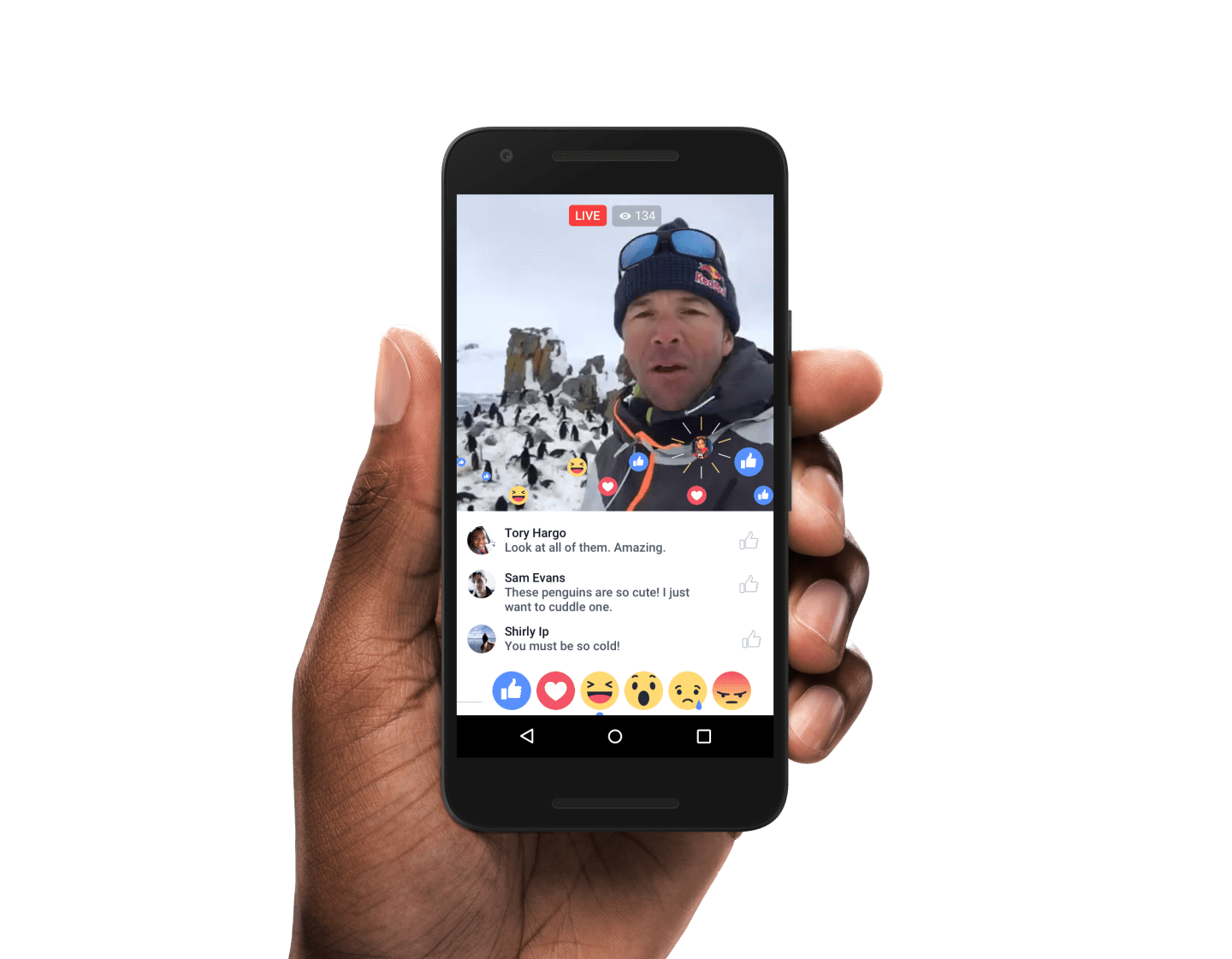 Facebook has also created a dedicated place to watch live videos and a potentially powerful world map that shows where live public broadcasts are coming from at any given moment.

Facebook’s latest spate of new products draws from its competitors: Doodles are straight out of Snapchat, and live reactions look a lot like Periscope’s fluttering hearts. Others, like the ability to invite a friend to a livestream, and the live map, feel innovative and unique to Facebook.

“Live is the natural evolution of the trend toward more and more immersive videos,” says Fidji Simo, director of product at Facebook. “Live is very suited to the Facebook experience.”

The only problem with Live, according to some users, is that the urgency can feel a bit a little pushy. When Facebook wants its 1.6 billion users to experience a new product, the company has plenty of levers to pull, including its News Feed algorithm and notifications, to make sure they do. Earlier this week The New York Times called the videos “annoying and intrusive.”

Simo said the company has heard those complaints, and is building a feature so users can turn off live video notifications that will be available in the next few weeks. “We are constantly walking the line between people telling us they’re upset if they missed something live, while also not sending too many notifications,” she says.

With Live, Facebook inches closer to competing with the most compelling parts of its competitors’ offerings. Twitter has even recently defined itself around live commentary, connections, and conversations. Facebook’s algorithmically sorted News Feed doesn’t have the same urgency as the live content on Snapchat, Twitter (TWTR), and Periscope (which is owned by Twitter). With a beefed-up Live product, the social media giant takes another step toward changing that.