Bill Ackman Hints Who Valeant’s Next CEO Will Be 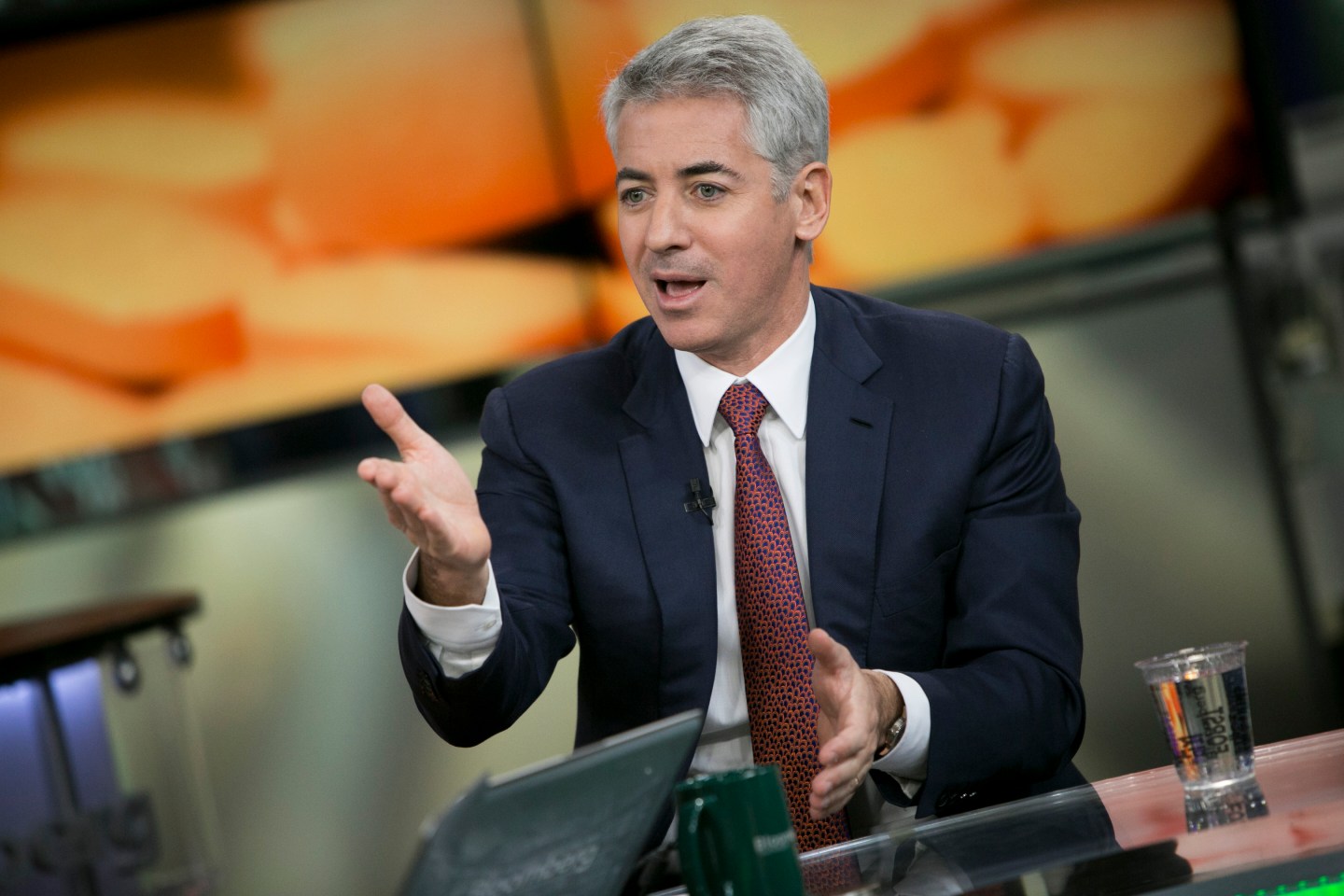 Since Bill Ackman joined the board of Valeant Pharmaceuticals (VRX) almost three weeks ago, the hedge fund manager has largely been focused on finding a new CEO to replace Mike Pearson, the current chief whom he reportedly helped push out.

During a conference call to discuss first-quarter results for his hedge fund firm Pershing Square Capital Management, Ackman described an “intensive” process over the past few weeks as he and a handful of his employees have worked with the embattled drugmaker in its search for a new leader. Valeant has cost Pershing Square about 80% of its nearly $4 billion investment in the company, Ackman said—equating to a loss of more than $3 billion. Those losses added to Ackman’s bad investment performance as of late. In the first quarter of this year alone, Valeant dragged the hedge fund down 16% alone. Overall, the fund fell nearly 26%.

But Ackman is sticking with the bet because he believes that with Pershing’s help in picking a new CEO and activist role on the board, Valeant’s stock will “recover very, very quickly.” Valeant’s shares rose nearly 19% on Wednesday following Ackman’s comments.

As for who is in the running to be Valeant’s next CEO, “there’s not a list of 100 candidates for the job,” Ackman said, but rather a short list of top potentials. It wasn’t hard to generate a qualified pool of applicants, he added, because the ongoing M&A frenzy in the pharmaceutical sector has left a lot of competent executives on the sidelines after their companies were acquired. There were more than $500 billion in pharma and health care acquisitions last year alone, according to Thomson Reuters—and that’s not even counting the recently failed merger between Pfizer (PFE) and Allergan (AGN).

Who could Ackman have in mind? He didn’t mention any candidates by name, but there are indeed many possibilities that fit his criteria. Take, for example, former Allergan (AGN) CEO David Pyott, who stepped down from that role after the company was acquired by Actavis (which later adopted Allergan’s name). But Pyott would make an ironic choice to run Valeant, given he was one of the most vehement critics of the company and Ackman in 2014, when Valeant teamed up with the hedge fund manager in an unsuccessful hostile takeover attempt of Allergan. Pyott has called for the Securities and Exchange Commission to investigate Ackman for insider trading. For that matter, former Actavis CEO Paul Bisaro may also be interested in a new C-suite gig, though he’s currently serving as Allergan’s executive chairman.

Other high-profile CEOs who lost their jobs when they sold their companies include Michael Ball, former CEO of Hospira, which Pfizer bought last year, though Ball was tapped earlier this year to run Alcon, the struggling eye-care business owned by Novartis (NVS). Then there’s Francois Nader, former CEO of NPS Pharmaceuticals before it was acquired by Shire (SHPGF) last year, who besides sitting on a few boards, seems to be available. And Ludwig Hantson, the current CEO of Baxalta (BXLT), which Shire also acquired a few months ago, is set to leave his post after that deal closes later this year. Salix Pharmaceuticals, which Valeant itself bought last year, did not have a permanent CEO when the deal was announced, but its acting CEO at the time, Thomas D’Alonzo, likely already knows Valeant pretty well.

And that’s just to name a few of the pharma execs floating about the industry. In a clear understatement, Ackman added that taking the reins at Valeant would be attractive to someone who relishes a challenge. Plus, with expectations for Valeant as low as they are, the next CEO doesn’t really have to worry about big shoes to fill, Ackman suggested: “You don’t want to be CEO after Jack Welch has been running the company,” he said, referring to the legendary CEO of General Electric (GE). “That is not lost on the candidates that we’re considering.”

To prove to investors that Valeant is worth saving, Ackman gave it another bullish endorsement: “There is more upside in Valeant certainly in the short term than probably any other investment in our portfolio,” he said on the call. “We do believe we can recover the lion’s share of our investment, if not all of it, over time.”