How a Photographer’s Project Is Highlighting Diverse ‘Techies’ 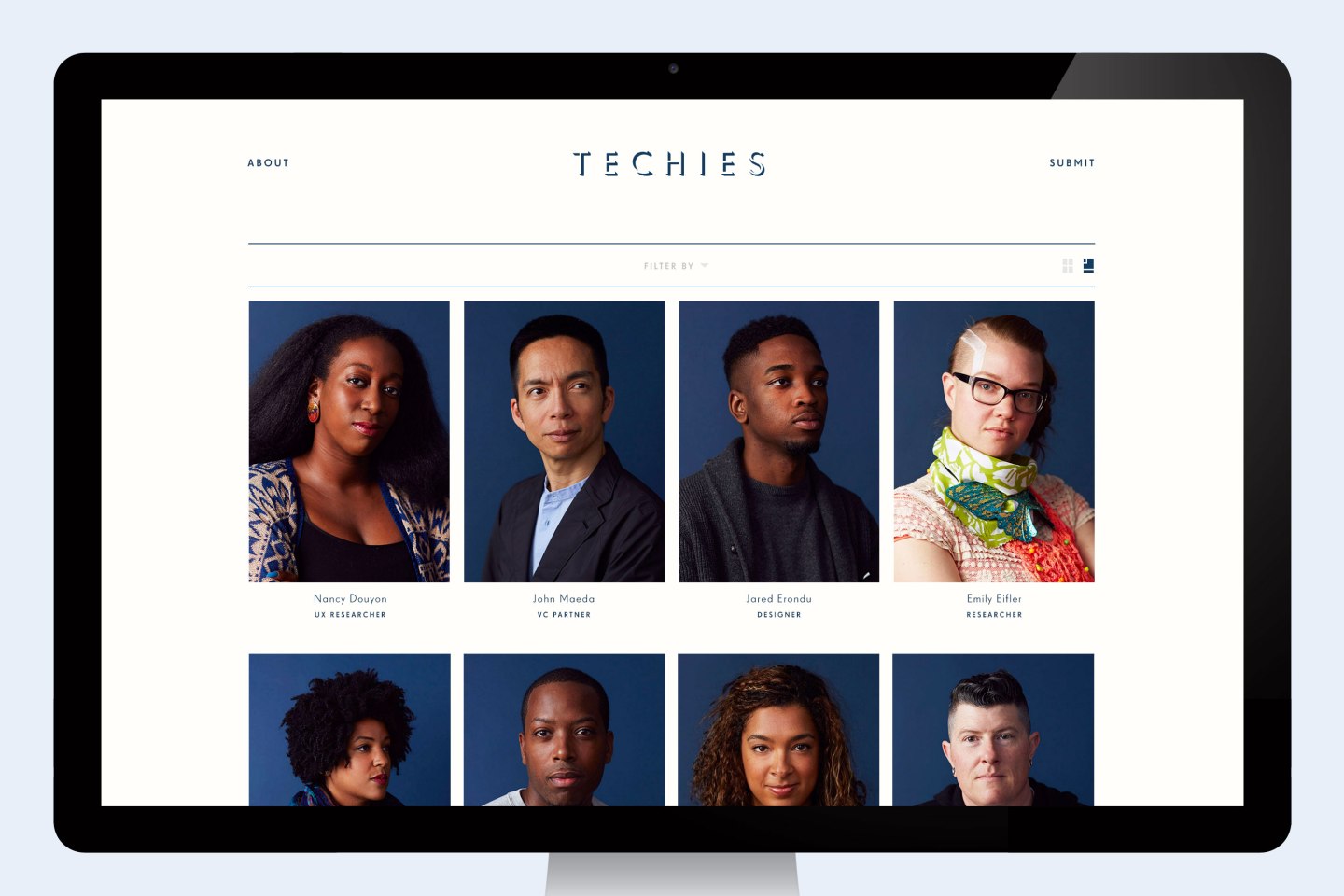 Helena Price was always drawn to technology, even while growing up in her small town in North Carolina. But she didn’t discover the mechanics of the industry behind some of her favorite services like AOL’s AIM chat until she got to college and eventually joined a couple of startups after graduation. Worse: She spent years feeling like an outsider because everyone she met had fancy pedigrees and degrees from prestigious schools.

But fast forward to today, and Price is a sought after photographer living in San Francisco who has worked with the who’s who of the tech industry. Her camera has seen the offices of every major company including Facebook, Uber, Twitter, Instagram, Airbnb, and Microsoft.

Her latest project, however, goes back to those feelings of inadequacy and searching for others in the tech industry who, like her, weren’t the usual suspects when it comes to typecasting tech workers. On Monday, she unveiled the fruits of a three month-long project, completed with the help of designer Alonzo Felix and developer Martha Schumann, that seeks to showcase the 100 members of the tech industry whose backgrounds are diverse and unique.

She titled the project “Techies,” a common term for tech workers and one that, as tensions in San Francisco have grown heavy thanks to astronomical rent prices and cultural clashes, has become “derogatory,” according to Price.

“I want people from outside of tech to realize that there are lots of different people here in tech,” Price told me last week. “I want to show that people are here because they love what they do, but there’s a lot of adversity,” she added.

Scrolling through the website, each of the project’s subjects stands out despite being photographed on the same dark background in one of a couple of poses, a testament to their diversity. Some are better known faces to Silicon Valley insiders like journalist and investor Om Malik, investor John Maeda, entrepreneur Tristan Walker, entrepreneur Laura Weidman Powers, engineer Tracy Chou, designer Julie Ann Horvath, entrepreneur and journalist Evelyn Rusli, investor Kanyi Maqubela, and entrepreneur and journalist Brian Lam. Others, however, aren’t well known startup founders or investors. And in some cases, their portrait doesn’t immediately divulge the type of challenges they have faced.

“How do you look at these people and not think that they’re incredible?” Price exclaimed, with an obvious awe at her own subjects’ stories and journeys to the tech industry. “Your idea of qualifications needs to expand a bit,” she added, as if speaking to the tech industry’s hiring managers and investors.

Over the last couple of years, Silicon Valley’s lack of diversity among its ranks has gained increasing attention. Major companies like Facebook, Twitter, Pinterest, Google, and others have begun to release annual reports that detail the demographic breakdown of their workforces. They consistently reveal an underrepresentation of women and especially Latino and black employees. (Check out Fortune‘s comparison of several tech giants’ numbers from last summer.)

On the venture capital side, the numbers are even more dismal, with women making up only 6% of decision-making investors are major funds, according to a recent Fortune report.

“We’re all in this race, and some people start a mile or two back,” Price said to describe the challenges of people from disadvantaged backgrounds. “In many ways, this project is an exploration of what this mile or two back looks like.”

Eventually, Price hopes to expand her project beyond this initial website. She’s currently working on an event, tentatively scheduled for May, and eventually would like to create a book that would encompass many more stories than the 100 she started with. Facebook, Medium, Ueno sponsored this project, and she hopes to get more backers for future undertakings.

Though she says she’ll never go back to working in the tech industry (she spent several years doing marketing, business development, and other non-technical jobs for a few startups before becoming a full-time photographer in 2013) she’s not a tech hater at all. Rather, she says that she’s “grateful for tech” and the opportunities it has brought her.

And luckily, that’s a sentiment echoed frequently throughout the interviews with her subjects, weaved alongside their incredible stories of overcoming challenges.