Your Apple Store Bags Are About to Change 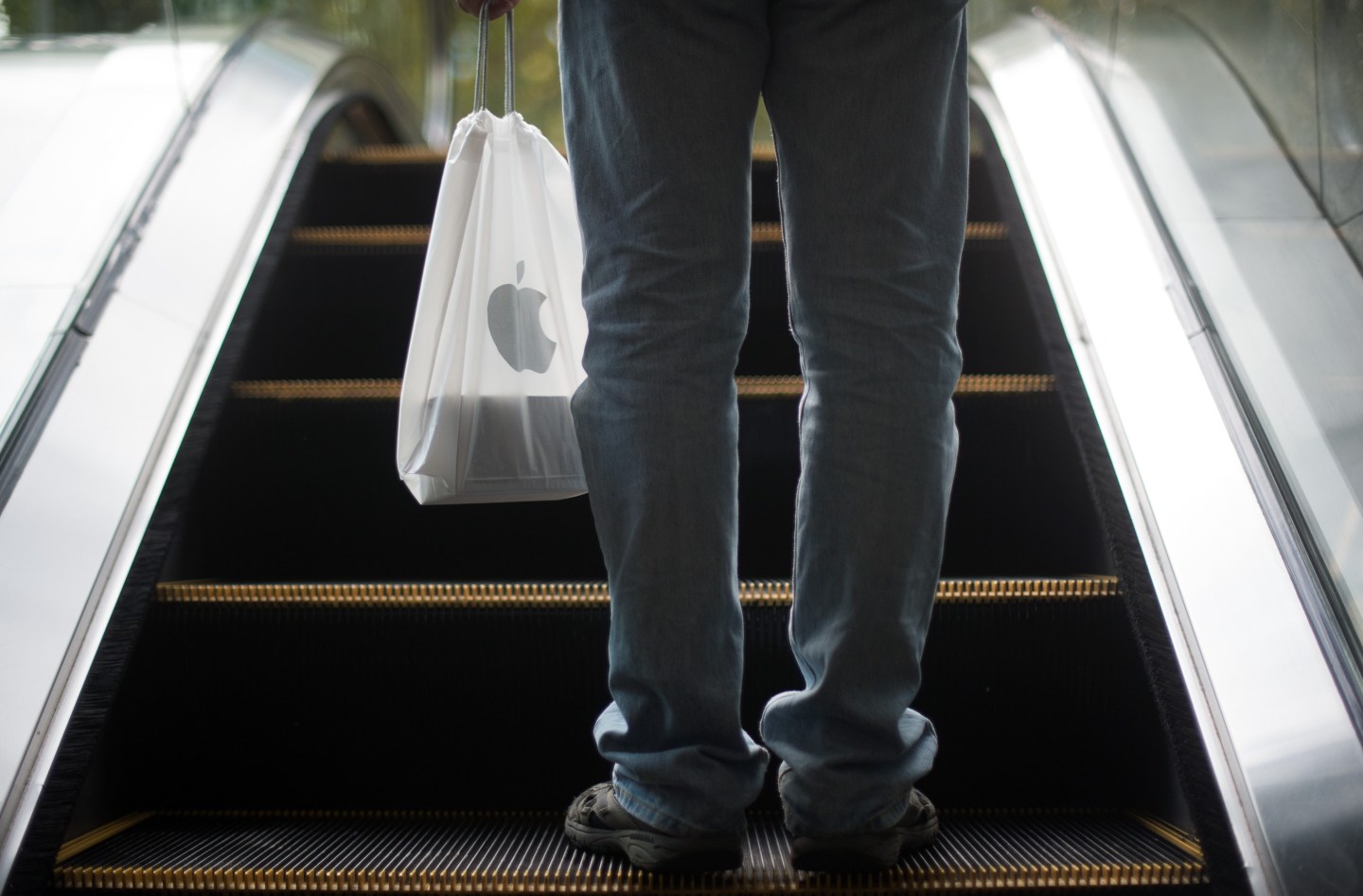 A Chinese man holds his new iPhone 6 in a bag in Shanghai on October 17, 2014. Apple began selling its latest iPhone in China, nearly a month after other major territories due to a licence delay by regulators, but it faces a tough battle with rivals led by Samsung in the crucial market. Staff at an Apple Store in downtown Shanghai clapped and congratulated iPhone 6 customers as they left the shop, which opened two hours early for those who had pre-ordered. AFP PHOTO / JOHANNES EISELE (Photo credit should read JOHANNES EISELE/AFP/Getty Images)
Photograph by Johnannes Eisele — AFP/Getty Images

The familiar plastic bags Apple hands you when you buy one of its products are being retired.

Starting April 15, Apple will transition to paper bags as part of a broader push to improve environmental-friendliness. The simple, white plastic bags that featured an Apple (AAPL) logo and drawstring to make a product easier to carry will be phased out. The new paper bags will be made of recycled paper.

Reports that Apple would be changing its bag design kicked off Tuesday morning when Apple-tracking site 9to5Mac published a correspondence between Apple and its retail employees. That letter, which was obtained by the site, says that the new paper bags will come in medium and large sizes. Apple urged stores to use all the plastic bags they have in stock before moving to the paper options, to conserve its inventory of new bags, and to ask customers if they even want a bag before handing them one.

Apple’s retail store bags have largely remained unchanged over the last several years. The bags are simply designed but still nice-looking, and they are immediately recognizable when someone is walking through a mall with one.

With paper bags, though, Apple appears to be worried more about its environmental impact than anything else. While the company will still want an attractive and identifiable bag, it’s Apple’s use of paper and recycled materials that will go a long way in improving the eco-friendly credibility that the tech giant has been trying to build over the last few years.

Indeed, during its “Let Us Loop You In” event on March 21, Apple spent considerable time talking about its desire to improve its sustainability efforts, noting that 99% of all of its product packaging is now sourced from recycled paper or sourced from a sustainably managed source. The company also said it’s working on protecting forests across the eastern part of the U.S., and it talked about plans to recycle iPhone components to use in other products.

For more about the Apple Store, watch:

Meanwhile, Apple has an entire page dedicated to the environment on its site, underscoring interests to stop climate change as well as highlighting strategic moves meant to reduce its carbon footprint. Most notably, 100% of the company’s U.S. operations run on renewable energy.

The new bags, therefore, are just an extension of Apple’s plan to expand upon its green initiatives. Starting on April 15, it’ll put one of those initiatives into its customer’s hands.