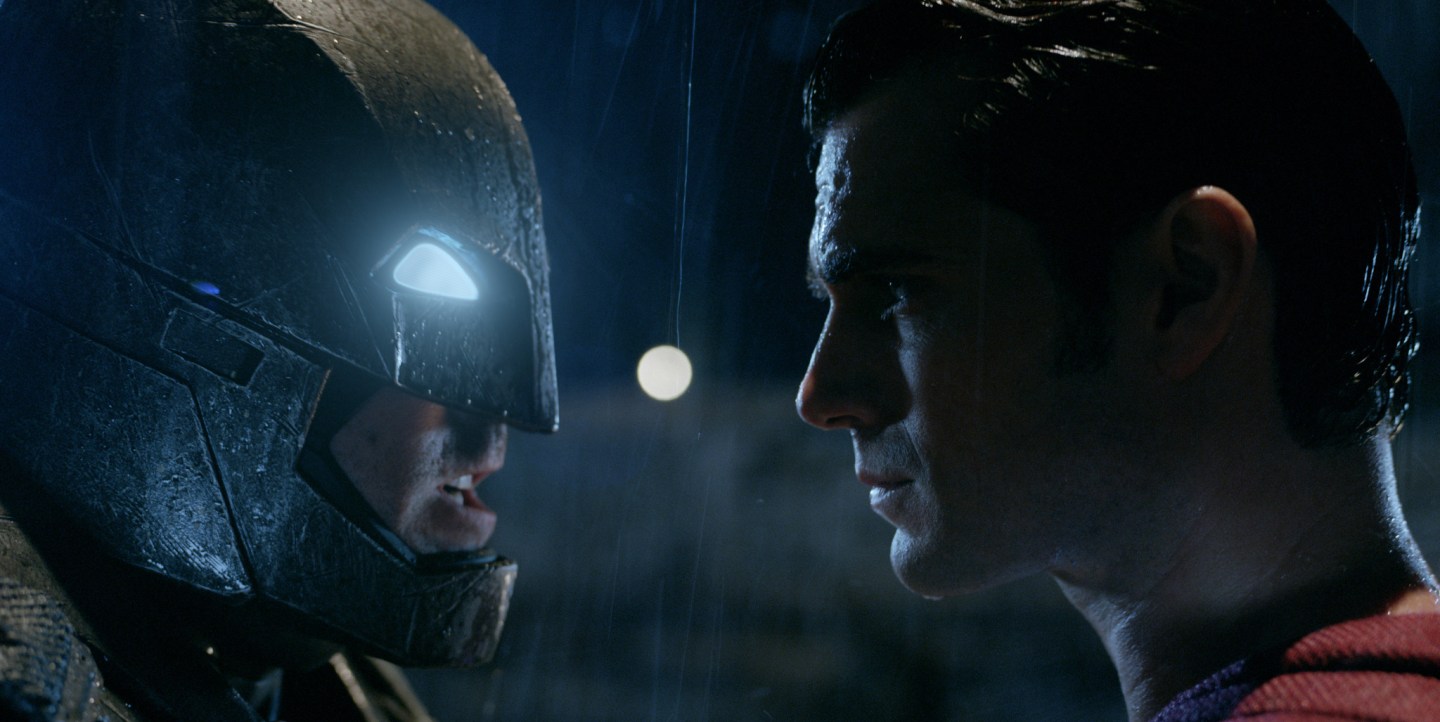 Batman v Superman: Dawn of Justice won the weekend box office for the second week in a row, but the victory came as little surprise considering the blockbuster’s lack of fresh competition.

Dawn of Justice‘s $52.4 million in weekend sales easily took the top spot at the box office in its second weekend while competing primarily against films that have been in theaters for weeks already, while no new release managed to reach even the $10 million mark in their debut. In fact, the weekend’s top three films remained the same from the previous week, with Walt Disney’s (DIS) animated hit Zootopia pulling in another $20 million to claim the second spot, followed by comedic sequel My Big Fat Greek Wedding 2 with $11.1 million for Comcast’s (CMCSA) Universal Studios.

What is most telling from the continued reign of the Dark Knight and the Man of Steel, though, is the Warner Bros. (TWX) film’s precipitous 68.4% drop in domestic sales from the $166 million made in its first weekend in theaters. Movies typically make a large chunk of their overall sales in their first weekend in theaters, experiencing a big dip the following weekend and in subsequent weeks. But, Batman v Superman‘s percentage drop was far more steep than what is typical and it could be a sign that the film’s harsh critical reception is finally turning away potential moviegoers.

Batman v Superman sports just a 29% “Fresh” rating on Rotten Tomatoes and the film’s release was greeted with a slew of toxic reviews from various critics who described the movie as a “disaster,” “baffling,” and an “indigestible. . .mope-fest.”

As Fortune pointed out last week, the average second-week drop-off for a group of big-budget superhero blockbusters from recent years (including Warner’s own The Dark Knight Rises, in 2012) was about 60%, according to Box Office Mojo. Meanwhile, Deadpool, another superhero flick that is the highest-grossing film of the year, so far, dropped off by 57.4% between its first and second weekends in domestic theaters.

Again, those other recent films also saw big dips in domestic sales, but the decline for Dawn of Justice has been far more steep, which suggests that the movie may turn out to be something of a front-loaded blockbuster—in other words, it has already collected a large chunk of ticket sales in two weeks, although it likely won’t have the staying power to continue pulling in big audiences for the long haul.

Batman v Superman has already recovered its reported production budget—$250 million, not counting marketing costs—with more than $261 million in domestic ticket sales, and $682.9 million in total global box office, in its first two weeks. The movie is far from a flop, but it certainly makes for an interesting case study in how much negative reviews from critics can offset hundreds of millions of dollars in hype and promotion, not to mention the power of iconic comic book characters to resonate with fanboys.

Of course, Warner Bros. needs Batman v Superman to be more than just a decent blockbuster, as this film is just the first in a planned slate of at least 10 related DC Comics films scheduled for release over the next four years. Working in the studio’s favor is the dearth of competing blockbuster action films hitting theaters this month. Despite the critical loathing and declining sales, Batman v Superman still has a chance to dominate the April box office, at least until May arrives with Marvel’s Captain America: Civil War and the latest X-Men sequel.