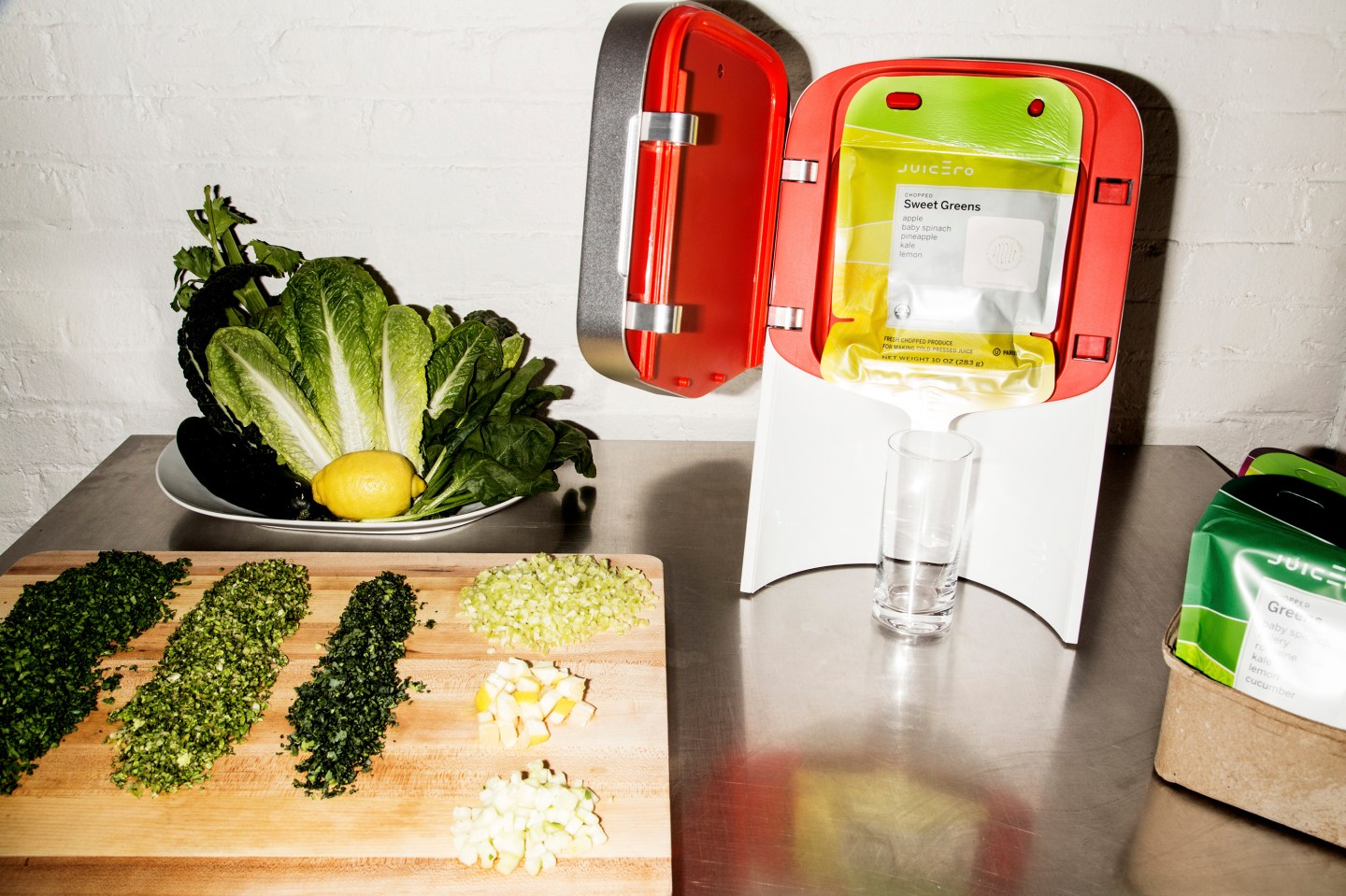 A machine that makes an eight-ounce glass of juice from Doug Evans startup Juicero, in New York, March 9, 2016. With no experience running tech companies and a bungled juice-bar chain under his belt, Evans has extracted a remarkable $120 million in investments from Silicon Valley titans, the latest example of an unproven start-up raising enormous sums of money. (Amy Lombard/The New York Times)
Amy Lombard — The New York Times/Redux

The juicing craze is far from over.

Juicero’s press is like a Keurig for juice—users buy packs of organic, chopped produce for $4-10 a pack, then the press does the rest. The machine is connected to the internet so that it can self-update, according to the start-up.

The Series B funding round was led by Artis Ventures, which wrote in a blog post that the Juicero “represents a new breed of devices whose connectivity and inventory tracking can revolutionize supply chains.” Artis Ventures senior partner Mike Harden lauded the start-up for being able to communicate with consumers, offering nutrition information and keeping track of whether the juice packs have expired.

Fortune has reached out to Juicero for comment and will update this post if the start-up responds.