U.S. GDP Growth Got Revised up in the 4th Quarter 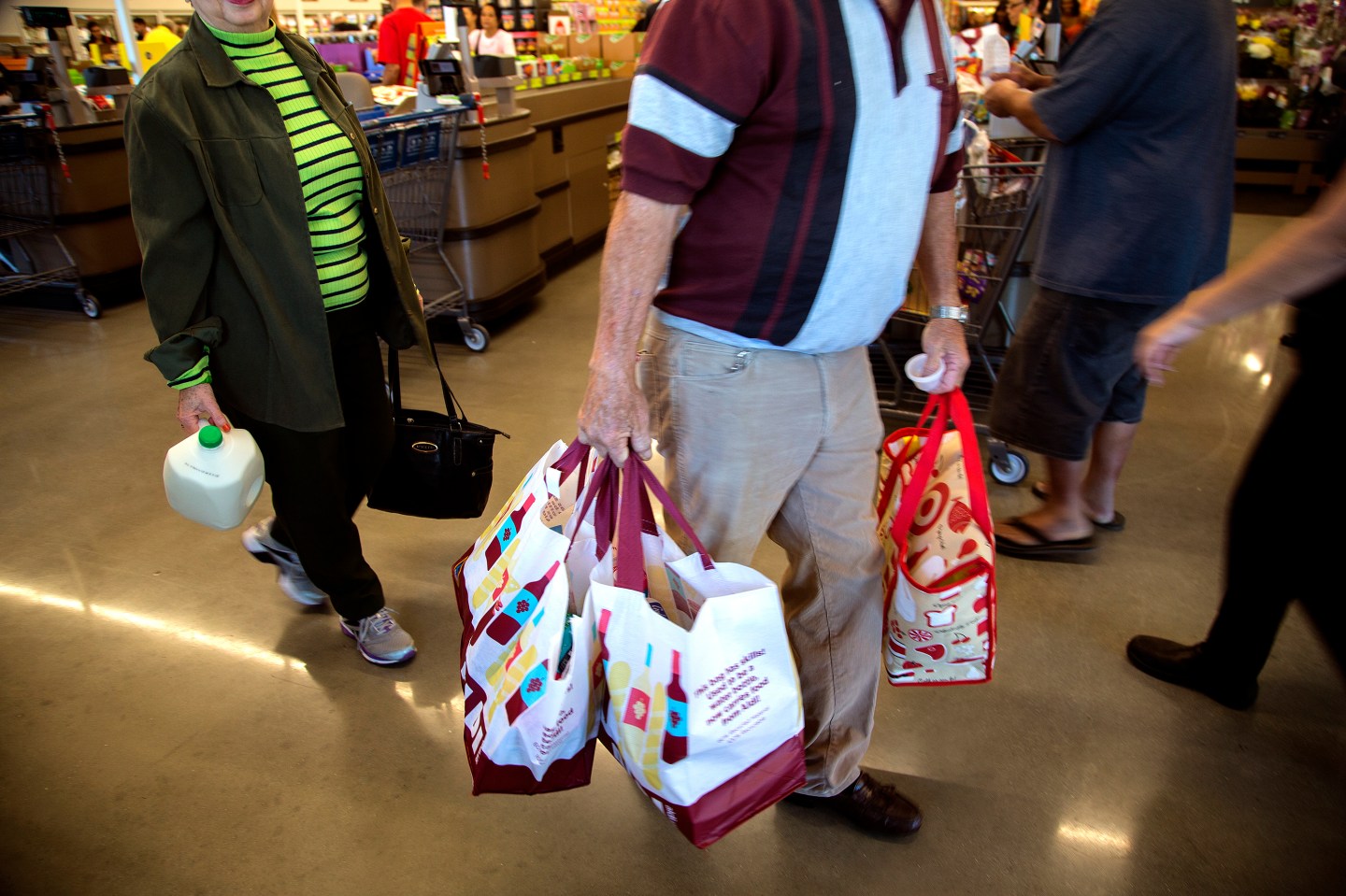 U.S. economic growth slowed in the fourth quarter, but not as sharply as previously estimated, with fairly strong consumer spending offsetting the drag from efforts by businesses to reduce an inventory overhang.

Gross domestic product increased at a 1.4% annual rate instead of the previously reported 1% pace, the Commerce Department said on Friday in its third GDP estimate.

GDP growth was initially estimated to have risen at only a 0.7% rate. The economy grew at a rate of 2% in the third quarter and expanded 2.4% for all of 2015.

Economists polled by Reuters had expected that fourth-quarter GDP growth would be unrevised at a 1% rate.

The upward revision reflected a stronger pace of consumer spending than previously estimated.

Consumer spending, which accounts for more than two thirds of U.S. economic activity, rose at a 2.4% pace and not the 2% rate reported last month. More consumption of services than previously estimated accounted for the revision.

The fairly solid pace of consumer spending underscores the economy’s underlying strength and should further allay fears of a recession, which triggered a massive stock market sell-off early this year.

Spending is being supported by a tightening labor market, which is steadily lifting wages, and rising house prices. Gasoline prices around $2 per gallon are also helping to underpin household discretionary spending.

A moderately growing economy, combined with a strong jobs market and firming inflation, likely keeps the Federal Reserve on a path to gradually raise interest rates this year.

The dollar rose against a basket of currencies after the report. The U.S. stock and Treasury debt markets were closed for Good Friday.

Businesses accumulated $78.3 billion worth of inventory rather than the $81.7 billion reported last month. As a result, inventories subtracted 0.22 percentage point from GDP growth instead of the previously reported 0.14 percentage point.

First-quarter GDP growth estimates are around a 1.5% rate. But with the inventory pile still large and shipments of capital goods ordered by businesses weak in January and February, the risks to growth are tilted to the downside.

There was some bad news in the GDP report, with corporate profits falling for a second straight quarter as a strong dollar and cheap oil undercut the earnings of multi-national companies.

Profits after tax with inventory valuation and capital consumption adjustments declined at an annual rate of 8.4%, the biggest drop since the first quarter of 2014, after dropping at a 1.7% pace in the third quarter.

Profits from current production fell $159.6 billion after decreasing $33 billion in the third quarter.

Part of the drop in profits in the fourth quarter was due to a $20.8 billion transfer payment related to the BP oil spill in the Gulf of Mexico in 2010, which was the largest-ever U.S. offshore oil spill.

Manufacturing profits declined $139.2 billion during the last quarter after decreasing by $4.1 billion in the July-September period. Profits in the petroleum and coal products sector tumbled $124.3 billion after rising $7 billion in the third quarter.

The dollar gained 10.5% last year versus the currencies of the United States’ main trading partners, putting a squeeze on the profits of multinationals such as Procter & Gamble (PG) and Colgate-Palmolive (CL).

A more than 60% plunge in crude oil prices from highs above $100 a barrel in June 2014 has also hurt the profits of oilfield service firms like Schlumberger (SLB) and Halliburton (HAL).

But with the dollar’s appreciation slowing since the start of the year and the oil price slide ebbing, corporate profits are poised to rise, helping to underpin job growth.