The post-recession economy is worse than we thought 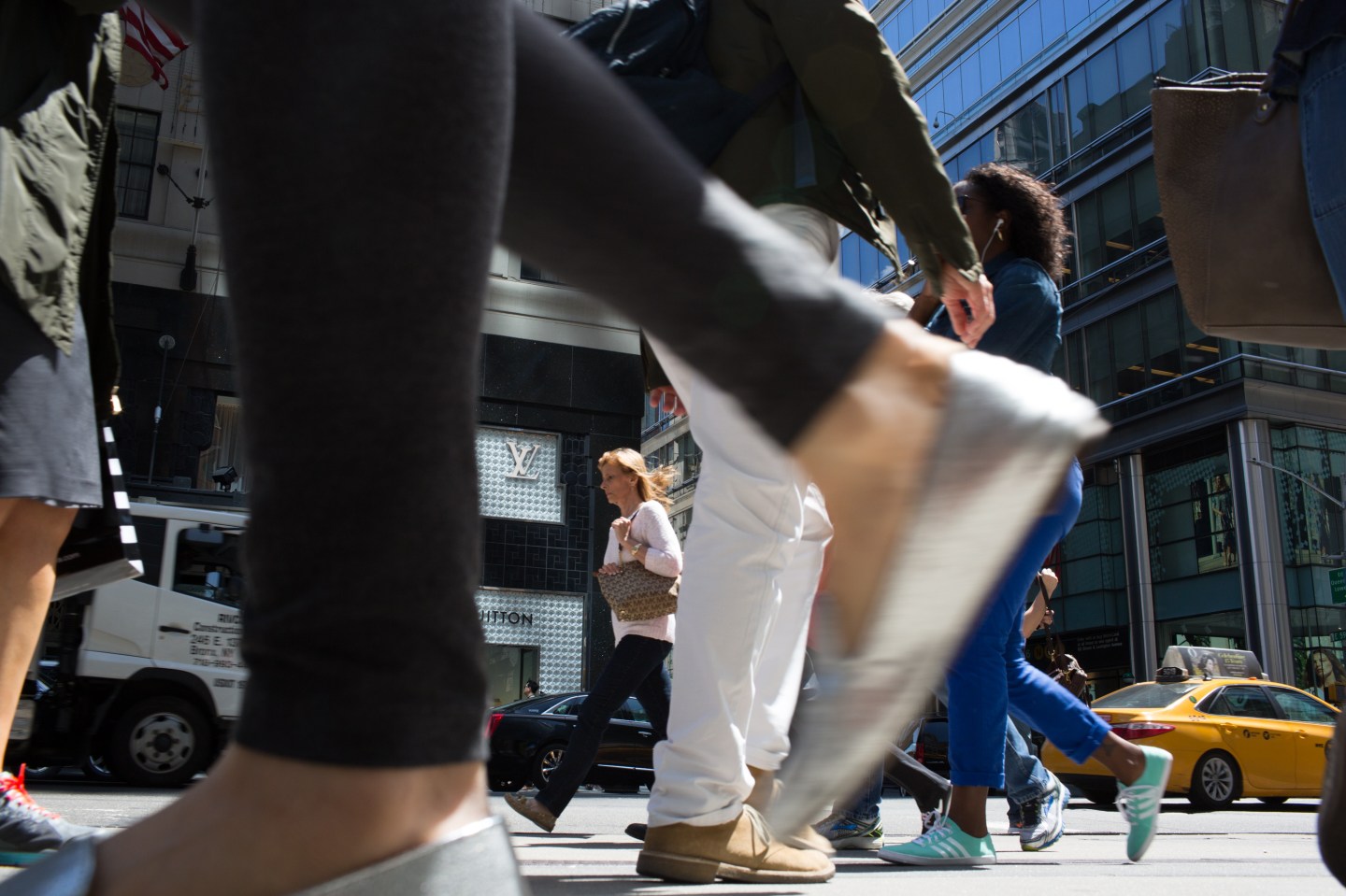 NEW YORK, NY - APRIL 29: Shoppers walk along Lexington Avenue in the eastern Midtown section of Manhattan on April 29, 2015 in New York City. According to the Federal Reserve Bank, growth of the U.S. gross domestic product - the value of goods and services produced in the U.S. - has slowed for the first quarter of 2015. (Photo by Kevin Hagen/Getty Images)
Photograph by Kevin Hagen — Getty Images

Economists usually like to give you your good news and bad news in one dose.

The most recent report from the Bureau of Economic Analysis showed that the economy actually grew in the first quarter of 2015, at a rate of 0.6%, as opposed to the most recent estimate, which said that the economy shrank slightly in the first three months of the year. The BEA also estimated that second quarter growth came in at 2.4%, slightly below economists’ expectations, but enough to reassure analysts and market participants that the first-quarter slowdown was just a blip rather than the beginnings of a slowdown.

But the positive news pretty much ends there. Non residential fixed investment, which includes spending on things like plants and equipment by companies, fell by 0.6% in the second quarter, after growing in the first. This is an important category to watch because this sort of investment has been lacking in the recovery, though it has been picking up in recent quarters. A retreat in this sort of spending may suggest that businesses are not convinced of the resilience of the U.S. economy.

Thursday’s report also included revisions in growth estimates for previous years as well. Check out this chart from The Wall Street Journal which shows the difference between the initial readings of post-recession growth and today’s revision:

As you can see, the revisions generally show a more anemic record of post-recession growth than we thought. From 2011 through last year, the U.S. economy, on average, grew just 2% per year, well below its post-war average of roughly 3% growth. As University of Michigan Economist Justin Wolfers put it on Twitter:

It's really astonishing how far unemployment fell from 2011-14, given that economic growth barely averaged 2%.

The post-recession economic growth picture looks even more miserable when you compare this recovery to those the U.S. experienced in every recession following World War II. This chart from the Minneapolis Fed shows GDP growth in the quarters following a recession:

Even the Federal Reserve, which has consistently overestimated growth trends, only sees the economy growing between 1.8% and 2% for the full year this year, with long-run potential between 2% and 2.3% growth.

This has some economists questioning whether the Fed should even consider raising rates this coming fall. Economist Danny Blanchover of Dartmouth wondered as much this morning on Twitter:

The counter argument to this is that the U.S. has simply entered a new normal of slow economic growth. The significant job gains we have seen—underscored by Thursday’s unemployment claims numbers—are more the result of weak productivity growth than strong economic growth. Given this reality, and the fact that we’re starting to see the kind of wage gains that might lead to inflation, the Fed may need to raise rates even if the economy isn’t as strong as we’d all like.