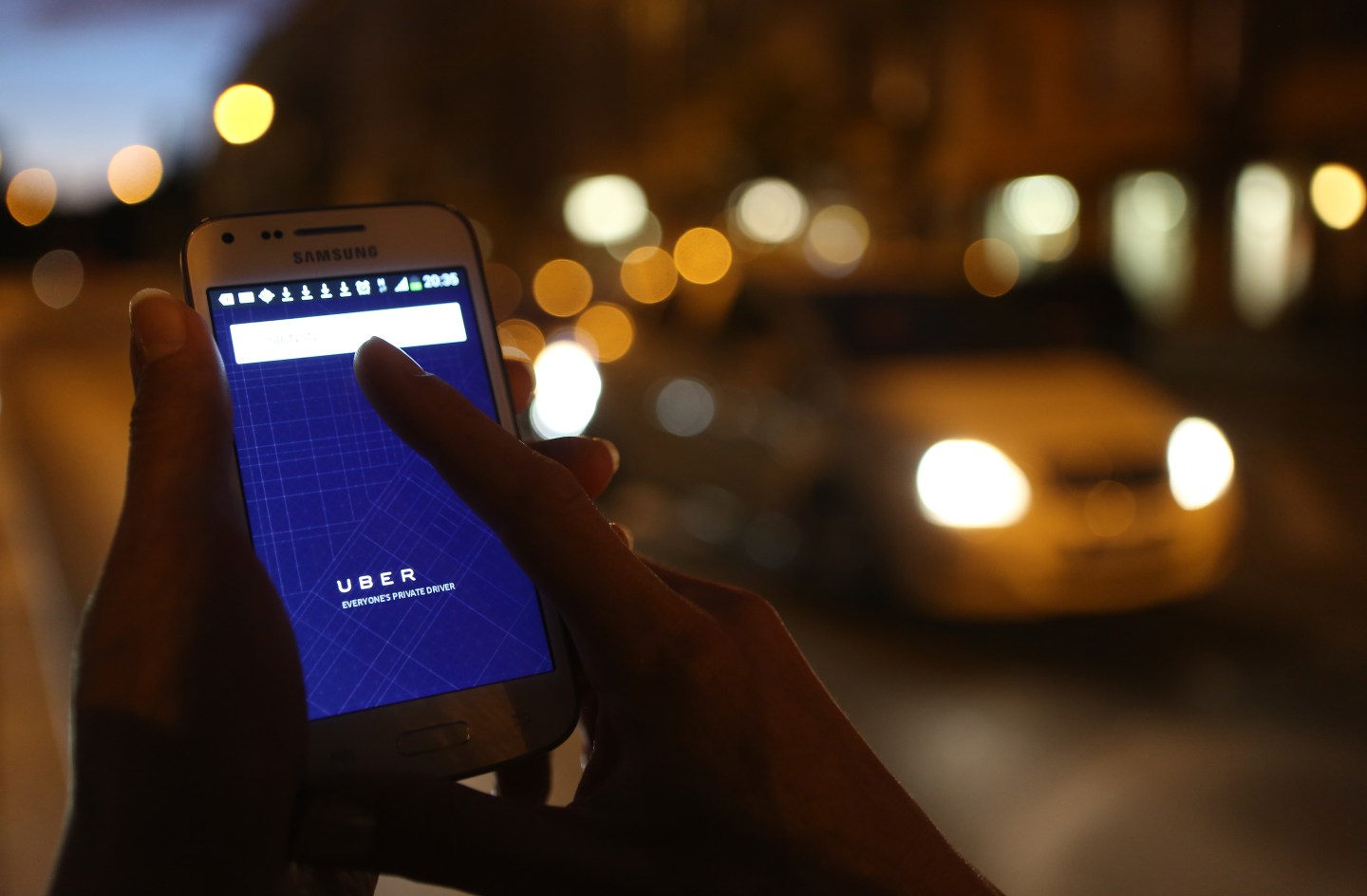 BERLIN, GERMANY - SEPTEMBER 02: In this photo illustration, a woman uses the Uber app on an Samsung smartphone on September 2, 2014 in Berlin, Germany. Uber, an app that allows passenger to buy rides from drivers who do not have taxi permits, has had its UberPop freelance driver service banned in Germany after a complaint by Taxi Deutschland, a trade association of taxi drivers in the country. The company, which operates in 42 countries over 200 cities worldwide, plans to both appeal the decision made by a court in Frankfurt as well as, at the risk of heavy fines, continue its services in Germany until a final decision has been made on the matter. (Photo by Adam Berry/Getty Images)
Adam Berry—Getty Images

Oscar Salazar, one of the original three co-founders of the ride-hailing company Uber, said he believes that artificial intelligence will change the world.

Salazar, who left the world’s highest-valued “unicorn” startup shortly after its launch, still serves as an advisor and large shareholder. He has since launched other ventures, including Ride, a car-pooling app, and Pager, an on-demand medical consultation service.

Aside from transportation and health care, there’s a third area where AI is bound to have a major impact, Salazar told Tech Insider in a recent interview: education.

“Imagine any kid in the world having access to a teacher,” Salazar told the tech news site. “It’s a revolution.”

In Salazar’s futuristic vision, smartphones will serve as bespoke teachers. Artificially intelligent bots programmed on them could perfect their methods of instruction, tailoring their teaching styles to each student’s needs.

“This is your classroom,” the former Uber tech chief reportedly said, mobile device in hand. “This is a school.”

Few areas of technology are as hot as AI at the present moment. The technology is powering driverless cars, virtual assistants, board game-champion machines, a flurry of startups, and more. Facebook co-founder and CEO Mark Zuckerberg even made coding his own “simple AI” as his New Year’s challenge for 2016.

Despite some warnings that AI could spell humanity’s doom if improperly handled, Salazar said he thinks the technology could be used for good, per his hypothetical mentor-bots. “This is the best way to end terrorism in the world,” he told Tech Insider—”education.”