Angela Merkel Just Got a Huge ‘Wake-Up Call’ on Immigration 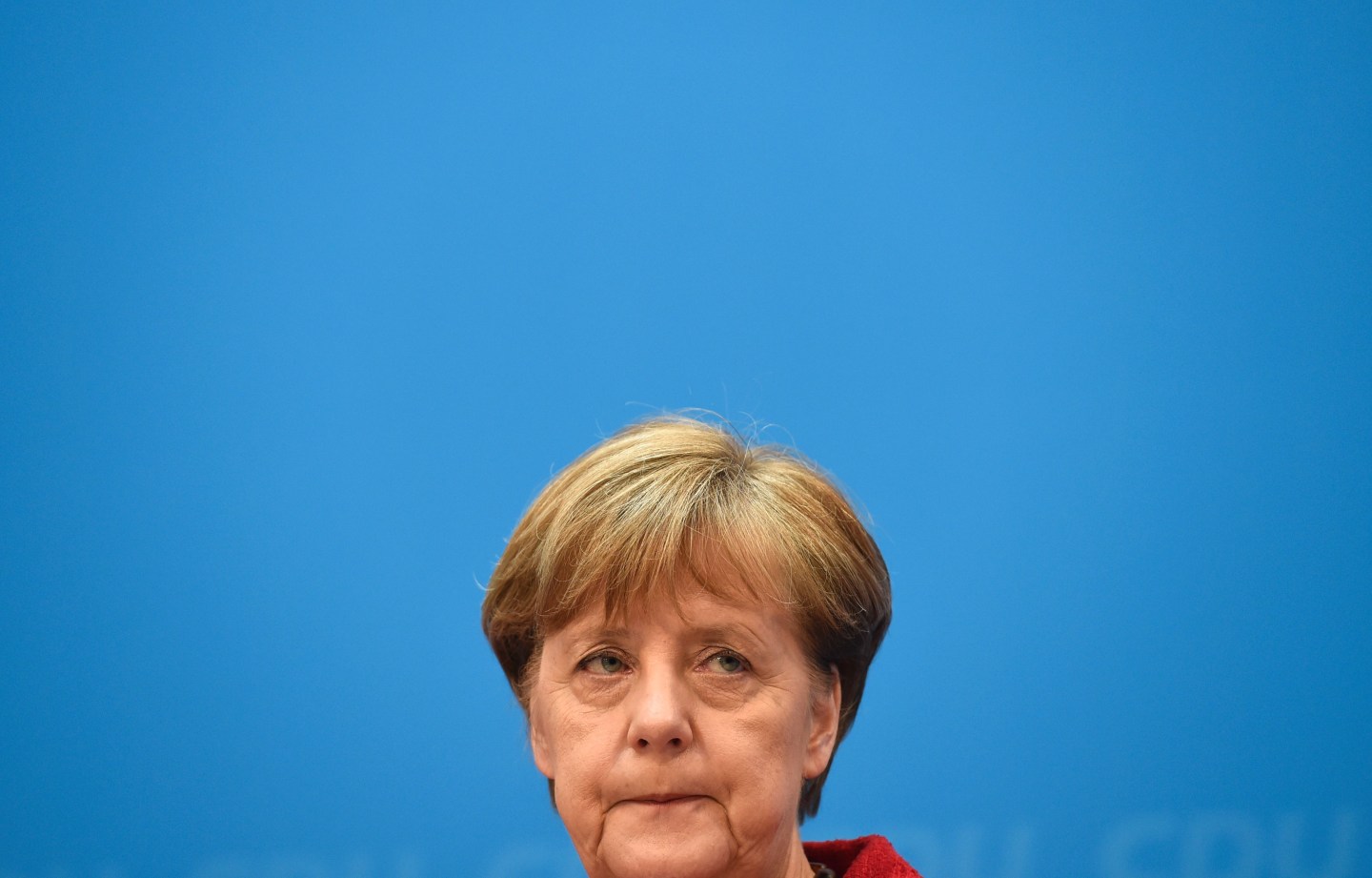 Critics of Chancellor Angela Merkel’s liberal refugee policies called on her to change course after voters in three regional elections punished her conservatives and flocked to a new anti-immigration party that wants German borders closed.

Merkel’s Christian Democrats (CDU) lost support in all three states—the industrial state of Baden-Wuerttemberg, the wine-growing region of Rhineland-Palatinate and the eastern state of Saxony-Anhalt—in the first elections that gave voters a chance to react to Merkel’s migrant policy.

The right-wing Alternative for Germany (AfD), which takes a hard line on immigration, took around a quarter of the vote in Saxony-Anhalt, becoming the second biggest party there, and also made strong gains in the other two states.

“The wake-up call” ran the headline on the front page of Monday’s Handelsblatt newspaper above a cartoon picture of Merkel in track suit struggling to hold up weights representing her conservatives and the Social Democrats (SPD), her junior coalition partner at the federal level.

“Simply continuing on the same path is not an option,” the business daily said in an editorial, referring to the refugee crisis, integration concerns and a lack of convincing answers from the CDU and SPD to other issues such as digitalization.

Germany took in 1.1 million migrants fleeing the Middle East, Africa and elsewhere last year and is expecting hundreds of thousands more to arrive this year. That has stoked concerns among some Germans that their country is being overrun by migrants with cultures that are vastly different to their own.

“We should tell people that we get it and that we will draw the consequences from this election result,” he was quoted as saying by newspaper websites.

Merkel, whose popularity has taken a hit as concerns mount about integration and security, has already said the numbers of migrants coming needs to be reduced.

Erika Steinbach, a CDU member of parliament who has been critical of Merkel’s stance, suggested on Twitter (TWTR) the government was acting like a “dictatorship” with its refugee policy.

But others saw little reason for Merkel, who has led Europe’s biggest economy for a decade, to change tack.

In an editorial mass-selling daily Bild said Merkel had experienced a “crushing defeat on this super torturous election Sunday” but would likely stick to her political course and said the price for this would be a deeply divided conservative group.

“That’s where the real danger for Merkel lies. No chancellor in Germany has ever been able to rule against his or her own party for long,” it said.