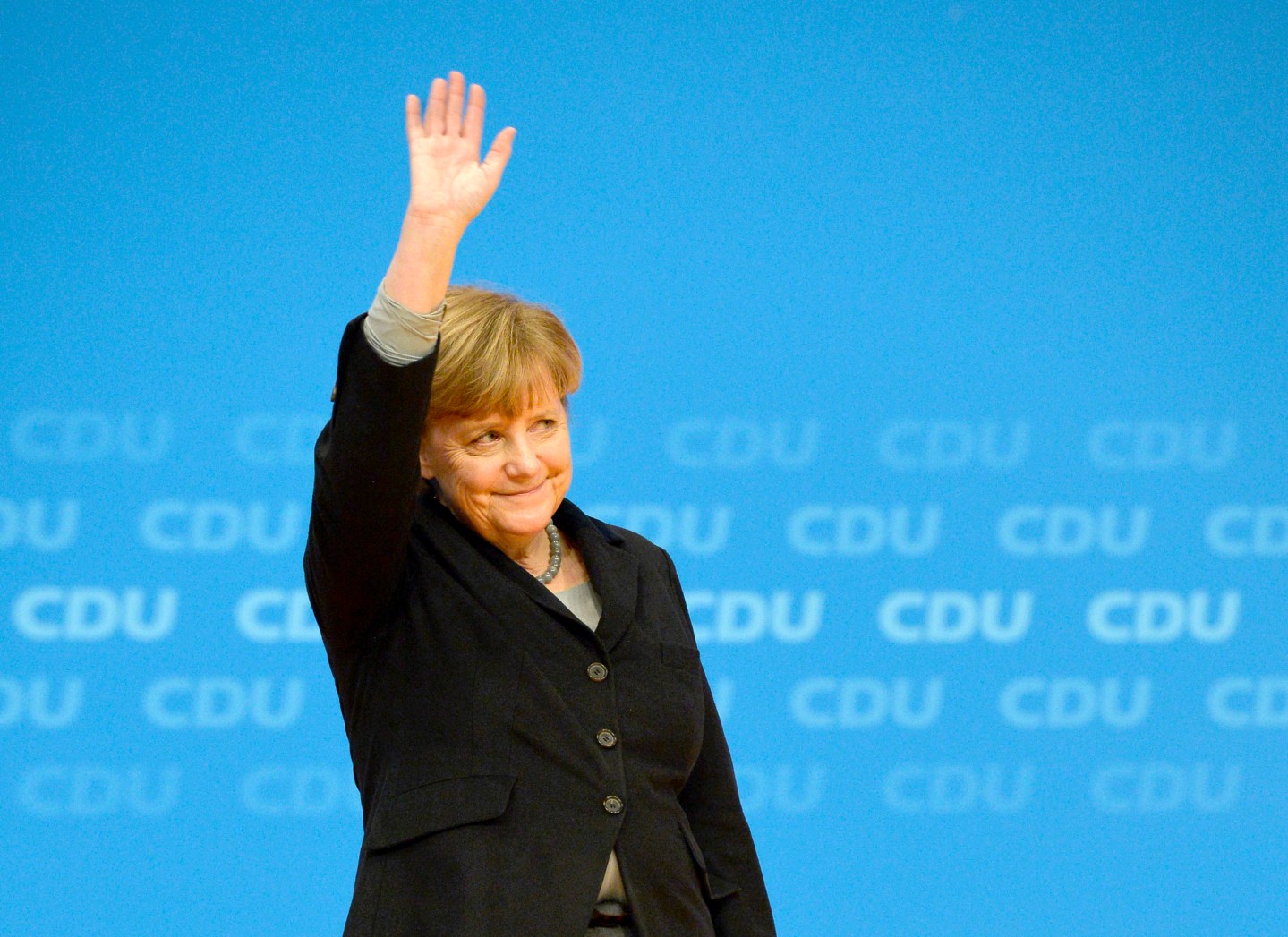 It would (probably) be not only cynical but wrong to suggest that Angela Merkel was just waiting till she was named Time’s ‘Person of the Year’ before ditching her signature policy of welcoming a record inflow of migrants to Germany.

Still, from a distance, you could be forgiven for thinking that’s just what she’s done. By reversing course, it looks like she has also ensured that she will serve out the rest of her third term as German Chancellor.

After weeks of mounting criticism from inside her party, the Christian Democratic Union, Merkel pledged that she will “markedly reduce” the number of migrants entering Germany next year, acknowledging concerns that “even a strong country like Germany will be overwhelmed in the long term by such a high number of refugees.”

Reducing the flow of people (she referred to them overwhelmingly as “refugees” rather than “migrants” in her hour-long speech) “is in Germany’s interest and Europe’s…. It’s also in the interest of the refugees themselves,” she said.

But Merkel was in no mood to apologize for her decision this summer (criticized by even her closest party colleagues as “a mistake”) to encourage Germany to accept as many migrants as possible, in response to the growing death toll on transit routes through the Aegean Sea and the Balkans.

That, she stressed, was a “humanitarian imperative,” and she unabashedly repeated the catchphrase “We’ll manage this!”

Merkel had reportedly spent hours wrangling over a new policy line with party grandees on Sunday, from the party’s youth and business wings to regional associations in eastern Germany who are witnessing a sharp rise in attacks on migrants and their hostels. Her approval ratings have slumped from a peak of over 50% to just over 35% in only three months, raising the possibility of a party rebellion against her. However, a 10-minute standing ovation (which she had to end herself by telling the delegates “Get back to work!”) was interpreted by German media as a sign that she had pulled off yet another successful Merkelesque fudge.

Europe’s de facto leader has been scrambling in recent weeks to undo the collateral damage of her previous migrant policy, with only limited success. An E.U. plan, backed by Merkel, to distribute migrants across the 28-country bloc has been rejected by countries whose support she needs. Outrage at the proposal helped right-wing nationalists sweep back to power in Poland in October, and the fear of a new flood of mainly Muslim migrants—stoked by the terror attacks in Paris that killed over 130 people—also helped France’s Front National achieve its best-ever election result (27.9% of the vote) last week. In the Netherlands, a poll out Monday by research firm Peil gave the right-wing PVV Party a 19% lead over its nearest mainstream rival.

Last month, Merkel brokered an agreement for the E.U. to pay an initial €3 billion to Turkey to keep more migrants back rather than let them travel from war-torn Syria via the hazardous waters of the Aegean Sea. The deal also allowed Turkey to reopen its talks to join the E.U. Critics of the deal say it allows Turkey’s President Erdogan to use migrant flows to put political pressure on the E.U., turning the tap on and off much as Russia’s Vladimir Putin does with natural gas flows through Ukraine. Merkel insisted on Monday, however, that there was no alternative to including Turkey in European efforts to contain the crisis.

Although she would be the last to admit it, Merkel’s shift on Monday brings her closer to the position of the U.K.’s David Cameron, who earned some stinging rebukes in the summer for suggesting that the best policy was to pay to keep refugees coming from Syria as close to their home country as possible while finding a way to end the war there. It also brings her closer to the position of Hungary’s Viktor Orban and Slovakia’s Robert Fico, both of whom have warned (albeit in more lurid terms) of the limited capacity of local populations to accept large-scale Muslim immigration.

Her rhetoric may still be compassion, but her policy has turned decidedly pragmatic. Still, there’s no recorded case of Time rescinding its Person of the Year.