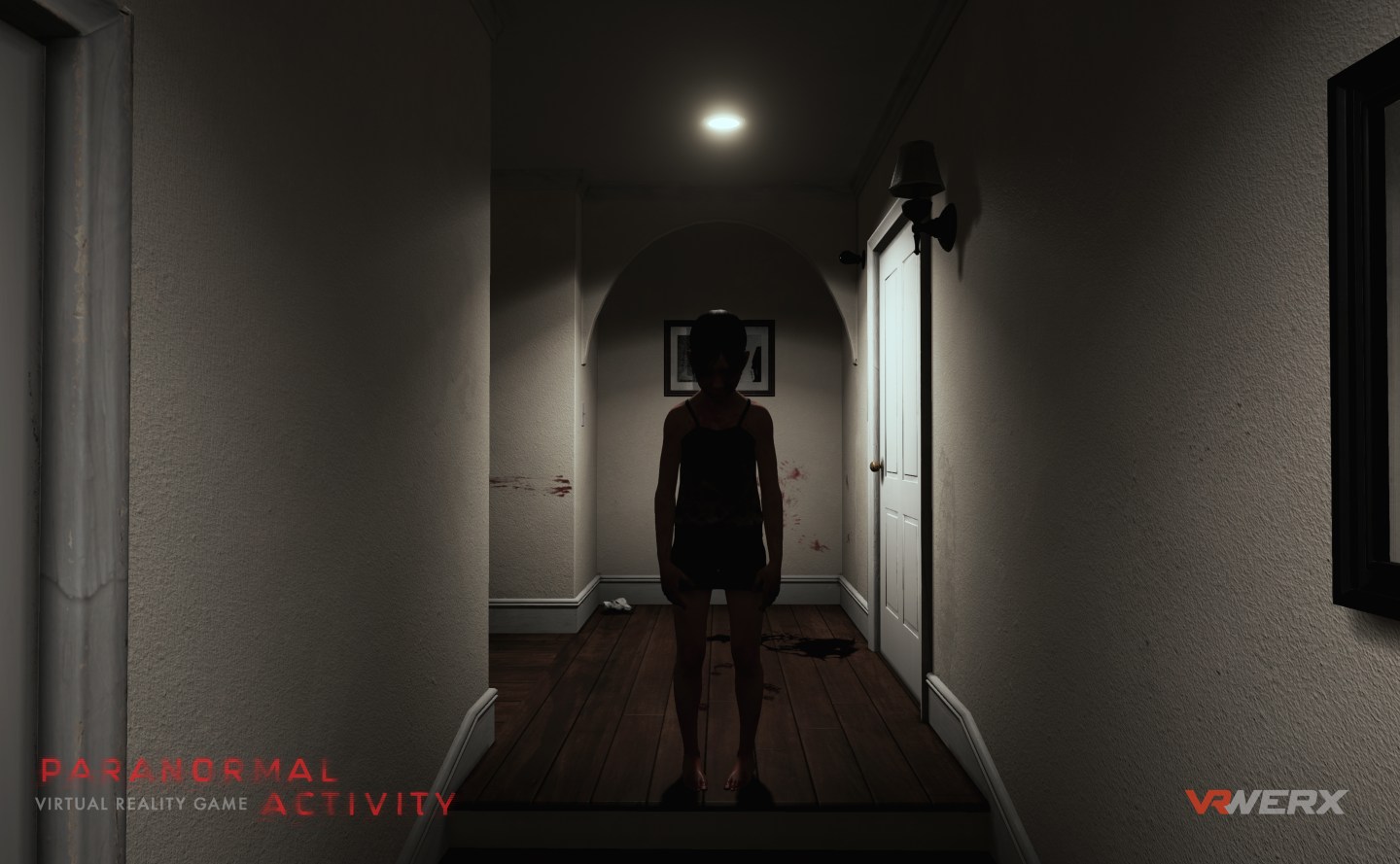 Epic Games’ VR Lounge at the Game Developers Conference (GDC) in San Francisco March 14-16 will serve up the worldwide premiere of the latest Paranormal Activity horror. But after six films earning over $889 million at the global box office since 2009, the next chapter in the found footage horror genre is available exclusively in virtual reality.

Alex Barder, co-managing partner of VRWERX, says this will be the first time the studio is revealing actual gameplay.

“It was really important for us to capture the essence of the Paranormal Activity universe,” Barder says. “This game is a continuation of the franchise; a next chapter spawning from this fantastic mythology.”

“This game is a full ‘AAA’ title with three hours of story and up to six hours of gameplay for those who want to explore every aspect of this world,” Naftal says. “The original demo was more experiential, whereas this is a video game experience.”

Members of the VRWERX game development team have worked on game franchises such as Call of Duty, Homefront, Madden, and Defiance. The team is using Epic Games’ Unreal Engine 4 technology to craft the original interactive story.

“The platform of VR enables the player to experience the world in a much more intense and immersive way than they ever imagined possible,” Barder says. “People want to be scared, and horror in VR is the premium experience. It shakes them to their very core in a way no other platform can achieve.”

“Imagine if at the completion of this game, someone would have found the footage of you playing in the house and then shared it,” Naftal says. “We would see this from the angles of the cameras in the house.”

Naftal and Barder built VRWERX to explore virtual reality and targeted gamers as the first adopters of the high-end platforms for PC and PlayStation 4 (SNE).

Virtual Reality is the Hot Topic at SXSW

“We believed horror had the potential of being the most visceral experience, and we concluded the best way to launch is with a known brand,” Barder says. “We’ve both been huge fans of the Paranormal Activity franchise for a long time, so we approached Paramount Pictures and were able to strike a deal.”

Gamers will have another Hollywood licensed video game to play this year. Lionsgate (LGF) and Starbreeze collaborated on John Wick: The Impossible Task, which will debut at GDC and was also developed using Unreal Engine 4.