Now Virtual Reality Content Can Be Created in VR for Free 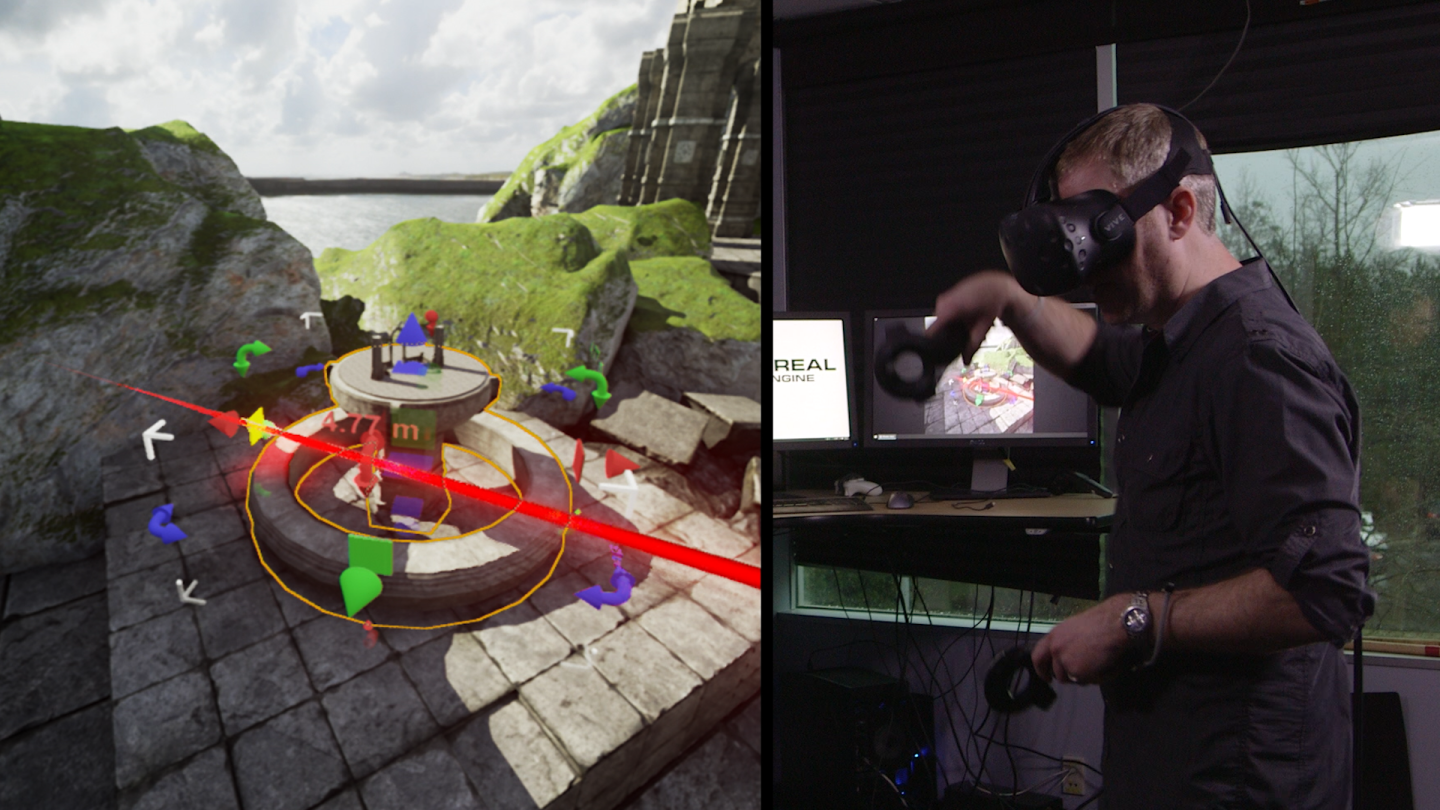 Epic Games has over 1.4 million developers creating everything from video games to NASA simulations to Hollywood entertainment with its Unreal Engine 4 technology. A growing number of virtual reality creators are using it too, including those working with Facebook’s Oculus Rift and Sony’s PlayStation VR. (Both companies worked with Epic to create game and tech demos to showcase their platforms.)

Now those developers can create virtual reality content more easily—by wearing a headset. Epic Games just added a VR mode to its Unreal Editor, which is what developers use to make the games, enterprise solutions, and simulations. It’s the first time creators can build virtual reality experiences, while actually being in virtual reality.

Tim Sweeney, founder and CEO of Epic Games, believes that over time, as the hardware resolution and software capabilities of virtual reality platforms and headsets improve, people will spend less time out of virtual reality, and eventually none.

“As longtime game developers ourselves, building VR content in VR is a game-changer,” Sweeney says. “After using this, it’s clear that the metaverse isn’t too far off.”

“In a development business, time is money,” Sweeney says. “So saving time can either reduce cost or enable the saved time to be spent on more or higher quality content. It’s a very competitive business, so usually the latter.”

“Storytelling will inevitably move to VR as the most expressive storytelling medium yet invented, and that requires real-time rendering rather than a series of prerecorded frames constituting a contemporary movie,” Sweeney says. “Hollywood directors, producers, actors, and visual effects specialists will lead the way, and the engine of today will be the camera of the 20th century.”

Tech bigwigs weigh in on which sci-fi movie got it right:

The 2016 Sundance Film Festival’s New Frontiers exhibit featured 30 virtual reality films this year, up from a dozen last year. Although many of those stories used 360-degree live-action cameras, virtual reality is in its infancy today.

Sweeney also sees virtual reality impacting education. While some schools are already beginning to experiment with Google Cardboard virtual reality in the classroom, Sweeney sees a much different future.

“We shouldn’t limit our thinking to today’s hardware, with fairly heavy headsets and motion controllers,” Sweeney says. “Think five years out, when the hardware is closer to the form factor of sunglasses than a helmet, and the sensors pick up hand and finger gestures directly.”

Unreal Engine 4 technology is currently available for free. Any game developers or companies that ship a product using the technology pay Epic a 5% royalty on gross revenue after the first $3,000 per quarter.