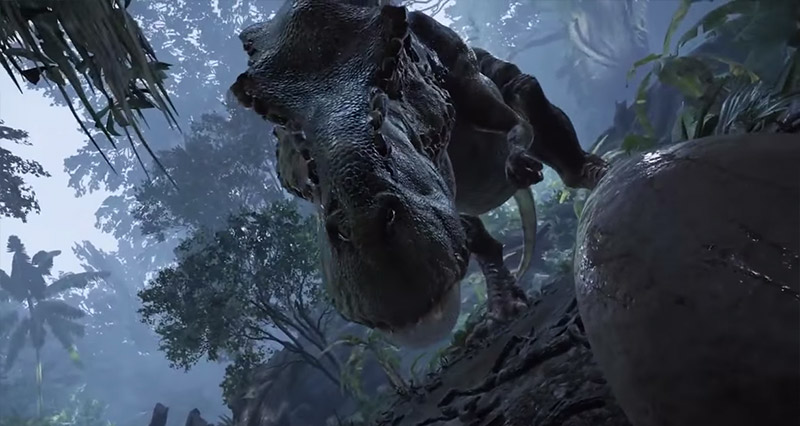 Sony used its annual PlayStation Experience two-day fan event in San Francisco to unveil new virtual reality games for its upcoming PlayStation VR headset. While some of these games are exclusive to Sony’s 2016 virtual reality platform, others will also play on competing PC platforms like Oculus Rift and HTC Vive, which runs on Valve’s SteamVR.

Piper Jaffray senior analyst Gene Munster forecasts sales of virtual reality headsets will grow from 12.2 million in 2016 to 100.2 million by 2020. That gives game developers a very large audience to tap into. There are over 30 million Sony (SNE) PlayStation 4 consoles in the market today, all capable of running the new PlayStation VR. Munster believes approximately 10% of current PCs will be able to run virtual reality platforms like HTC Vive and Facebook (FB)-owned Oculus Rift out of the box, with another 10% requiring a $300 graphics card upgrade.

With over 50 games in development for PlayStation VR, and dozens in production for Oculus Rift and HTC Vive, there will be plenty of new content for gamers. Here’s a list of 10 virtual reality games to look out for in 2016.

The German studio behind the original Far Cry, Warface, and Crysis franchises knows first-person shooters well. That experience, as well as the company’s CryEngine technology, comes into play with the Sony-exclusive dinosaur action game, Robinson: The Journey. The player takes control of a young boy who’s crash-landed on a planet that’s inhabited by dinosaurs of all shapes and sizes. It’s a full-blown game that’s sprouted from the studio’s Back to Dinosaur Island tech demos, and it has the potential to be the type of killer app that Sony needs to sell its new headset. Jurassic World proved that everyone still loves dinosaurs running amok. This game strands players on an entire planet filled with these prehistoric creatures.

Double Fine Productions has indie street cred and a reputation for delivering original games. Psychonauts is one of its more popular franchises, as evidenced by the over $1.5 million in crowdfunding that Psychonauts 2 raised in 24 hours on Fig. This virtual reality game will bridge the story of those two games. As Raz searches for Truman Zanotto, the player can jump from his point-of-view into other people’s minds. Raz has access to his full arsenal of psychic powers like telekinesis and pyrokinesis, which open up new gameplay opportunities in virtual reality.

Tetsuya Mizuguchi, the creator of the original Rez game in 2001, always imagined his game as a virtual reality experience. Fast forward to 2016, and gamers will be able to play a completely overhauled Rez Infinite that delivers on that VR promise. The concept is simple enough. The player takes control of a floating avatar and shoots musical lasers at geometric robots to the beat of techno as the game explores colorful, and trippy, tunnels. The camera floats around from behind, allowing the player to enjoy the ride, and the beat. Music games are especially strong virtual reality experiences, and this one is fun, and important for Sony.

Sony Worldwide Studios developers around the globe are exploring virtual reality. A team at Sony Santa Monica Studio has gone retro with this very different take on zombies. Players get behind the wheel of a classic black London cab and help the undead English citizens of Zombieton run errands like getting to the local pub or visiting the soccer field. The game’s colorful, cartoonish world opens the door for arcade-style gameplay, including some crazy taxi driving and the ability to use whacky weapons. It’s a great example of how virtual reality can blend classic gameplay and fun mini-games with a fresh new immersive world.

Ubisoft is the first third-party publisher to step into the virtual reality fray. The company has teams around the world exploring the new medium. First out of the gate for consumer consumption is Eagle Flight, which allows up to six players to explore the skies of Paris as eagles 50 years after humans have abandoned the City of Light. The first-look trailer shows dogfighting action (with birds) and cooperative free-flying gameplay experiences. This game has evolved from a tech demo Ubisoft Montreal’s FunHouse division showed at E3 this year on Oculus Rift. Ubisoft is supporting all three major virtual reality platforms with this title.

Don’t let the boring name fool you, Job Simulator is actually one of the most fun, and funny, virtual reality games coming to a headset near you in 2016. The game puts players inside a simulation of the history of human jobs as imagined by futuristic robots. With gameplay levels set in everyday environments like a modern day office, convenience store, and kitchen, the humor ensues. Since the robots skimmed Wikipedia for these “how to” tasks like using donuts, Xerox machines, or coffee makers leads to funny gameplay that’s a 360-degree whirlwind of hand-gestured activity. It’s an easily accessible game that immediately transports players to a virtual world that they’re very familiar with, and then turns everything on its head.

While Highwire Games is an independent studio, it’s comprised of veteran game developers from companies like Bungie and Airtight Games. The studio is focusing on Sony’s virtual reality platform with Golem, a game that seamlessly works with the new platform. The player takes on the role of a young girl who can see through the eyes of giant stone golems. This immediately connects the player with the headset, since they’re seeing through the eyes of these giant creatures and can control their slow, but powerful bodies as they search for artifacts and treasure through ancient ruins. Not much has been revealed about this game, but what’s been shown is very interesting and caters to Sony’s console audience.

Reload Studios, which was founded by a collection of former Call of Duty game developers and Disney (DIS) and Marvel creatives, is putting the “family-friendly” in first-person shooters. The cartoonish World War Toons puts players in the middle of World War II action with a Looney Tunes feel (a pair of animated eyes throws power-ups from manhole covers to help players). This cel-shaded artistic direction actually helps with the immersion, as characters’ heads can balloon to slow down a fall (and fight off motion sickness). Players can join the battle as one of four classes: Soldier, Heavy, Officer, and Sniper. Keeping with the cartoon theme, the Heavy character can actually transform into an authentic WWII tank for limited amounts of time. The game was built with Unreal Engine 4 technology and it’s another strong virtual reality title.

The independent developer behind first-person shooters like The Conduit franchise is making the leap to virtual reality. Damaged Core is an original futuristic light-gun shooter designed for exclusively for Oculus Rift. The game transports the player to a Tron-like landscape filled with neon colors. Gameplay varies from sniping out enemies from afar to taking on the bad guys up-close-and-personal from all angles. The game uses the “on-rails” gameplay mechanics to transport players in certain levels from one place to another, sidestepping the queasiness that can come from running in virtual reality at this early stage. This is shaping up to be a beautiful and addictive arcade shooter.

Nintendo has Mario the plumber, Sega has Sonic the hedgehog, and Oculus has Lucky the fox. Words with Friends co-creator Paul Bettner has crafted the first virtual reality platforming adventure game. And while other game genres like shooters and racers have taken the spotlight, this traditional third-person perspective, family-friendly staple truly shines in virtual reality. Thanks to the medium, it’s now possible to truly take in the vibrant 3D world as Lucky runs, jumps, climbs, and spins his way through lush forests and cliffs with cascading waterfalls. Anyone can jump into this world, but the real challenge will be wanting to leave.

For more on virtual reality and gaming, watch this Fortune video: