Why Lionsgate is making a ‘John Wick’ VR game 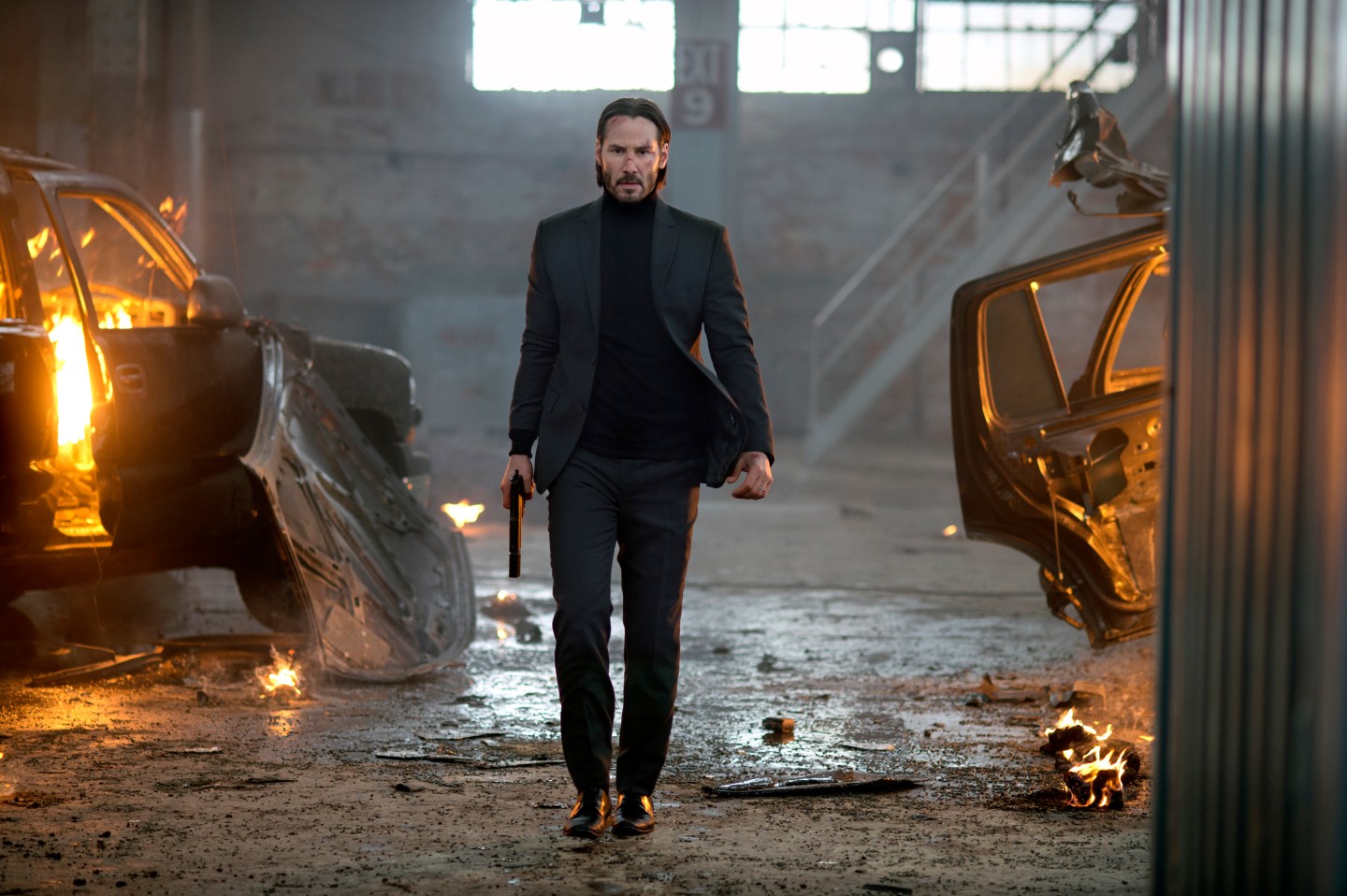 Studio Lionsgate has partnered with Starbreeze VR and developer Grab to launch a John Wick VR shooter game for the Oculus Rift, HTC Vive, and PlayStation VR in spring 2016.

Peter Levin, president of interactive ventures and games at Lionsgate, says Lionsgate is very focused on VR, having worked with Samsung Gear VR on a “shattered reality” VR experience for Divergent in 2014.

“We want to help define this new form of content by bringing marquee brands and premium storytelling into an immersive environment,” Levin says. “We think VR will serve to deepen the relationship between games and Hollywood. Consumers need a reason to invest in a headset, which is why we believe that premium content will be an important factor in motivating early adoption.”

In the 2014 film, Keanu Reeves plays John Wick, a retired hitman who seeks revenge after assassins kill his Beagle puppy. The $20 million action movie earned $78 million at the box office and Lionsgate (LGF) greenlit a sequel for a September 2016 release. WEVR has developed a short interactive demo of the John Wick VR game that is currently on the HTC Vive World Tour truck. Both the demo and the game were made using Unreal Engine 4 technology.

“Virtual reality represents an entirely new form of storytelling and we are very focused on adapting John Wick in a way that leverages all that this medium has to offer,” says Basil Iwanyk, CEO of Thunder Road Pictures, the company that produced John Wick.

When asked if actor Reeves, who was an integral part of The Matrix video games in the past, would be featured in the VR game, Iwanyk said, “We are working on several ideas that we think will really add to the game experience, but since we’re in development, I am not able to say more than that right now.”

“Lionsgate is innovative in that it looks for meaningful ways to extend its IP beyond the screen and, as a filmmaker, it’s great to work with a studio that gives our production team the opportunity to further explore and expand this universe while engaging fans in a new and different way,” Iwanyk says.

“We see the availability of popular Hollywood licenses such as John Wick and Adventure Time in VR content as particularly important to the near-term growth and sustainability of the industry,” Dawson says. “That’s because in the absence of an ad-supported revenue models, we think compelling titles will encourage consumers to purchase hardware and directly pay for content. We believe that major Hollywood trademarks will eventually be in VR, since companies with large asset portfolios, such as Sony, Disney, and Fox, are major stakeholders in the industry.”