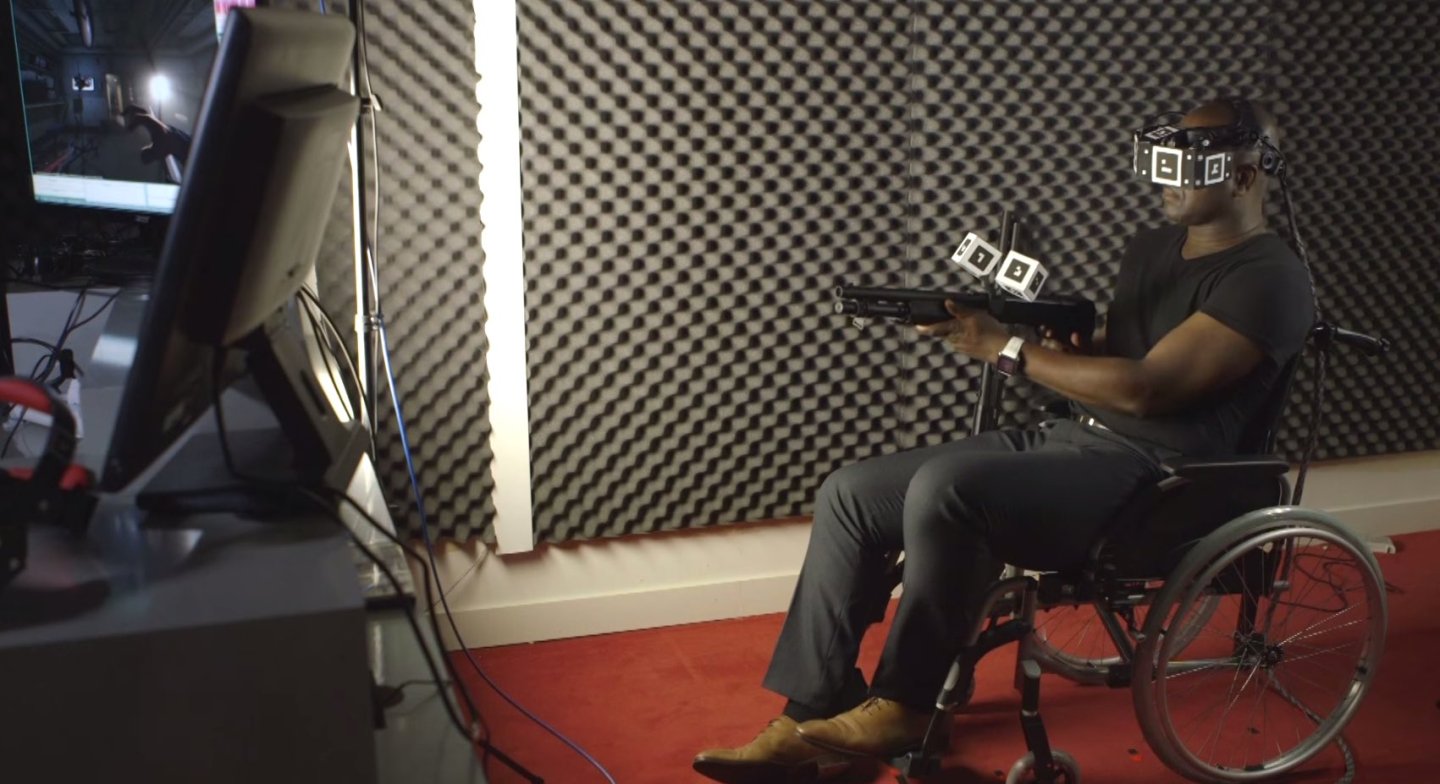 This weekend, the public will get to experience Robert Kirkman’s The Walking Dead in all of its gory, repulsive glory, thanks to virtual reality.

At Walker Stalker Fan Fest—which takes place at San Diego’s Petco Park from July 10 to 11 at the same time as San Diego Comic Con—Kirkman and his company Skybound Interactive, along with game developers Starbreeze and Overkill, will show off a four-minute VR game demo that runs on the Starbreeze StarVR headset and soon-to-be-released HTC Vive headset.

Starbreeze debuted the first-person-shooter title at this year’s E3 conference in Los Angeles; now it’s taking the VR game on the road—literally. The Walking Dead RV, which will be featured at event, comes equipped with multiple game stations and StarVR headsets for fans to experience the game. The RV will be parked near The Walking Dead Escape, which is a real-life experience complete with actors wearing zombie make-up and sets inspired by the comic book universe.

“The strategy we built together for this initial rollout was to bring VR to the fans,” Dan Murray, president of Skybound Interactive, says. “A lot of people haven’t gotten their hands on VR, which we believe is a brand new medium. You have to create content for this medium.”

In the game, players take on the role of a surgeon who has sawed his legs off to prevent becoming a “walker,” and who now uses a wheelchair. The doctor is wheeled through a veterinary clinic that’s overrun by undead. Early into the game, a real-life person hands the player a shotgun that appears in the game and allows the gamer to target zombies with headshots as they attack from every direction.

Almir Listo, producer of the game at Starbreeze, says the game makes use of the dual-screen 5K display that offers a 210 degree view of the action, which immerses the player by overtaking his or her peripheral vision.

“In our world you’re completely immersed because you see the other people that are pulling your wheelchair, you see blood on the walls, and you see all the incredible details,” Listo says. “Our game tracks the shotgun peripheral and allows you to shoot at walkers with the in-game shotgun accurately.”

Starbreeze and Overkill are also developing a non-VR cooperative shooter game for PC, PlayStation 4, and Xbox One, which will ship in 2016 and is set in the same game universe. Listo says characters from that game will appear in the final VR game, which is still early in development and will be a stand-alone game.

Kirkman is working closely with the game developers to bring an authentic new experience to both projects, just as he’s worked with Telltale Studios on the critically-acclaimed bestselling The Walking Dead Season 1 and 2 episodic games.

“Robert’s very interested in what we’re doing because there hasn’t been a great first-person shooter for The Walking Dead yet,” Listo says.

Listo says the development team is taking notes as people play the game demo. That feedback will ultimately help the studio develop the final version of the VR game.

The good news for fans is that these new games will stand on their own, separate from both AMC’s original The Walking Dead show and the new Fear the Walking Dead series.