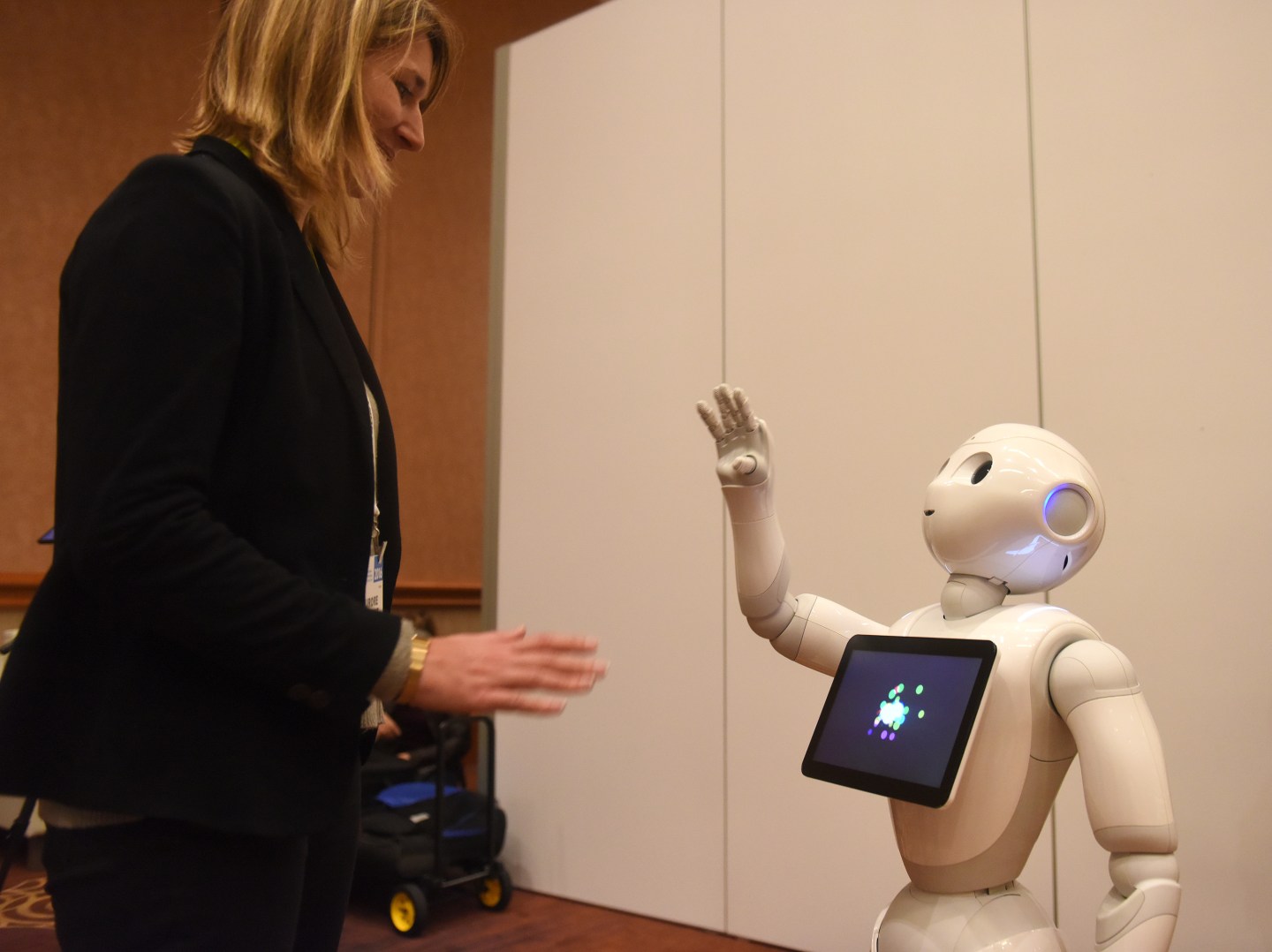 Americans are convinced that robots will eventually steal workers’ jobs, but when they’re asked who will be on the losing end of that equation, they swear it won’t be them.

New data released by Pew Research Center on Thursday shows that in a national survey of 2,001 adults, 65% of Americans say robots and computers will “definitely” or “probably” do much of the work currently done by humans. That figure is pretty consistent across demographics, with Americans under 50 years old, Americans with high household incomes and high educational attainment, and those who work in government, non-profits, or education being a tad more skeptical.

There’s certainly a lot of research to back up predictions of a robot take-over. Study after study points to the likelihood of robots, artificial intelligence, and automation eventually occupying jobs now staffed by humans. Pew points to a 2013 study by Oxford University that said 47% of all jobs in the United States are at risk of “computerization.” Just last month scientists at a meeting of the American Association for the Advancement of Science were even more dire. They said robots could redefine human life by eliminating work together.

But when Pew got a bit more personal, asking Americans if their own jobs are in jeopardy, respondents changed their tune. Some 80% said that they expect their own professions to remain largely unchanged and exist in their current forms 50 years from now. Only one in five workers said that their current job will “probably not” or “definitely not” exist as it does now. Younger workers, ages 18 to 29, are especially confident that they won’t be replaced by robots. Eighty-four percent of them said their jobs will last, compared to 76% of workers age 50 and older.

It turns there are other threats that cause Americans more anxiety. When asked about a number of issues that might cause them to lose their current job, only 11% of workers were at least somewhat worried about being replaced by a machine or computer. Their top concerns? Poor management, shrinking industry, and other workers who are willing to do their job for less pay.