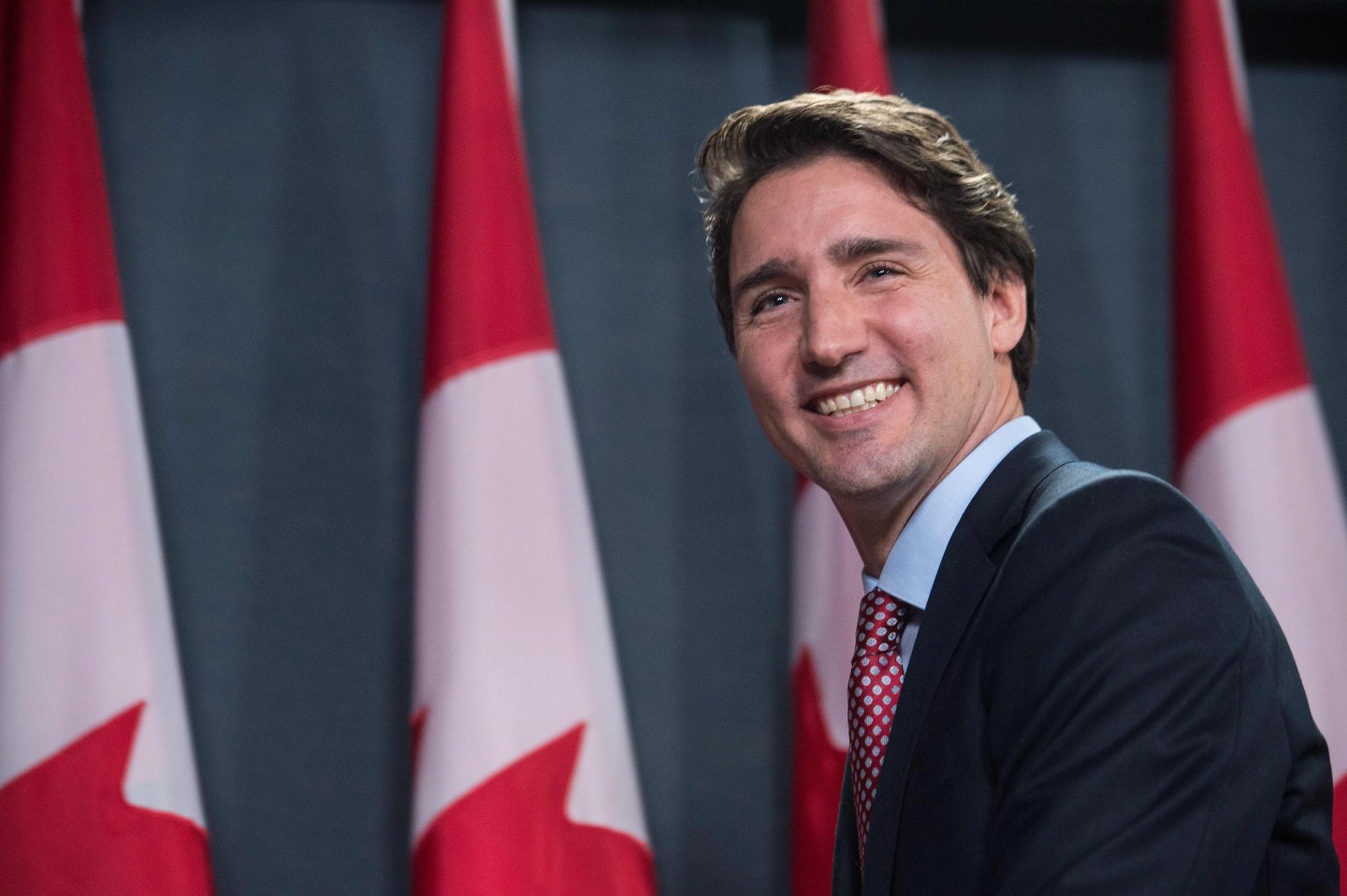 President Barack Obama was preparing a red-carpet welcome for Canadian Prime Minister Justin Trudeau at the White House on Thursday, ending a frosty period in U.S.-Canada relations and celebrating their shared goals on climate and trade.

Obama will host Trudeau, the Liberal Party leader who took office in November, for an Oval Office meeting where they will talk about curbing climate emissions from oil and gas fields—a dramatic shift from years of debate over building the Keystone XL oil pipeline, a project Obama blocked last year.

Also on the agenda are plans to expedite travel and trade between the two countries, and shared areas of global concern ranging from Syria to Ukraine.

“We are two countries that are, in every sense of the word, inseparable,” Susan Rice, Obama’s national security adviser, told Reuters.

The leaders are slated to hold a news conference at 11:40 a.m. EST in the Rose Garden.

Later, they will toast each other at a lavish state dinner planned with a theme of “Anticipation of Spring,” a feeling close to the hearts of Canadians, who endure long and harsh winters.

The dinner will feature Colorado lamb, sidestepping what could have been the awkward optics of a beef dish.

Canada won a World Trade Organization case last year against a U.S. meat-labeling law for beef and pork. The law was repealed in December, and the White House hopes that Canada formally ends its lawsuit.

Trudeau, who is struggling at home with a soft economy and weak Canadian dollar, campaigned on repairing strained ties.

“Few relationships matter as much to Canada as a good relationship with the United States of America, for jobs, for economic growth, for trade purposes, and building the kinds of opportunities for Canadians right across the country that we truly need,” he said on Wednesday before leaving for Washington.

But his visit may be overshadowed by the raucous race to succeed Obama in the Nov. 8 presidential election. Candidates on both the left and the right have taken anti-trade positions.

Obama hopes to convince a reluctant U.S. Congress to ratify the sprawling Trans-Pacific Partnership trade pact before he leaves office in January. Canada is also wrestling with the merits of the TPP.