Here’s What the U.S. and Canada Can Do About Those Trade Problems 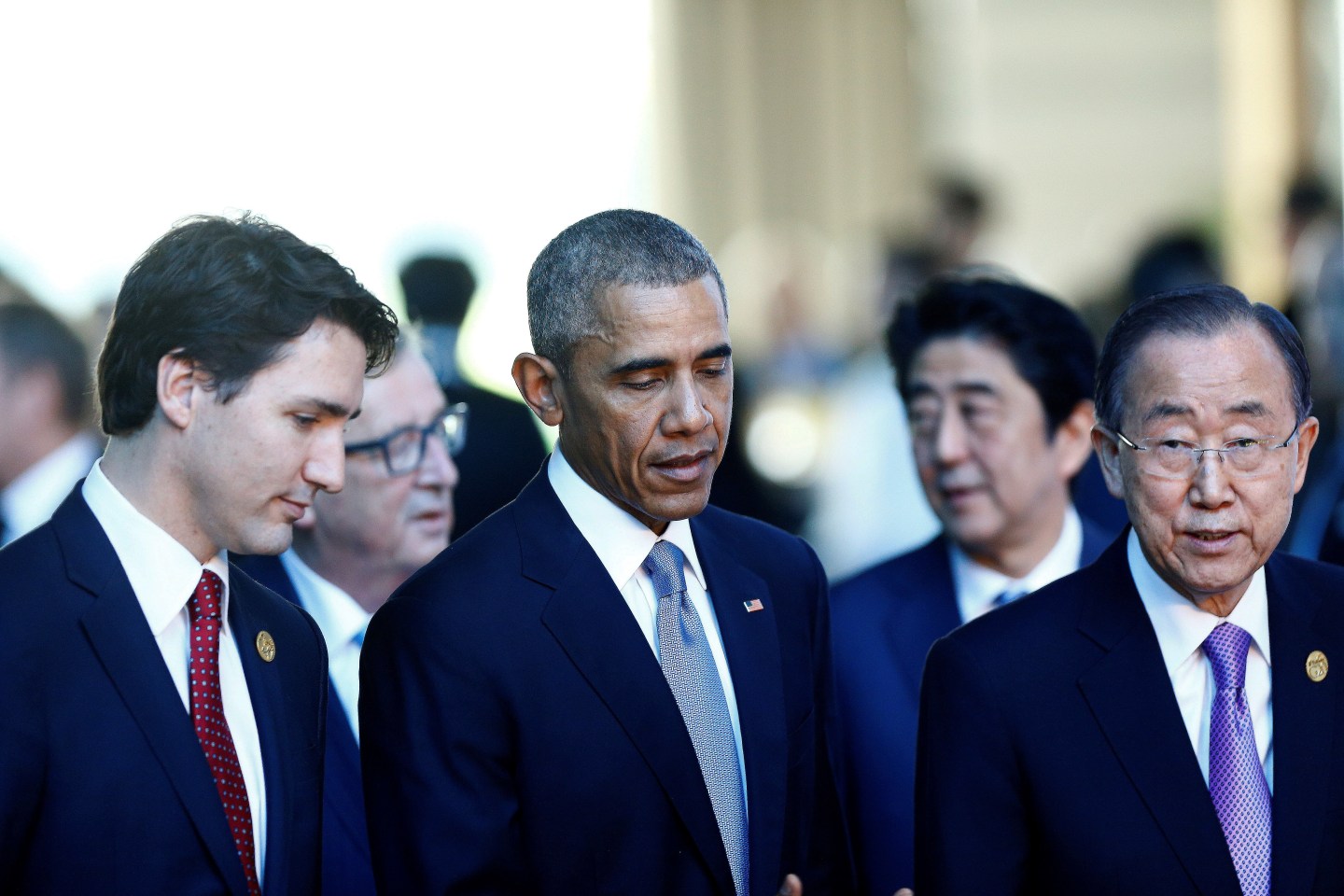 Recently-elected Canadian Prime Minister Justin Trudeau is visiting Washington on March 10th. He will be the first Canadian prime minister to be given a state dinner in 19 years. It might seem odd that it’s taken this long to invite a neighbor in for a formal meal, but relations between Ottawa and Washington have too often been bedeviled by trade issues. Trudeau has made it clear that he wants to set a new and better tone between the two countries, but a series of trade-related irritants can stand in the way of it.

The handling of the extension of the Keystone Pipeline is one. For seven years, the U.S. considered the economics and safety of carrying heavy crude oil from the oil sands of Alberta, Canada further into the south of the United States for refining in Houston. The American debate was almost entirely about balancing domestic interests. However, what was to flow through the pipe was a major Canadian export. The U.S. government ultimately chose not to issue a permit for the construction, and is now being sued by Canadian private investors under the North American Free Trade Agreement (NAFTA)—an agreement that is in itself not free from controversy—for $15 billion in damages.

Then there is COOL, or Country of Origin Labeling. This is a U.S. law that requires U.S. stores to provide customers with information on the source of meat—including ground meats—and other foods. In 2008, the U.S. adopted a provision that increased the requirements: Beef and pork could not be considered “domestic” unless from an animal exclusively born, raised, and slaughtered in the United States. Problem: Genetically very fine quality Canadian piglets come south to grow on less expensive feed available in the U.S. where they will ultimately be consumed. This required a lot of record-keeping in order to get the label right on each package of meat sold in U.S. supermarkets. The World Trade Organization (WTO) ruled in 2012 that the measure was excessively burdensome, discriminatory, and a restriction on trade. Three years later, as the U.S. still had not changed its law, the WTO ruled that Canada could impose retaliatory measures against $1 billion of U.S. exports to Canada. Under this threat, Congress late last year repealed the measure.

Canada is not blameless in bilateral trade problems. It has negotiated an agreement with Europe that will adversely affect U.S. companies’ sales in Canada of certain food products (such as feta cheese), and more generally will discriminate against U.S. products procured by provincial governments. And in recent years, Canada’s courts have unfairly cancelled patents issued years earlier to pharmaceutical companies for drugs proven to be safe and effective, undermining continued investment in research in Canada.

The oldest, largest, and hardiest of trade disputes between the two countries concerns softwood lumber. The two countries have different ownership patterns (more public, provincial lands in Canada; more heavily private and federal timberland in the United States) and differing approaches to log markets and log trade. As reliable as Old Faithful, every few years, U.S. trade cases are brought against Canadian softwood lumber imports, additional duties are imposed by U.S. authorities, and after some acrimony and avoidable trade disruption, a settlement agreement is entered into between the two countries. In a year or so, the fifth round of the lumber dispute is more likely than not to begin. The bottom line is that Canada and the United States have to come to a common understanding that works for both economies.

There is no reason why an attempt cannot be made to head off readily anticipated issues. The trading relationship is the most important each of the two countries has. Nearly $2.4 billion worth of trade in goods and services moves across the border in both directions daily. Canada buys more from America than all of the 28 EU member states combined. It is reported that more trade flows back and forth across one bridge to Canada each year than all U.S. exports to Japan during the same period.

The U.S. and Canada agree on a lot. In 1988, Canada was the first major U.S. trading partner to enter into a free-trade agreement with the United States, and bilateral trade has tripled since then. The two countries are partners in the NAFTA and in the recently concluded Trans-Pacific Partnership Agreement. Nevertheless, a “Buy America” provision—in the recent highway bill Congress passed—will discriminate further against Canada’s exports, and, for its part, Canada plans to further tighten its import restrictions on dairy. Each of these measures carries an added sting, because each affects its closest neighbor’s trade.

It may be that the two countries take each other for granted. Despite having so much of the same heritage and outlook, the U.S. and Canada are too insensitive to the commercial interests of each other.

Trudeau and Obama should establish a high-level bilateral trade policy forum that meets regularly to seek to head off trade disputes before they occur. It is time that both countries take into account the other’s trade interests, whether in domestic legislation, administrative measures, or in negotiations with other countries. The world’s largest trading relationship deserves no less.

Ambassador Alan Wm. Wolff is Chairman of the National Foreign Trade Council (NFTC) and a Senior Counsel with the global law firm Dentons. He served as U.S. Deputy Trade Representative in the Carter Administration.