Why Unlimited Vacation May Sound Better Than It Really Is 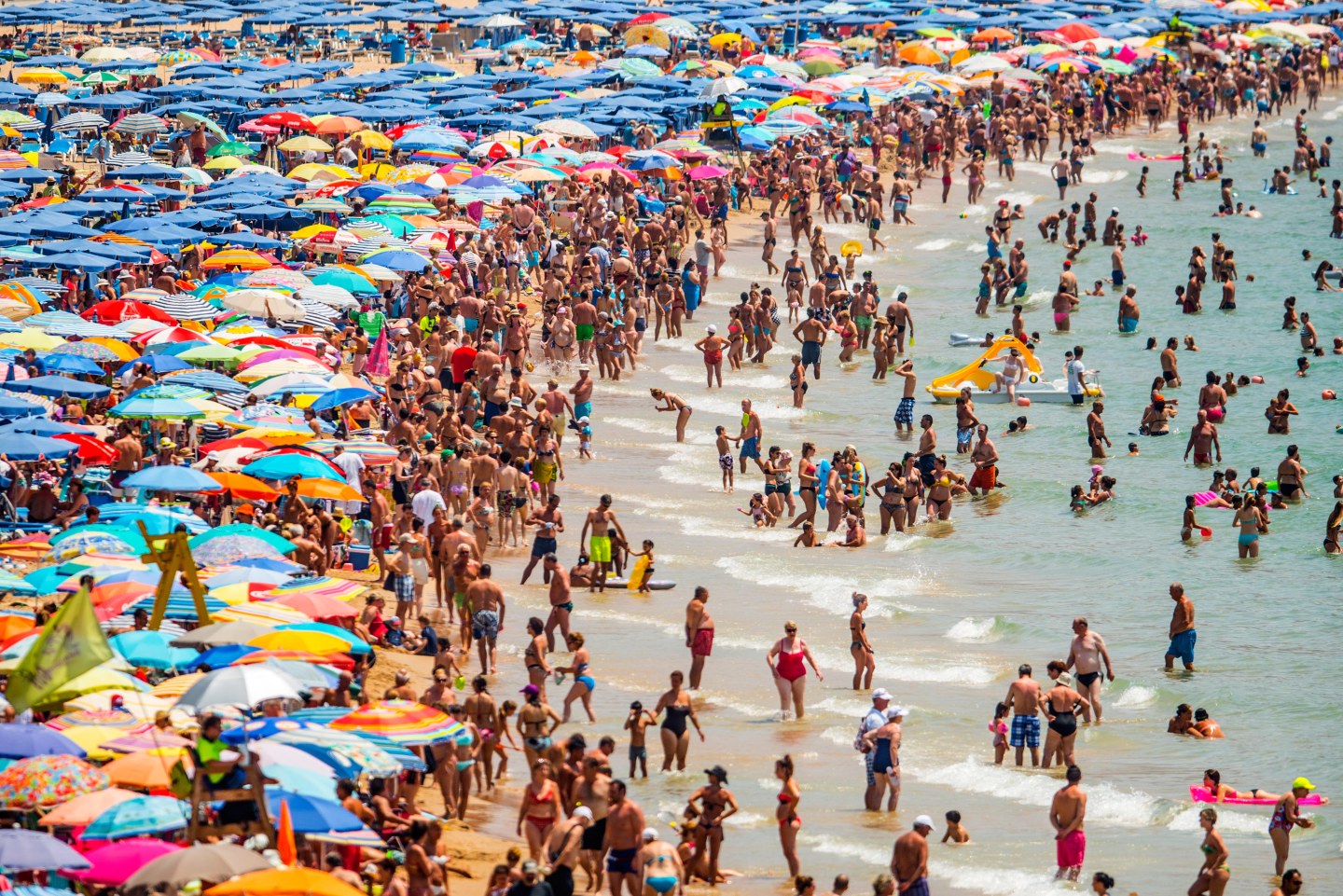 BENIDORM, SPAIN - JULY 22: People sunbathe at Levante Beach on July 22, 2015 in Benidorm, Spain. Spain has set a new record for visitors, with 29.2 million visitors in June, 4.2% more than the same period in 2014. Spain is also expected to be the main destination of tourists seeking a value-for-money all-inclusive holiday after the Tunisia attack. (Photo by David Ramos/Getty Images)
Photograph by David Ramos — Getty Images

Michael Thacker, director of corporate media relations at VMware, had a choice on how he would be spending his paid-time-off last year: visit a friend in Mexico, attend the San Francisco Giants’ spring training down in Scottsdale, Arizona, or go for his annual family trip.

So, he chose to do all three. That’s because one of the perks of working at VMware (VMW) is that the Palo Alto-based maker of cloud and virtualization software offers unlimited vacation to its 7,785 employees.

It’s one of only three companies on this year’s 100 Best Companies to Work For list—which includes Workday and Riot Games—to let employees take as much time off as they want. In recent years, companies like Netflix (NFLX), LinkedIn (LNKD) and Virgin have abandoned the traditional policy of defined, accrued time off, and have let their staff manage their own schedule with no strings attached.

Despite more big companies choosing to adopt this trend, it’s still a relatively rare occurrence: roughly 1% of companies in the U.S. have an unlimited paid-time-off policy, according to the Society For Human Resource Management. “It’s one of those benefits that catches everybody’s eye, but in our survey, it’s anything but a trend,” Bruce Elliot, SHRM’s manager of compensation and benefits, told Fortune.

In Elliot’s estimation, and in his informal survey of companies that do offer unlimited vacation, it yields an interesting observation: when given the freedom of taking as much time off as they want, employees don’t actually take more time off than usual. “From all the things we are seeing and companies we talk to, it seems to indicate that employees are not taking any more or less [of vacation days]. We don’t see that.”

There are also horror stories of companies who have tried to implement an all-you-can-take vacation policy. In 2014, Tribune Publishing rescinded its program after employees felt their vacations days were being taken away, with some even threatening to sue over the lost monetary value of years of accumulated paid-time-off. Kickstarter nixed its unlimited PTO policy after the crowdfunding site found workers were taking less time off, simply because there were no clear guidelines on what’s acceptable to managers (Kickstarter declined to participate in this story.) “Employees might think, “This is great and wonderful to take as much time as we want. But the question is, how much can I take now?”” said Elliot.

So why offer unlimited vacation? For one, it’s because employees don’t know how to take time off. In an analysis done by Project: Time Off—a coalition that promotes a better understanding of vacation-taking in the office—from 1976 to 2000, American workers used around 20.3 days of vacation each year. But that number has been in decline, and in 2013, employees reported using just 16 days of vacation, a full work-week less than pre-2000.

“This impacts health, our relationships, our personal well being and adds stress,” said Cait DeBaun, director of communications at Project: Time Off. Because of this, employees tend to miss an average of three notable events in a year because of work, she said. “Our studies show that one in 10 Americans miss a funeral [because of work].”

That was partly the case in Riot Games, the maker of the hugely popular online game League of Legends. Filled with people passionate about their work (read: making and playing video games), a significant portion of “Rioters” were often staying late in the office heads-down on their projects. “When I joined the company, it was presented to me that, hey, you’re gonna face this problem of Rioters working late hours. Your job is to get them out,” says Carl Kwoh, head of talent operations and systems at Riot Games.

So three years ago, Riot Games changed its policy. Employees volunteered for discussions around paid-time-off and vacation, vocally expressing their thoughts around it, and management considered all aspects of feedback. “We sort of were doing a roadshow around the company,” says Jay Moldenhauer-Salazar, the company’s vice-president for talent.

On January 1, 2013, the company rolled out a communication plan that informed employees about the switch to unlimited paid-time-off. There were all-day training sessions that workers could attend to better understand the reasons and mechanics of this new policy.

The result? Rioters aren’t necessarily taking much more time off, though Kwoh says we mostly see “equal or more” days taken. Instead, what has changed is how spread-out those breaks are—they’re taken in spurts of days, rather than batches of weeks. “We now see people who create four day weekends, who take one or two days off at a time. We see that a lot.”

For Workday (WDAY), the goal was flexibility. “We saw something like this at Netflix, Twitter, and we felt like it was such a natural thing, to evolve into giving them [our employees] trust to manage their time while also doing their job,” says Ashley Goldsmith, the chief human resources officer. “And so far, everyone has done really well.”

About two years ago, the cloud management company for finance and human resource held focus groups with its workers, a type of internal market research into what team members felt were about a change in PTO policy. “We wanted no assumption that we were pulling over them,” says Goldsmith. “It’s easy to think, oh you’re giving me something so great, you must be pulling a fast one.”

After a year, the company also conducted a huge launch explaining the switch: a big email sweep, online training sessions, and Q&As between human resource executives and managers on how best to approach the practice of unlimited vacations. In informal observations, employees are estimated to have taken one to two days more of vacation time compared to pre-unlimited vacation years. “So far, I’ve not had anyone raise to me that somebody was abusing [the new policy].”

So what’s the key in implementing a no-holds-barred PTO program? The oft-repeated word is trust. “All this is, is a good reflection of, do employees trust management? Or do they think they’re getting the short end of the stick?” says Goldsmith. “If you don’t have that trust, work on that. Forget about unlimited paid-time-off.”

DeBraun of Project: Time Off suggests companies should approach vacation taking from another perspective: instead of taking away the cap on paid-time-off, institute a mandatory minimum amount of vacation days employees need to take in a year. “It’s floor versus the ceiling. People may not like free for alls. They like to know the norm.”

In short, the policy lives or dies depending on the existing culture inside an office. “We’ve designed a culture in our company to support our people in any way,” said Thacker. “This policy is a just reflection of our culture.”

For more on companies with outstanding workplace cultures, check out the full list of the 100 Best Companies to Work For, where you’ll also find tips on job searching and secrets from recruiters on how to get hired.