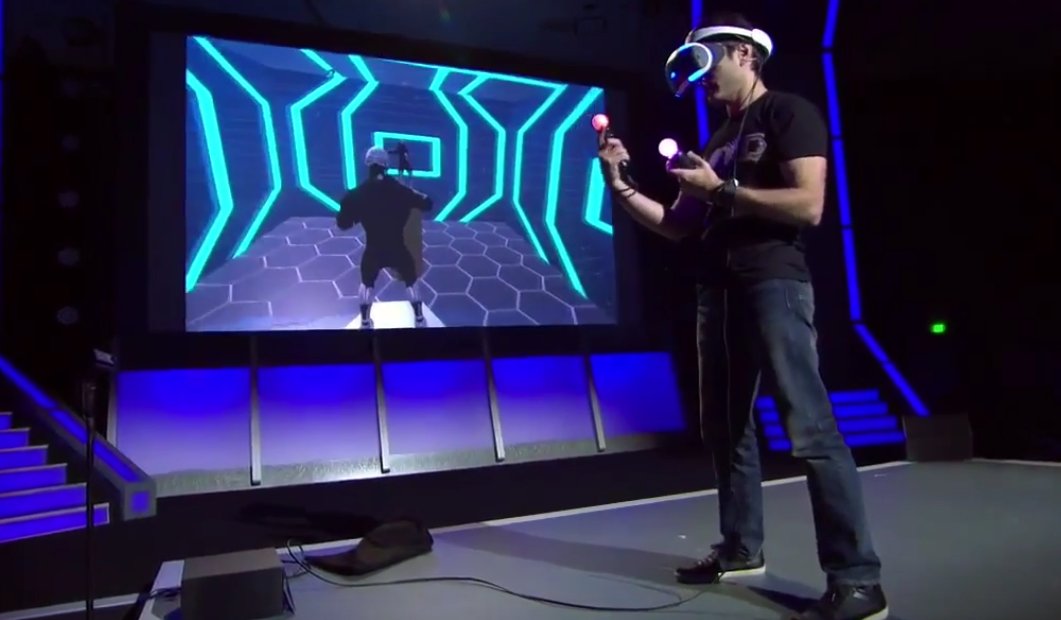 While Facebook-owned (FB) Oculus and HTC (HTC) have laid out a good deal of information about their upcoming virtual reality headsets, Sony (SNE) has been playing its hand close to its chest. But a new pair of patent filings might give some clues as to what the company has in mind.

Sony Computer Entertainment has filed for a patent for a glove that can interact with objects in a virtual reality world as well as a cloud-based gaming system that has intriguing possibilities.

First, the glove. Reminiscent (at least in the patent sketches) of an old Nintendo Power Glove, the peripheral is described as a potential controller, where hand formations reflect onscreen action in the virtual world. For instance, waving your hand, as if you were grasping an invisible sword, will let you fight medieval battles. Playing a shooter? Finger pistols will double as the real thing. To pause a game, you’d make a ‘Time Out’ sign and to capture video or a still image, you’d frame your hands like a director on set. The gloves, says the patent application, would provide haptic feedback (vibrating as you clash weapons or fire the gun).

Many people believe gloves like this will ultimately be a part of the VR experience, but they’re not likely to be a part of the first wave. Sony has demoed PlayStation VR using the PS Move controllers that were introduced last generation and, in early demos, they’ve been a natural fit.

For more on video games, watch:

And, of course, just because Sony has filed a patent for the device doesn’t mean the glove will ever make it out of the company’s research and development department.

More intriguing, perhaps, is Sony’s mention of how its VR headset and the glove could tie into the digital cloud. An image in the patent shows a cloud gaming module connected (via network) to a computer, though the patent says the computer could be “a network device, such as a router.”

That has raised some questions as to whether PlayStation VR may eventually bypass the PlayStation. It’s an unlikely scenario, though, given how dependent Sony is on PlayStation revenues.

The model certainly seems to confirm suspicions, though, that software for PlayStation VR can be downloaded digitally. Given the expected small install base for the VR headset and its expected high price (Sony has said previously it expects to price it as a new gaming system), it’s conceivable the company will lean heavily on digital sales of titles, especially for smaller, shorter games that are expected to be popular as VR ramps up.

Sony, not surprisingly, isn’t saying anything about the patent. But the company will reveal some details of its PlayStation VR roadmap on March 15. Among the information that’s expected to be unveiled is the launch date and price of the headset. Sony has previously said it expects to launch in the first half of 2016, but recent comments from GameStop’s CEO indicated Sony may have pushed that to the fall.