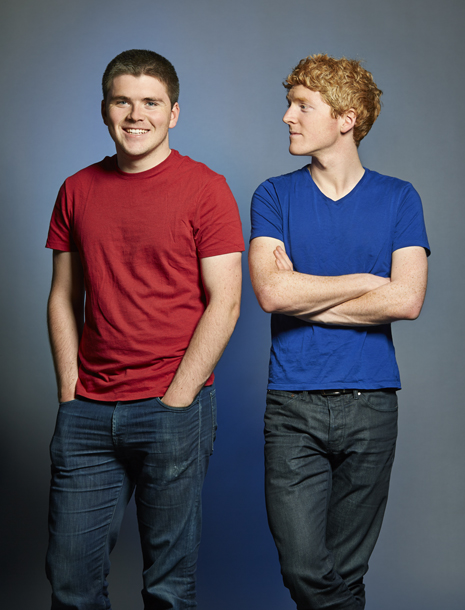 Founded by brothers Patrick and John Collison, Stripe helps businesses accept nearly all forms of digital payments online. Its service has gained considerable traction and helped push the company into the top tier of startups known as unicorns that are valued at $1 billion or more.

Atlas lets any foreign entrepreneur incorporate a U.S. business entity, obtain a U.S. bank account and tax ID number, and, of course, set up a U.S. Stripe account to receive payments. The service, which will cost $500 per business, will also give users access to tax advice from PwC, legal advice, and credits from Amazon’s (AMZN) cloud computing business, Amazon Web Services.

As John Collison explained to Fortune, entrepreneurs in many developing countries face roadblocks in incorporating and starting a company. The company found that these entrepreneurs didn’t have access to banking infrastructure or the ability to accept payments from customers outside their countries. “We saw a pattern of highly motivated entrepreneurs who were having trouble starting online businesses,” he said.

The benefit of Atlas to Stripe, he added, is that many of these businesses will start using and growing with its payment processing service. Stripe faces competition from PayPal’s (PYPL) Braintree as well as established players such as Chase (CCF) Paymentech. This also solves a problem for Stripe as it relates to international expansion. The company, which recently was valued at $5 billion after an investment from Visa (V), has been steadily expanding its service country by country since its launch five years ago; it’s now in 23 countries.

But launching Stripe in each country is a time-sensitive process, said Collison, and Atlas can help entrepreneurs start using Stripe before the company has been able to set up local payments.

​For now, Atlas is still in beta and entrepreneurs will need an invitation from Stripe or an incubator partner to sign up for the service. Currently Atlas will incorporate businesses only in the U.S. but it plans to expand the program to incorporate in other countries.

For more on unicorns, watch:

One of Stripe’s early investors and ardent advocates, Sequoia’s Michael Moritz, echoed these thoughts to Fortune in 2015. “Similar to AWS, Stripe relieves a massive burden for companies with payments, allowing a customer to focus on their core business and trust Stripe to do spectacular job on their behalf,” he said.