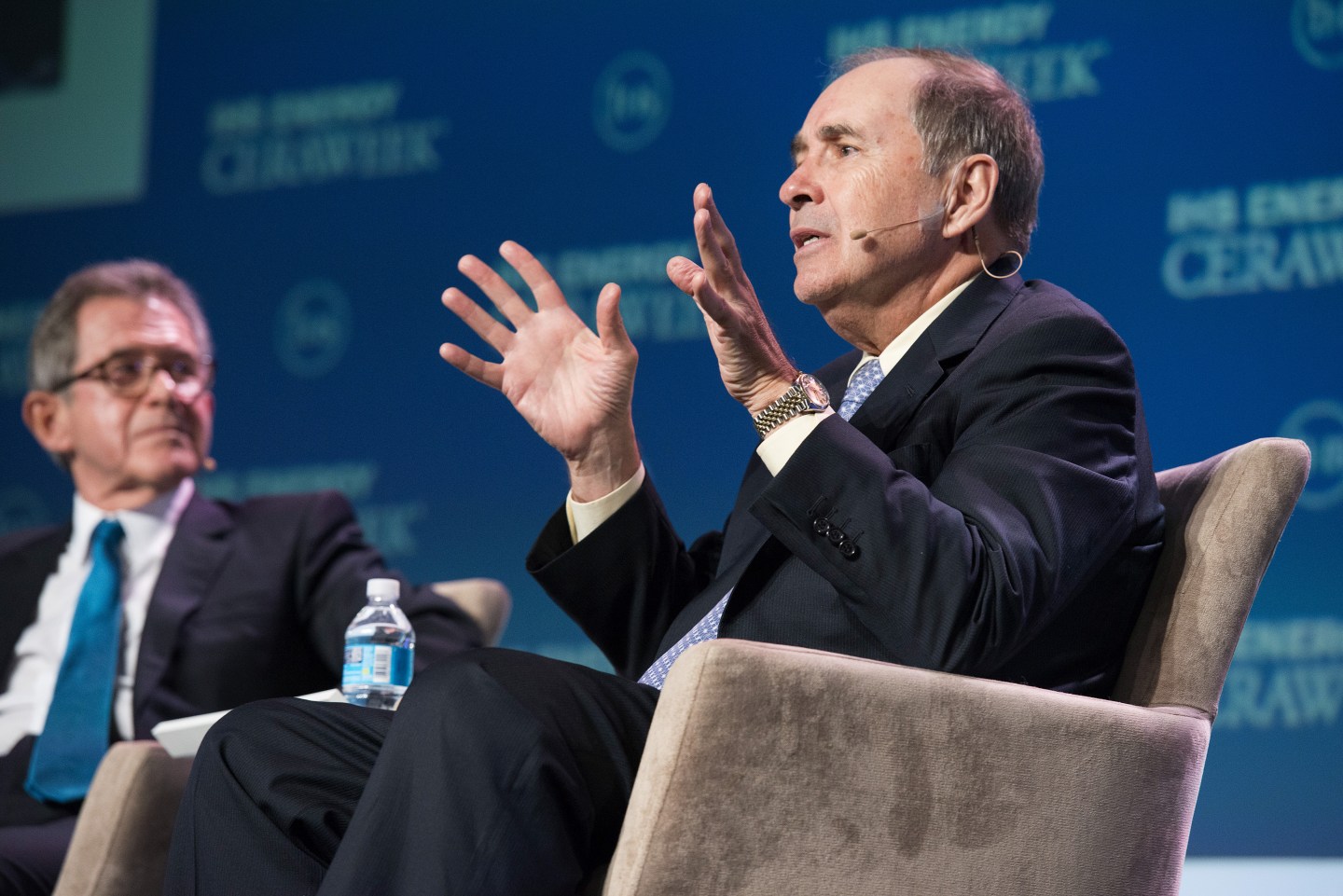 It would be hard to find two parts of the market investors are more wary of these days than IPOs and energy.

Energy stocks are down 28% in the past year. And there have been just five initial public offerings in 2016. That’s down from 27 at the same time a year ago. And this year’s IPOs have raised $886 million, or roughly 20% of the $4.7 billion that was raised in the first two months of last year.

No matter. Silver Run Acquisition Corp is making a go of it anyway. The company began trading on the NASDAQ on Wednesday. Silver Run doesn’t have earnings, or sales, or actually a business yet. It’s a so-called blank check company, or a special purpose acquisition corp. It plans to use the money it raises to buy up companies or assets in the beaten down oil and gas sector. But it doesn’t have any targets yet. The company is run by Mark Papa, the former CEO of EOG Resources.

Blank check IPOs experienced somewhat of a resurgence last year, with 20 of them coming to the market, the most since before the financial crisis. But they haven’t done that well. The shares of blank check IPOs that have gone public in the past two years are up just 1.9% since their IPOs.

And yet, at least on Wednesday, the combination of the oil and gas sector, the IPO market, and a blank check company was a hit. Silver Run’s IPO price was $10. Silver Run stock (SRAQU) was up slightly—around $0.10—at mid-day on Wednesday. That’s far from a home run for an IPO. But it’s definitely a win, given how weak the IPO market has been, and the fact that stocks in general were down on Wednesday. Many technology IPOs traded down on their first day of trading last year, and plenty have since fallen below their initial offering prices.

What’s more, Silver Run in the weeks before the offering, raised $450 million or $50 million more than was initially expected.

To be sure, blank check IPOs draw a certain type of investors who are generally willing to take on risk. And given how far energy has fallen, buying in now or in the near future seems like a good bet. And Silver Run has at least two years to invest the money it raised, so it can wait out the oil rout for now.

Nonetheless, the fact that Silver Run went public and wasn’t trounced is a sign that, despite the recent rockiness in the market, there is some optimism out there that things will get better. The VIX (VIX), or volatility index, which is usually called the market’s fear index, is only trading at 21. That’s half the 40 it hit last September, and far below the 80 it hit during the financial crisis.

On Tuesday, Jamie Dimon, CEO of JPMorgan Chase (JPM), said that, despite rising losses in loans the bank has made to energy companies, he thought the economy would pull through its recent bumpiness.

Investors may not be enthusiastic about the market these days, but they seem willing to take some risks, and that’s a good sign.