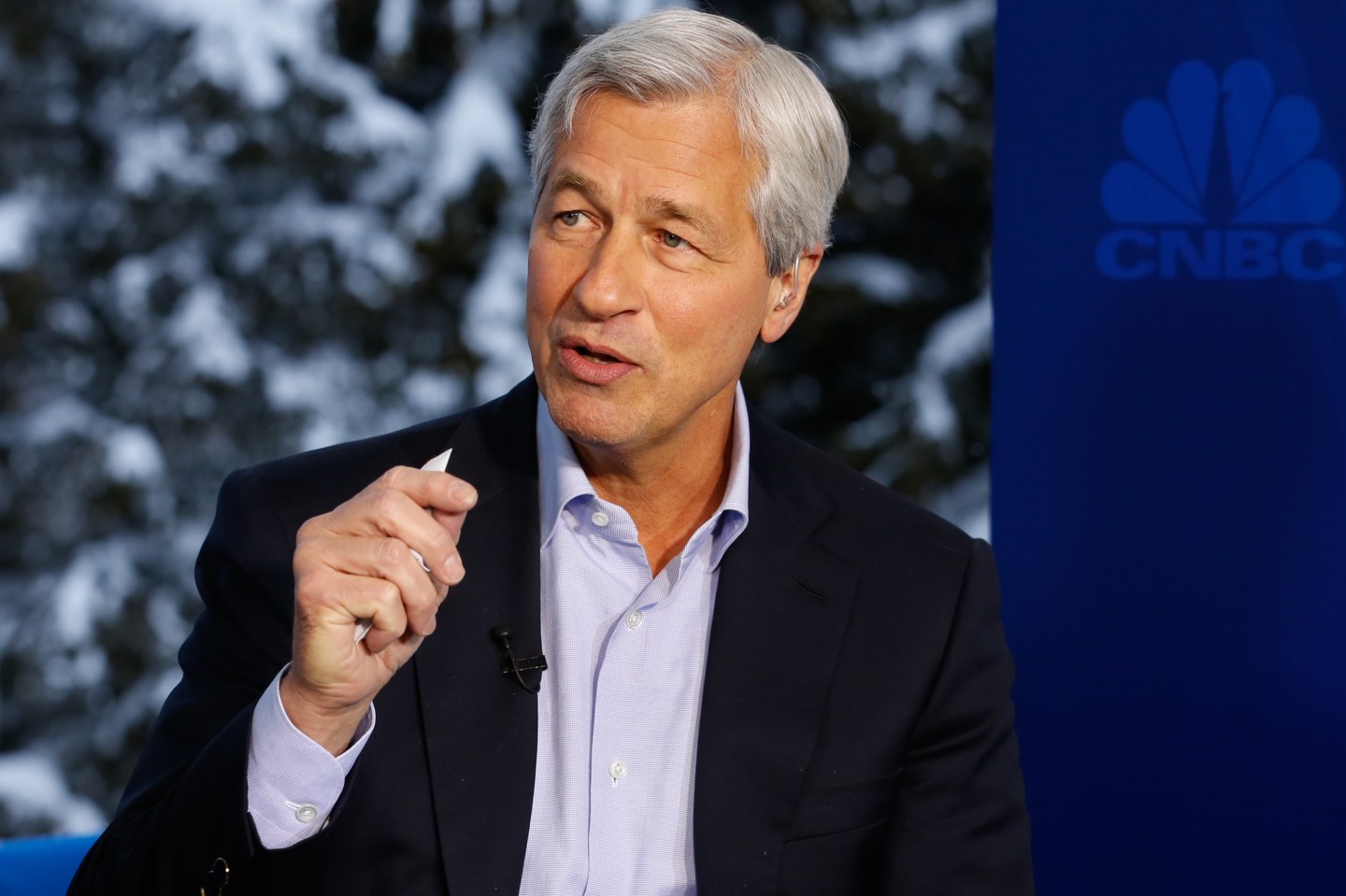 The drop in oil prices could drain billions of dollars of earnings from the nation’s largest bank.

On Tuesday, JPMorgan Chase said losses on loans made to energy companies could cost the bank as much $2.8 billion. The company also said the drop in commodity prices in general could cost it another $350 million from defaults by mining and materials companies. The bank said that about half of the losses would only happen if oil prices remain low for the next 18 months. But it also said it is likely to recognize at least $600 million of the losses in the first three months of the year.

JPMorgan made the disclosure on possible energy losses to analysts and investors at its annual investor day on Tuesday.

“The outlook for oil and gas loans has gotten considerably worse in the last few weeks,” says JPMorgan CFO Marianne Lake, referring to the outlook the bank gave when it reported fourth quarter earnings at the end of January.

As oil prices have dropped, bank investors have grown increasingly concerned about how much banks could lose on loans to firms in the sector. Shares of JPMorgan (JPM) have fallen nearly 15% in 2016.

Last week, bond rating firm Standard & Poor’s said that corporate defaults had risen nearly 50% this year to a total of 19, compared to 13 at the same time last year. Ten of those companies were in the oil and gas sector. Fitch Ratings said that 41% of the energy bonds outstanding were trading at below $0.50 on the dollar, suggesting investors believe more defaults are coming.

On Monday, Goldman Sachs (GS) in a securities filing said that 40% of the loans it had made to energy sector companies were to oil and gas firms that now have junk credit ratings. In all, Goldman—which, relative to the rest of the major banks, has a smaller lending business—said that it has made nearly $11 billion in energy industry loans.

JPMorgan said on Tuesday that it had $44 billion in direct loan exposure to the oil and gas industry. Right now, it still expects relatively low losses on those loans. Investors, though, appear to be worried that the bank may be too optimistic.

Despite the worries in the oil and gas industry, JPMorgan has put away just $815 million in reserves for bad loans, or less than 2% of its total loans to the oil and gas industry. JPMorgan said it expects to put away another $500 million in reserves in the first quarter of this year for possible losses on energy industry loans. But that would only bring its reserves up to just under 3%. The bank said that $19 billion of its energy loans were to firms that are now rated junk. It also said that about 39% of its oil and gas loans were made to exploration companies, which are suffering the most from low oil prices. Just 19% of the energy sector loans that JPMorgan has made were to large integrated oil companies, which have weathered the current drop in oil prices the best.

On top of that, JPMorgan said it had an additional $2.7 billion in exposure to companies that service the oil and gas industry, as well as $4 billion in loans to areas of the country where the local economy is particularly sensitive to the energy industry. The bank did not say how much it has set aside for potential losses on those loans.

JPMorgan CEO Jamie Dimon said that, despite the possible losses to his bank, low oil prices are having a positive effect on the U.S. economy in general. He called U.S. consumers one of the biggest winners around the globe from low oil prices. “We see consumers spending the money they are saving on gas,” says Dimon. “We see that in the data.”