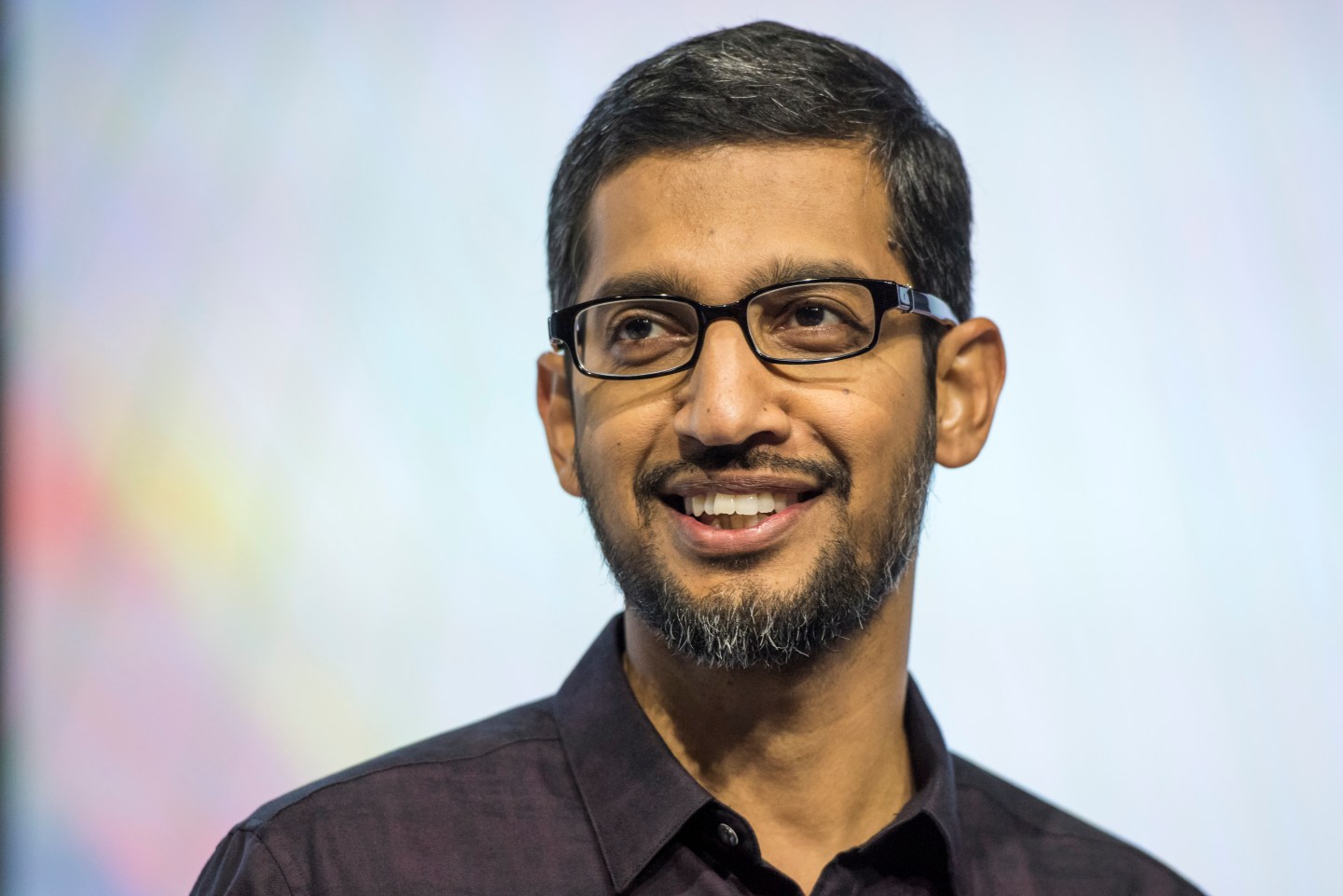 Google CEO Sundar Pichai opened up about his thoughts on Apple’s ongoing battle with the FBI, but his comments likely won’t do much to change Tim Cook’s opinions on Silicon Valley’s privacy practices.

In a series of tweets late Wednesday, Pichai called Apple CEO Tim Cook’s open letter decrying the FBI’s desire to gain encrypted information from the iPhone used by the San Bernardino attackers an “important post.” He stopped short of saying, however, that the government’s actions are as concerning as Cook argued in his letter.

“Forcing companies to enable hacking could compromise users’ privacy,” Pichai tweeted. “We know that law enforcement and intelligence agencies face significant challenges in protecting the public against crime and terrorism. We build secure products to keep your information safe and we give law enforcement access to data based on valid legal orders. But that’s wholly different than requiring companies to enable hacking of customer devices & data. Could be a troubling precedent.”

Pichai added that he was anticipating “a thoughtful and open discussion on this important issue.”

His comments came in the wake of U.S. Magistrate Judge Sheri Pym siding with the FBI on Tuesday by ordering Apple (AAPL) to comply with a request to assist law enforcement agencies in obtaining access to encrypted data stored on the iPhone used by one of the San Bernardino terrorists. The order specifically asks Apple to write special software that would override the device’s encryption technology so the officials can gain access to the desired data.

In a strongly worded response, Cook decried the court order, saying that he would not comply with the government’s request.

“We feel we must speak up in the face of what we see as an overreach by the U.S. government,” Cook wrote in his open letter. “We are challenging the FBI’s demands with the deepest respect for American democracy and a love of our country. We believe it would be in the best interest of everyone to step back and consider the implications.”

He added that the U.S. government is effectively asking Apple to “hack our own users and undermine decades of security advancements that protect our customers.”

“Doing so would hurt only the well-meaning and law-abiding citizens who rely on companies like Apple to protect their data,” Cook wrote.

“Essentially, the government is asking Apple to create a master key so that it can open a single phone,” he said in a statement. “And once that master key is created, we’re certain that our government will ask for it again and again, for other phones, and turn this power against any software or device that has the audacity to offer strong security.”

John Koum, who heads up Facebook-owned messaging application WhatsApp, celebrated Cook’s stance, saying that he has long admired the Apple CEO for standing up for privacy.

“We must not allow this dangerous precedent to be set,” he wrote on Facebook (FB). “Today our freedom and our liberty is at stake.”

In light of those comments, as well as others from serial entrepreneur Mark Cuban and several privacy rights groups, Pichai’s tweets feel rather tepid in comparison. Pichai’s tweets, loaded with the use of “could,” seemed to suggest that while Apple and its supporters may be right, they may also be wrong.

Indeed, it’s the kind of response that has caught Cook’s ire in the past. In a thinly veiled jab at Google in September, Cook wrote another open letter, arguing that certain Internet giants (he didn’t mention Google (GOOG) by name, but it was clear to which company he was referring) did not necessarily respect user privacy.

“A few years ago, users of Internet services began to realize that when an online service is free, you’re not the customer. You’re the product,” Cook wrote. “But at Apple, we believe a great customer experience shouldn’t come at the expense of your privacy.”

Cook’s privacy manifesto came just months after he spoke at the EPIC Champions of Freedom of event in Washington, D.C. Again, Cook didn’t mention Google by name, but his comments were scathing.

“Some of the most prominent and successful companies (in Silicon Valley) have built their businesses by lulling their customers into complacency about their personal information,” Cook told the audience, according to TechCrunch. “They’re gobbling up everything they can learn about you and trying to monetize it. We think that’s wrong. And it’s not the kind of company that Apple wants to be.”

For its part, Google has stayed out of an outright battle with Apple over which company offers more privacy. But Pichai’s tepid approval of Apple’s stance may add some more fuel to Cook’s fire.

Regardless, Apple is unlikely to stop here. The company is expected to file its own brief with the magistrate judge in the coming days, saying it will not comply with the government’s requests. From there, a protracted legal (and PR) battle could ensue.

Neither Google nor Apple responded to a request for comment.