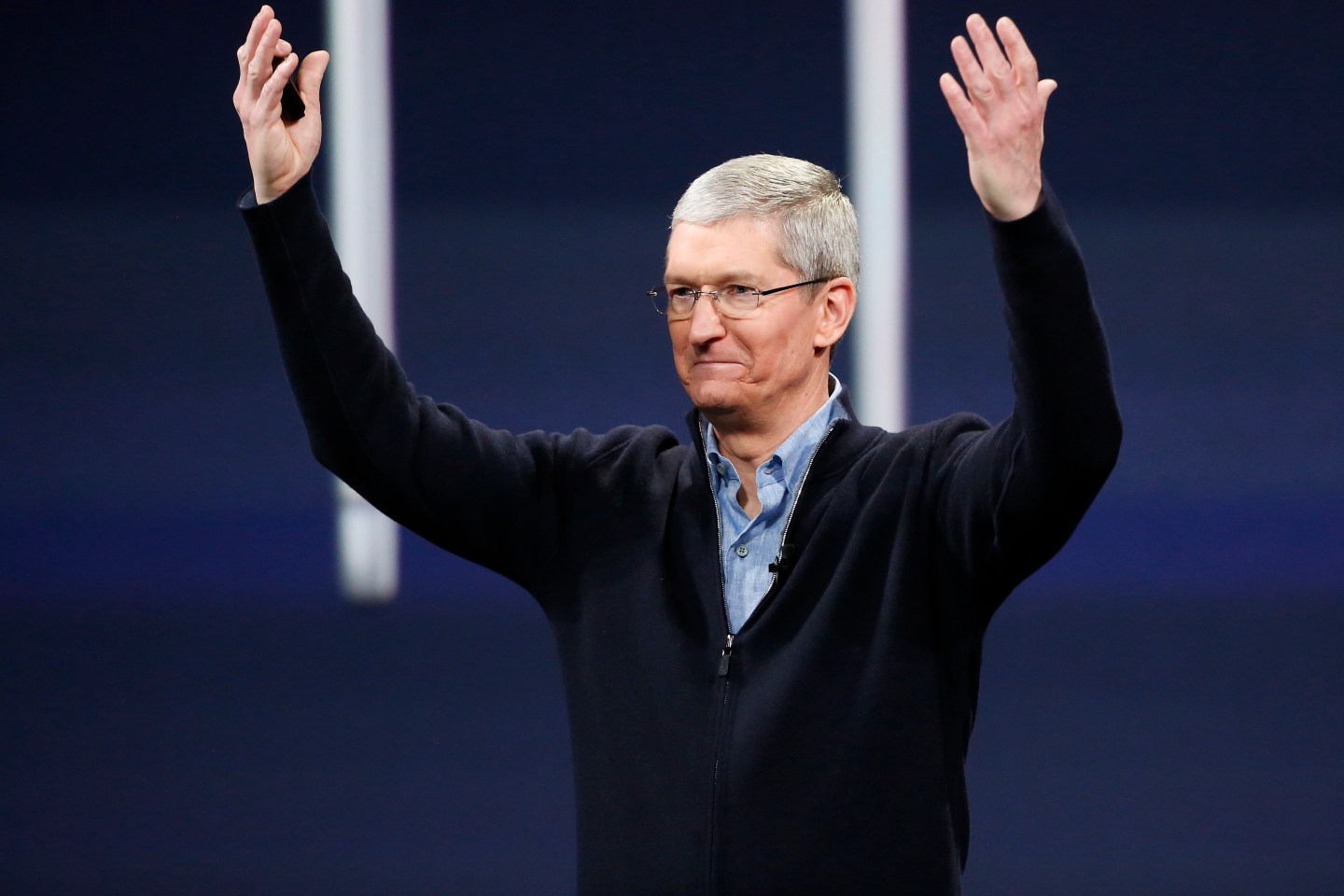 Apple (AAPL) boss Tim Cook lashed out at Internet giants and government, calling them out for undermining constitutionally-guaranteed rights to privacy.

In a speech seemingly aimed at differentiating Apple’s corporate culture from some of its biggest rivals in Silicon Valley, Cook stepped up his criticisms of those who fund their business models by monetizing users’ data.

Although he stopped short of naming them, there was no mistaking Cook’s targets–Facebook Inc. (FB), Google Inc. (GOOG) and Twitter Inc. (TWTR), among others.

“Some of the most prominent and successful companies (in Silicon Valley) have built their businesses by lulling their customers into complacency about their personal information,” Techcrunch reported Cook as telling an audience in Washington. “They’re gobbling up everything they can learn about you and trying to monetize it. We think that’s wrong. And it’s not the kind of company that Apple wants to be.”

“We at Apple reject the idea that our customers should have to make tradeoffs between privacy and security,” Cook said. “We can, and we must provide both in equal measure. We believe that people have a fundamental right to privacy. The American people demand it, the constitution demands it, morality demands it.”

It’s not Cook’s first attack on companies that are competing increasingly directly for customers in area like Cloud storage. But his comments were arguably even stronger than previous ones on the subject in, for example, his interview with PBS’s Charlie Rose last year.

“We don’t think you should ever have to trade it for a service you think is free but actually comes at a very high cost. This is especially true now that we’re storing data about our health, our finances and our homes on our devices,” Cook went on, getting even more explicit when talking about user privacy.

Cook’s attack included a thinly-veiled swipe at Google’s new Photos service, which critics say allows the company to analyse images of family life in order to optimize its advertising.

“You might like these so-called free services, but we don’t think they’re worth having your email, your search history and now even your family photos data mined and sold off for God-knows-what advertising purpose,” Cook said. “We think some day, customers will see this for what it is.”

Cook didn’t stop at attacking his competitors. He also saved some ammo for the government and its attacks on the encryption of private data. The Department of Homeland Security has warned that encryption allows terrorists to communicate too easily in secret.

“Removing encryption tools from our products altogether, as some in Washington would like us to do, would only hurt law-abiding citizens who rely on us to protect their data,” Cook said. “The bad guys will still encrypt; it’s easy to do and readily available.”

Taking away encryption, he said, “has a chilling effect on our First Amendment rights and undermines our country’s founding principles.”

Cook delivered his speech late Monday via a remote link to the “Champions of Freedom” event hosted by the Electronic Privacy Information Center, a non-profit organization that focuses on privacy issues.

CORRECTION: This story originally stated that the speech was delivered on Tuesday. It has now been corrected.