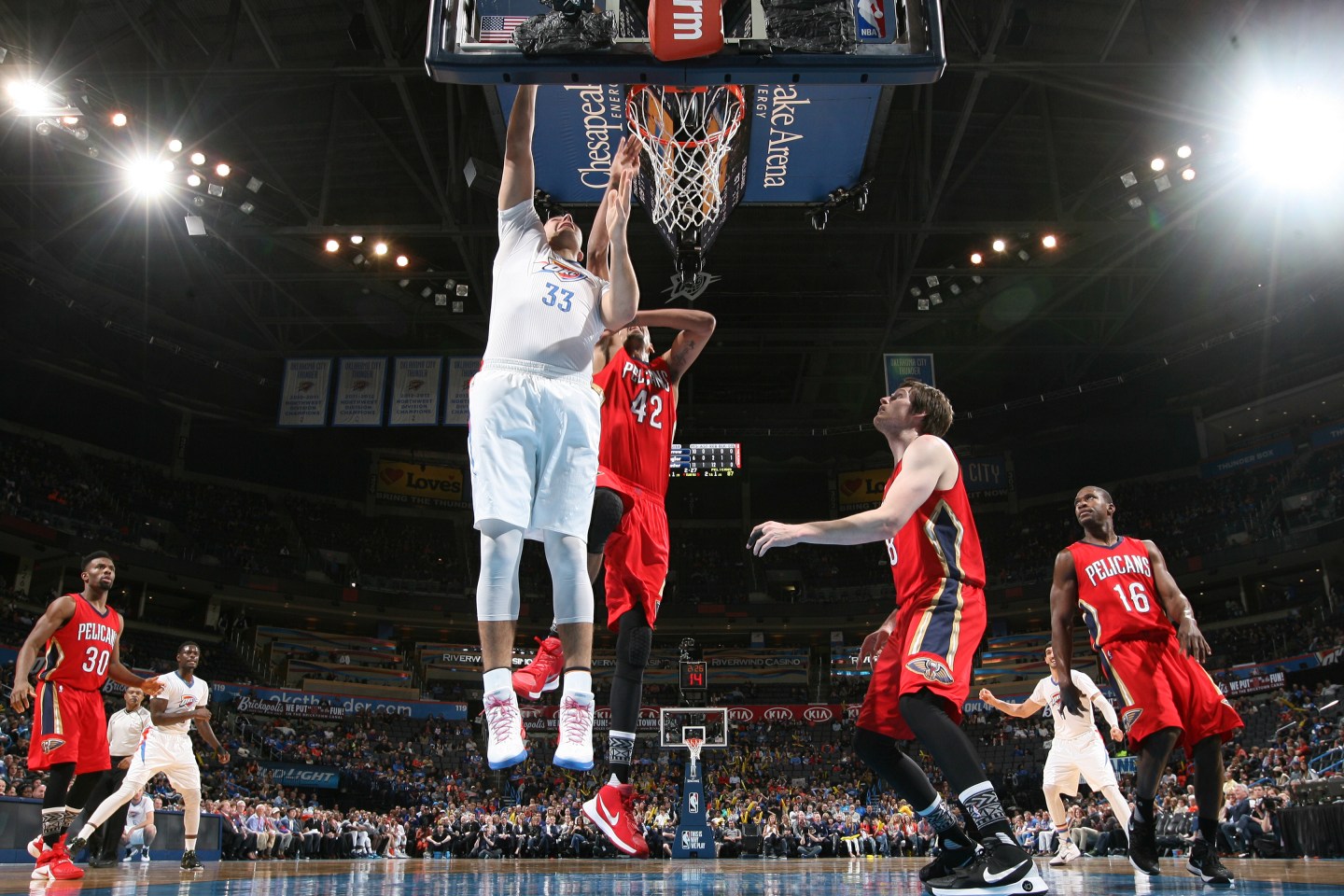 If there’s one thing that Americans love more than making money, it’s sports.

That’s one reason why, until now, major American sports leagues have kept their uniforms free of corporate advertising, unlike, say, European soccer leagues. Something must be kept sacred, right?

Not if you ask the owners of the National Basketball Association. According to a report on ESPN.com, the leagues owners will discuss the possibility of regularly placing advertising on players jerseys at a meeting this weekend in Toronto, ahead of the annual NBA All-Star Game.

“Under the league proposal, which must be approved by the Board of Governors in April to come to fruition, teams will be able to sell one corporate logo on their uniforms for the 2017-18 season,” according to ESPN. “That would give teams a year to sell, and it would line up with the league’s new apparel deal with Nike.”

This is not the first time the NBA has considered such a move. In fact, this weekend’s All-Star Game uniforms will feature the logo of carmaker Kia. If the proposal passes, however, it would be the first example of a major American sports league putting advertising on regular-season uniforms.

Fortune has reached out to the NBA for comment, and will update the story if it responds.