Yellen, New Hampshire, and Disney Earnings—5 Things to Know for the Week Ahead 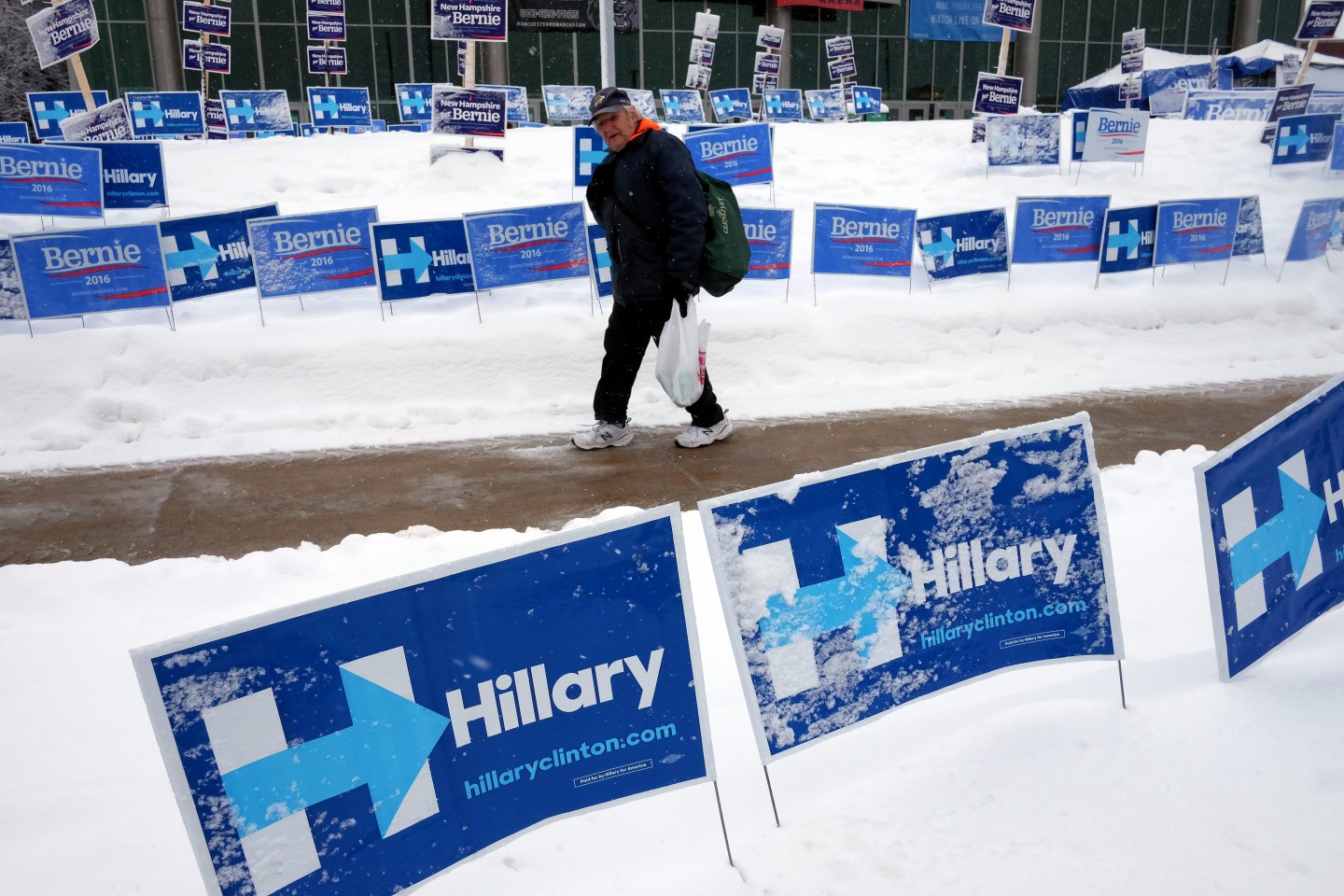 While millions of football fans across the world will start Monday off trying to recover from a Super Bowl hangover, the stock market will look to recover from another rough week that kicked off the month of February. Retail sales figures and a handful of major corporate earnings could move the market this week, while Federal Reserve chair Janet Yellen will spend a couple of days answering questions about the U.S. economy in front of Congress. Also this week, the remaining crop of presidential hopefuls square off in New Hampshire in the second major early contest of the 2016 election cycle.

The first week of February did not bring much relief for the stock market after its volatile first month of 2016. A sell-off on Friday left the Dow Jones Industrial Average down more than 260 points for the week and the blue chip index remains down 7% on the year, while the tech-heavy Nasdaq composite is now off by almost 13% this year. There are quite a few potential market movers this week, as investors will be watching out for a handful of corporate earnings reports—including some major players from the world’s of tech and media—as well as U.S. Fed chair Janet Yellen’s two-day stint in front of D.C. lawmakers. And, on Friday, the Commerce Department will report retail sales figures for the month of January. U.S. retail sales are expected to have rebounded a bit, increasing 0.1% last month, after dipping by 0.1% in December during a disappointing holiday shopping season.

After last week’s Iowa caucuses, Tuesday’s New Hampshire primary will have a hard act to follow after the excitement and controversy that came out of the first voting event of the 2016 presidential election cycle. The remaining candidates square off in the GOP and Democratic primaries after Ted Cruz came out on top of his party in Iowa and Hillary Clinton (barely) squeaked past Vermont Senator Bernie Sanders. Donald Trump, who has been complaining loudly about the tactics Cruz used on his way to victory, is holding onto his lead in the polls in New Hampshire, though rivals such as Florida Senator Marco Rubio are gaining ground. On the Democratic side, Sanders maintains a solid lead over Clinton in the polls.

Federal Reserve chair Janet Yellen will testify before Congress on Wednesday and Thursday of this week. Her testimony before the House Financial Services Committee and the Senate Banking Committee will include the Fed’s semi-annual Monetary Policy Report, as Yellen is expected to shed some light on how the Fed views the prospects of the U.S. economy while outlining how the central bank intends to proceed over the next few months. At the end of 2015, the Fed raised interest rates for the first time in nearly a decade after they’d previously been near zero.

We already know that Star Wars: The Force Awakens set records at the box office, but on Tuesday we will find out more about the blockbuster film’s ultimate impact on Walt Disney’s (DIS) bottom line in the first quarter of the entertainment giant’s fiscal year. Disney is expected to report increased first-quarter revenue and profit thanks, in part, to Star Wars bolstering its movie studio and merchandising units. However, investors will also be very much focused on the company’s television properties, especially sports network ESPN, which struggled with subscriber losses last year that spooked the market into an industry-wide sell-off of media stocks.

Meanwhile, Viacom (VIA) is expected to report a drop in its first-quarter revenue and profit on Tuesday after announcing last week that CEO Philippe Dauman will replace 92-year-old Sumner Redstone as executive chairman. The company’s cable television unit has suffered from declining advertising sales. Redstone is also out at CBS (CBS), where Leslie Moonves takes over as executive chairman, and the network is expected to have seen increased fourth-quarter revenue thanks to strong sports advertising sales ahead of the Super Bowl. And, Time Warner (TWX) is also likely to post a dip in profit, as the company contends with a strong U.S. dollar amid activist pressure to spin-off HBO and the return of Fox takeover rumors.

Wednesday is a big day for billionaire Elon Musk and his electric car company, Tesla Motors (TSLA), which has seen its stock price plummet more than 32% so far in 2016. Investors have shown concern over a variety of issues with Tesla, including increased expenses and R&D costs as well as disappointing sales, with Musk recently warning that the ongoing slide in crude oil prices would likely continue to hurt electric car sales. On Wednesday, investors will want to hear some reasons for optimism for the company, while Musk could also offer some hints on plans for future Tesla models and the progress of the new Model X SUV. Meanwhile, social media platform Twitter (TWTR) is expected to post a fourth-quarter profit that outpaces Wall Street’s expectations on Wednesday. Investors will want to hear about CEO Jack Dorsey’s strategy for the upcoming fiscal year after several executives recently left the company.