Donald Trump Is Not Conceding Iowa Yet 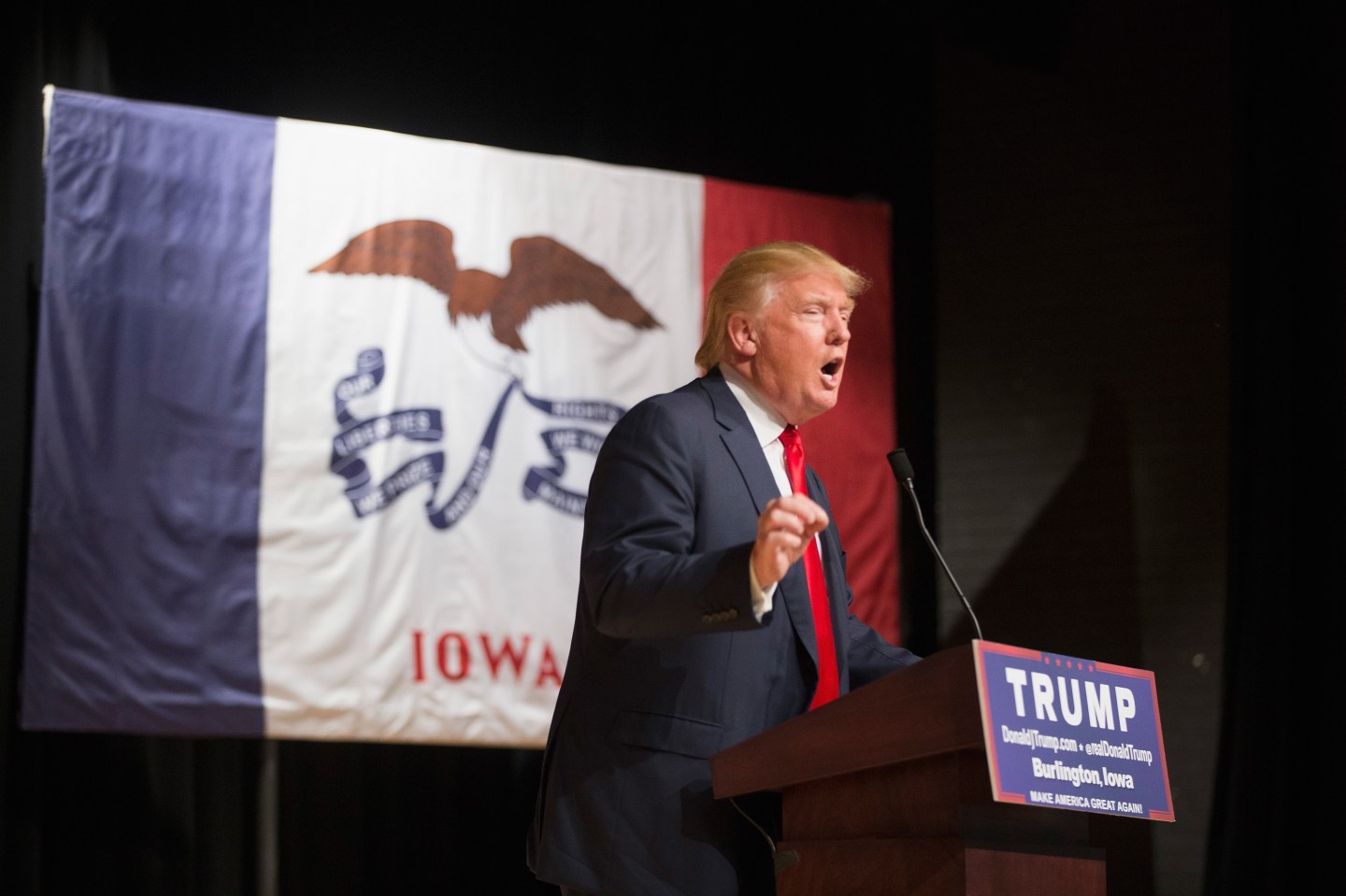 Donald Trump is not giving up on Iowa. At least not yet.

After spending a good part of Wednesday sending out a barrage of tweets accusing Ted Cruz of engaging in fraud to win the Iowa caucuses, he was back at it again early Thursday morning.

Trump’s Wednesday Twitter burst accused Cruz of stealing the Iowa caucuses using a number of tricks: suggesting that Ben Carson was dropping out of the race, using official-looking leaflets to shame Iowans into voting for him, and saying Trump was pro-Obamacare.

“Ted Cruz didn’t win Iowa, he stole it. That is why all of the polls were so wrong and why he got far more votes than anticipated. Bad!” Trump wrote.

And then he got down to details.

During primetime of the Iowa Caucus, Cruz put out a release that @RealBenCarson was quitting the race, and to caucus (or vote) for Cruz.

Many people voted for Cruz over Carson because of this Cruz fraud. Also, Cruz sent out a VOTER VIOLATION certificate to thousands of voters.

The Voter Violation certificate gave poor marks to the unsuspecting voter(grade of F) and told them to clear it up by voting for Cruz. Fraud

And finally, Cruz strongly told thousands of caucusgoers (voters) that Trump was strongly in favor of ObamaCare and "choice" – a total lie!

Based on the fraud committed by Senator Ted Cruz during the Iowa Caucus, either a new election should take place or Cruz results nullified.

Ted Cruz didn’t seem to take the first burst of accusations too seriously.

“I wake up every day and laugh at the latest thing Donald has tweeted because he’s losing it,” Cruz told reporters in Goffstown, N.H., according to Politico. “We need a commander-in-chief, not a Twitterer-in-chief. We need someone with judgment and the temperament to keep this country safe.”

But the mockery didn’t deter Trump, and at 1:30 a.m. ET Thursday, he was back in the saddle. This time he had backup from pictures of the “voter violation” notices and video of a FOX News segment with Bill O’Reilly and Republican strategist Karl Rove. And he wasn’t just asking for Cruz to be disqualified any more. Cruz’s campaign, Trump said, had committed a “misdemeanor at minimum.”

Thank you @billoreilly & @KarlRove. Ted Cruz should be immediately disqualified in Iowa, with each candidate moving up one notch.

#ICYMI: @KarlRove & @oreillyfactor discuss what Ted Cruz did to the great people of Iowa- as they went to vote. https://t.co/Tv0FNezxse

.@oreillyfactor @KarlRove– as per the show, an even more serious Cruz charge is the fraudulent voter violation certificate sent to everyone.

This is the Cruz voter violation certificate sent to everyone, a misdemeanor at minimum. pic.twitter.com/tMav17UGkf

Of course, it’s doubtful that Trump will somehow get an Iowa redo, and his complaints are unlikely to head off suggestions that he is just a poor loser. But Trump is used to the insults by now: Hours after losing the Iowa caucuses to Cruz, Trump’s Wikipedia page became the redirected destination of Loser.com.

Fortune has contacted both the Trump and Cruz campaigns for comment and will update this story if they respond.