Type Loser.com Into Your Browser and See Where It Goes 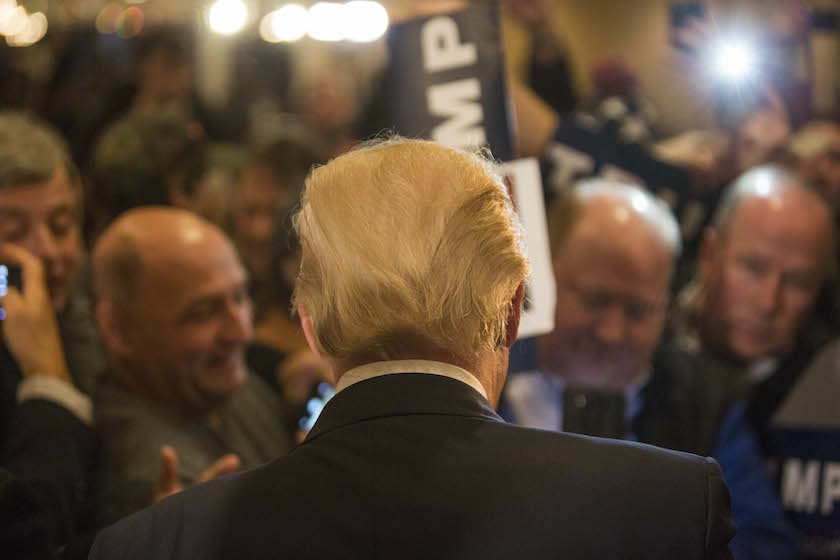 Insult has just been added to Donald Trump’s Iowan injury.

Hours after losing the Iowa Republican caucuses to Ted Cruz, Trump’s Wikipedia page became the redirected destination of Loser.com. The owner of the web domain began trolling the GOP candidate at around 12:30 a.m. Tuesday, notes the New York Daily News.

Loser.com has a long history of pointing toward whoever may be the loser du jour. The site featured Kanye West’s Wikipedia page after the musician lost to Beck at the 2015 Grammy Awards—an insult compounded by the fact that Beck’s most well-known jam is “Loser.”

Of course, “loser” aslo happens to be a favorite insult of Trump. Salt meet wound.

Dope Frank Bruni said I called many people, including Karl Rove, losers-true! I never called my friend @HowardStern a loser- he’s a winner!

Joe McQuaid (@deucecrew) is desperately trying to sell the @UnionLeader. It's a loser, and my comments haven't helped him much.

For more on the Ted Cruz and the Iowa caucus, watch:

The site’s owner is Brian Connelly, a South Carolinian systems analyst, according to the Daily Beast. He has apparently controlled the domain since 1995, and uses it as a joke and as a means to generate traffic, depending on his whims.