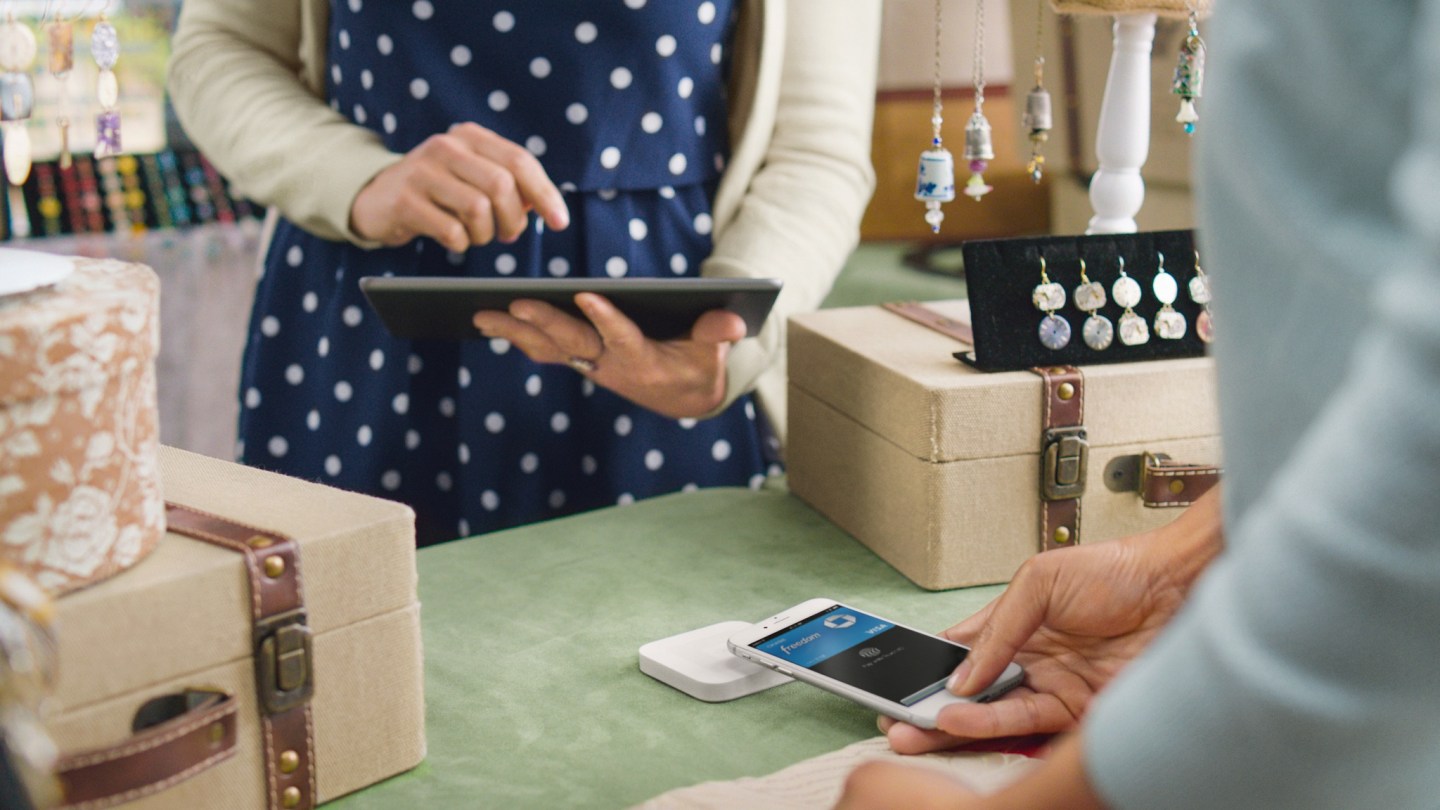 Payments technology company Square (SQ) expanded the reach of its new credit card readers Tuesday, debuting the new hardware for sale at all Apple retail locations in the U.S. and on Apple’s web store.

The readers, which cost $49, are also available for sale on Square’s website.

In 2015, Apple (AAPL) and Square partnered to develop a hardware reader that lets consumers use Apple’s mobile payments technology, Apple Pay, in stores with a Square register point-of-sale system. Apple Pay allows shoppers with iOS devices to use their phone to pay for goods and services in the U.S., U.K., and a number of other countries, at point-of-sale locations equipped with near field communication technology, known as NFC.

Square’s new reader is also integrated for chip-enabled cards, or EMV, which is a more technical standard for credit cards that includes computer chips to authenticate card transactions.

Selling the new readers at Apple stores could be another source of revenue for the newly public Square. New sellers who purchase the older version of Square’s reader for magnetic stripe cards, which cost $10 at retail locations, are offered a $10 rebate, effectively making the reader free to merchants. With that deal, Square is assuming some of the cost for these readers.

Square wrote in its IPO filing that with the new readers for EMV chip cards and NFC, the company expects to distribute relatively fewer Square Readers for magnetic stripe cards, reducing the company’s sales and marketing costs.