Does the Fed Have the Guts to Raise Interest Rates? 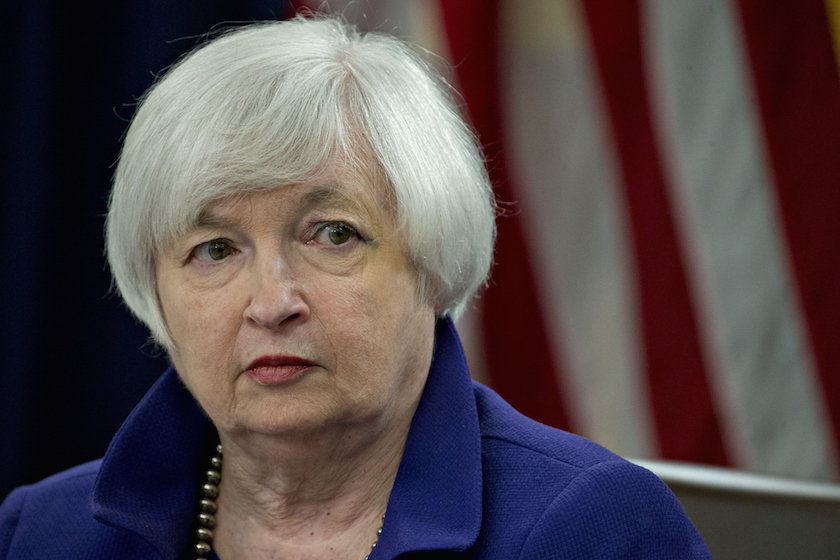 In December, when the Federal Reserve was on the verge of raising interest rates for the first time in nearly a decade, several prominent economists including Nouriel Roubini warned that such a move was premature. The Fed lifted rates anyway.

Despite fears over the global economy, Fed chair Janet Yellen said she was “confident about the fundamentals driving the U.S. economy.” A few weeks later, vice chairman Stanley Fischer added that he could see the Fed raising rates four times this year. “We make our own analysis and our analysis says that the market is under-estimating where we’re going to be,” he told CNBC.

Later today, investors will see whether the Fed is finally willing to listen to others.

Since the Fed lifted rates in mid December, the S&P 500 index has lost 8% of its value, the Nasdaq composite index has tumbled 9%, and the Dow Jones industrial average is down 10%. Investors are sending a clear signal that the economy isn’t nearly as strong as policymakers think.

So how will central bankers respond?

The Fed has four options:

Option 1: Leave rates alone, citing recent market shocks.
Probability: 50%
“After raising rates in December, there is no expectation of a rate rise at this meeting,” said David Kelly, chief global strategist for J.P. Morgan Funds. “Moreover, the Fed will likely acknowledge some of the potential problems caused by market turmoil and re-emphasize its determination to be gradual in raising rates.”

Read Next: 7 Numbers That Put This Market Madness In Perspective

Option 2: Leave rates alone, but talk about raising rates soon.
Probability: 45%
The Fed is in a precarious position. If Fed officials don’t acknowledge investors’ concerns about the economy, the “markets are going to humiliate them by further declining,” famed bond fund manager Jeffrey Gundlach told CNBC.

On the other hand, if Fed officials bend over backwards to acknowledge the struggling economy, they might confirm how weak the economy actually is, which could further spook investors.

Read Next: 3 Reasons Wall Street Is Panicking, and 3 Reasons You Shouldn’t

Option 3: Buck conventional wisdom and raise rates slightly.
Probability: 5%
Why would the Fed be so aggressive? Part of it is political. After being lauded by the financial press for finally “normalizing” rates in December, the Fed has been getting hammered lately by second-guessers.

CNBC’s Jim Cramer, for example, recently said: “There were many people who came on our air, over and over again, and told us that a Fed rate hike would be good for the economy. It was good for nothing.”

While the Fed will likely ignore such criticism, it doesn’t want to be seen as kowtowing to the critics by sitting on rates. In fact, the Fed may want to use a rate increase as a vote of confidence—in effect, to argue that the economy is so strong that it can withstand another tiny 0.25 percentage point increase.

Option 4: The Fed reverses course and cuts interest rates.
Probability: Almost 0%
If the global economy is truly in dire shape, than the Fed may have to reverse course at some point and lower rates. But UBS’ Art Cashin told CNBC that this is not likely to happen today. “They don’t want to yield too much and say, ‘Yes, you’re right, we were wrong,'” he said. “They’re going to fight to maintain what they think is their credibility.”