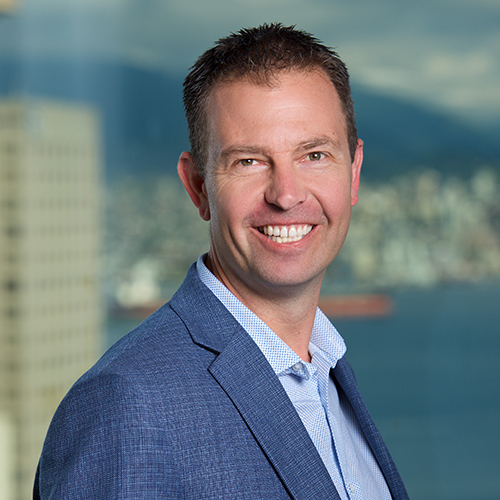 Leadership Insider is an online community where the biggest names in business and beyond answer timely career and leadership questions. Today’s answer for: What’s your New Year’s resolution? is written by Jeff Booth, cofounder and CEO of BuildDirect.

Volkswagen (VOLKSWAGEN-AG), once the world’s eighth largest car company, has lost 34% of its market value since September of last year. The obvious cause is the company’s emissions cheating scandal. But the less-obvious cause is due to a single word: yes. Somewhere along the line, top executives convinced one another that lying to both industry regulators and their customers was okay. Heads nodded, dissent was smoothed over and, today, a brand once synonymous with world-class engineering is instead synonymous with fraud.

For 2016, forward-thinking companies need to resolve to end the vicious cycle of saying ‘yes’. Fostering a culture of productive dissent in the workplace has many benefits: better strategic decision-making; more rigorous product development; and motivated employees who have fought for their ideas. But instilling this kind of culture is anything but routine. Here’s how it can be done:

Start at the top
A culture of productive dissent will never take root in a company without a CEO who’s willing to go against the grain — to stand up to advisors, investors, and employees alike. In fact, where CEOs and their boards align too closely, we see lower performance, lower valuations and — disturbingly, more accounting fraud. However, oftentimes, the founders who implement a culture of dissent most effectively are branded as arrogant, insensitive, or domineering. Yet their companies have an uncanny habit of going on to do great things.

Steve Jobs, of course, is the classic example. He railed so long and so hard against what he was convinced were bad decisions that Apple (AAPL) gave him the boot in 1985. Jeff Bezos, whose company is now worth more than Walmart (WMT), is the new poster child for corporate dissent and feather ruffling. In his words, Amazon (AMZN) strives for a work culture that’s “friendly and intense, but if push comes to shove we’ll settle for intense.”

Teach employees how and when to dish it out
For any company to thrive, unfiltered feedback has to flow in both directions — not just from the top down but from the bottom up. In many cases, it’s basic human nature that gets in the way. Critiquing someone else is almost always uncomfortable. When corporate hierarchies come into the picture, telling the raw truth becomes even more challenging. This is where active intervention is needed. The simple act of giving employees the license to sound off and buck the system can yield powerful results. Team members need to know that toeing the line isn’t expected and doesn’t cut it. Giving honest feedback is infinitely more valuable and valued.

I’ve been the beneficiary of this kind of honest feedback too many times to count. In 2008, for example, BuildDirect was growing but there was still something holding us back. It took a discussion with my own COO to realize it was me: I was micromanaging everything. I needed to let my team do more. I initially objected, but to his credit he refused to back down. And in the end, he was absolutely right.

Learn to accept criticism
Dishing criticism out in a corporate setting is one thing. Learning to accept it is another challenge altogether, and it’s something people tend to do badly in any setting. Natural fight-or-flight responses range from anger and defensiveness to suspicions of ulterior motives. Building a culture of productive dissent in the workplace requires flipping these natural reactions on their head.

To me, it comes down to this: Telling it like it is isn’t hurtful, it’s a kind of altruism. It’s much easier and far more selfish to do nothing at all for the sake of harmony. When someone has the courage and commitment to offer you feedback, your first response should almost always be gratitude. They’ve sacrificed their own comfort so you can see a blind spot. They’ve put themselves in the line of fire so that you and the company at large can benefit. Ultimately, what’s key is engendering a corporate culture where backtalk is encouraged and open feedback is welcomed, not quashed. Companies committed to ending the vicious cycle of ‘yes’ are leaner, stronger and more nimble — exactly the traits needed to adapt in the fast-changing tech and financial landscape of 2016.