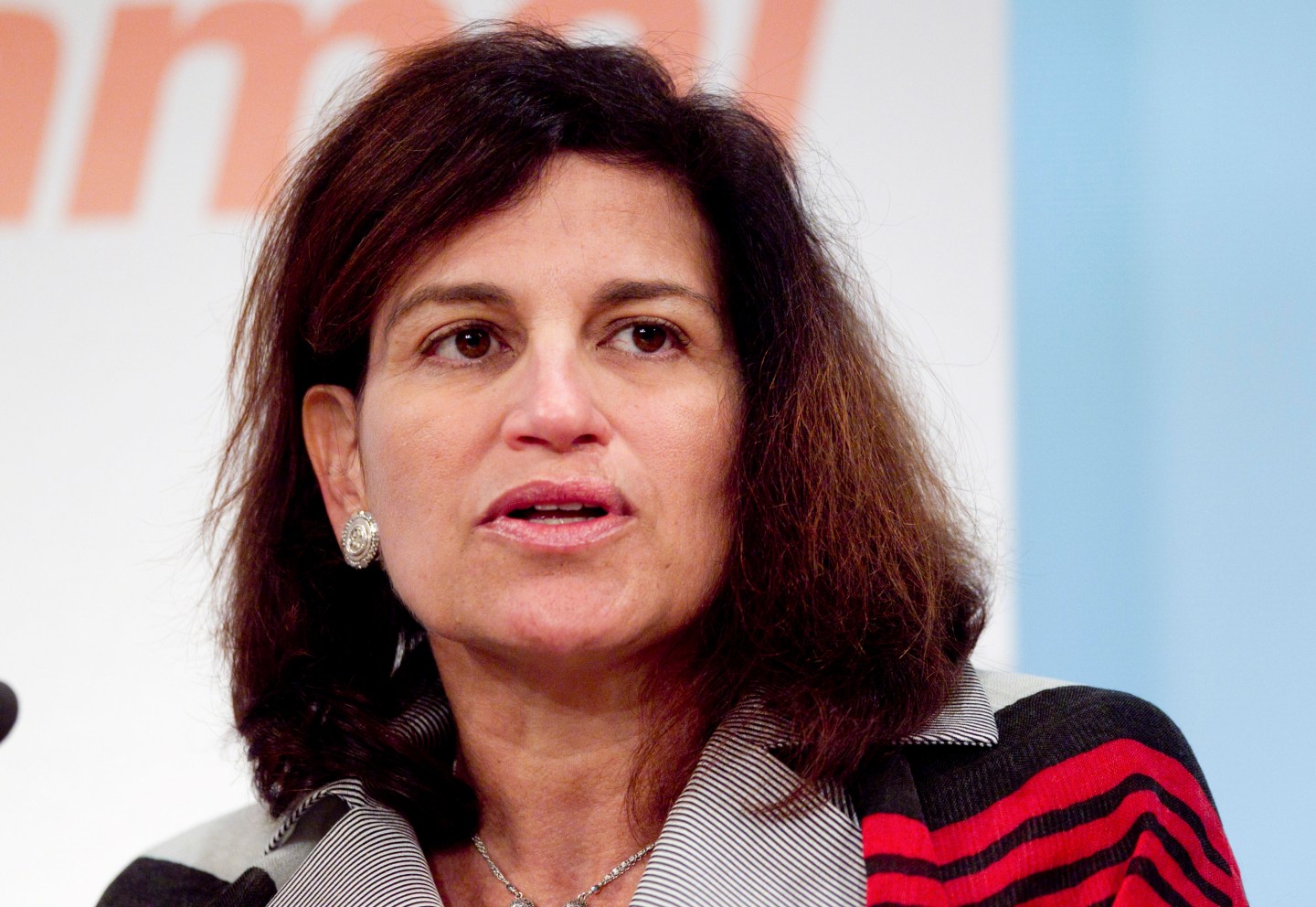 Hilary Schneider, executive vice president of the Americas region with Yahoo! Inc., speaks during a discussion at the Future of Media event during Advertising Week in New York, U.S., on Wednesday, Sept. 29, 2010. The mobile advertising market may more than double in the U.S. to almost $500 million this year, researchers say. Photographer: Andrew Harrer/Bloomberg via Getty Images
Photograph by Andrew Harrer—Bloomberg via Getty Images

Hilary Schneider, who rose to Silicon Valley prominence in the early 2000s during her tenure as Yahoo’s EVP of Americas, has been named CEO of identity theft protection company LifeLock (LOCK). Currently the company’s president, Schneider will succeed Todd Davis as CEO, effective March 1.

Schneider joined LifeLock as president in 2012, during the company’s IPO roadshow. “I see this as the right place, right time opportunity,” Schneider told Fortune, in her first interview about the promotion. “Taking the time to understand and listen and learn was critical in realizing the extent of this market opportunity.”

According to a statement by the company, Davis, LifeLock’s co-founder and current CEO, will become executive vice chairman of the board, while lead director Roy Guthrie will become chairman. Schneider will also be appointed to the board.

Schneider credits Davis and the board with giving her the opportunity to lead. “Todd’s been very committed to diversity in this organization,” she says. “And a big call out to our board of directors who felt very comfortable to not only have hired me as president but also to give their approval to me as CEO.”

The new CEO takes the helm at a critical time in the company’s history. Just last month, LifeLock paid $100 million in settlement charges to the Federal Trade Commission for failing to comply with a 2010 federal court order requiring that the company properly safeguard sensitive personal data like Social Security, credit card, and bank account numbers. Moreover, the regulators alleged that LifeLock had lied to consumers about keeping consumer data secure.

“With LifeLock well positioned for continued success, the FTC matter concluded, and Hilary ready to assume the role of CEO, this is the right time to move forward with this succession plan,” said Davis in a statement.

As a female CEO of a major publicly traded company, Schneider is in the minority. Currently, there are 22 women CEOs in the Fortune 500. On January 31, when TJX Companies (TJX) CEO Carol Meyrowitz steps down, that number will drop down to 21. (To read more about female CEOs, check out the Broadsheet, Fortune’s daily newsletter about the most powerful women in business.)

Schneider’s advice for other women gunning for the top job? “It’s about having the swagger,” she says. “Even when you may not feel it.”