LeadershipBroadsheetDiversity and InclusionCareersVenture Capital
MPW ·Best of the Year in Business 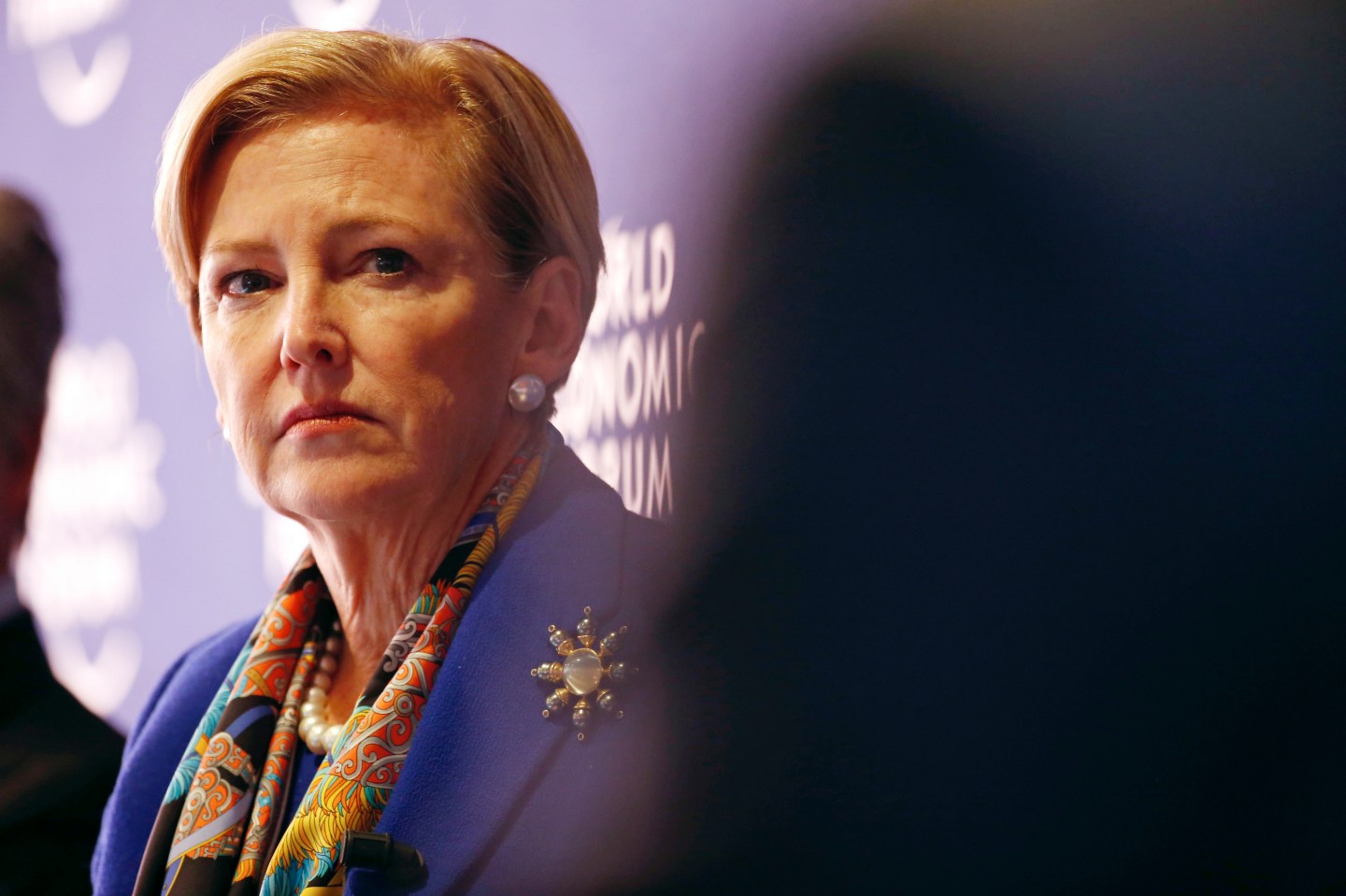 Halfway through 2015, Fortune took a look at the ranks of women CEOs in the Fortune 500. We found a precarious balance of good news (at No. 6, GM CEO Mary Barra sits higher on the list than any of her female predecessors) and bad (fewer women made the cut than in 2014).

Now, as 2015 draws to a close, it’s clear that the balance has definitively tipped in one direction—and it’s not in women executives’ favor.

In June, Fortune reported that there were 23 female CEOs in the Fortune 500, down by one from the previous year’s tally of 24. Since then, that number has slipped to 22—and it will soon dip even lower.

First to go was Gracia Martore, former CEO of Gannett Company, who fell off the list in late June when the company spun off its publishing business. While Martore became CEO of TEGNA, the resulting company, it’s no longer large enough to make the 500.

Next came a more dramatic departure: Ellen Kullman, CEO of DuPont (DFT). Kullman survived a battle with activist investor Nelson Peltz earlier this year, only to announce her retirement in October. (Kullman was far from the only high-profile female CEO to become an activist target in 2015.)

And, as of January 31, the count will tick down to 21. That’s the day Carol Meyrowitz of TJX Companies (TJX) steps down from her post.

A similar scenario unfolded this year for the female CEOs of the S&P 500, a list that overlaps but is not identical to the Fortune 500. A December report from S&P Capital IQ found that 21 S&P 500 companies are now headed by women, down from 25 in 2014.

The report also reveals several other dispiriting trends for women in business. The current growth rate for female CEOs in the S&P 500 is anemic: Just one new woman every two years. What’s more, female CEOs in this cohort have a shorter tenure, holding the top job for an average four years—two fewer years on average than their male counterparts. While four years vs. six years may not seem like much of a disparity, the Cap IQ researchers point out that, over the life of a career, a gap of a couple years can translate to a major pay differential.

That’s not to say that you should start the New Year by crying into your champagne. We already know of two women whose companies will likely make the Fortune 500 for the first time next year. In May 2016, Vicki Hollub is expected to become CEO of No. 115, Occidental Petroleum (OXY). Then on Dec. 31, 2016, Anna Manning will take the helm of the Reinsurance Group of America (RGA), which is currently No. 273 on the ranking.

Adding two new women won’t bring the list of female CEOs back to 2014 levels, but it’s a step in the right direction. Let’s hope it’s just the first of many.

This story has been corrected. An earlier version reported that HPE CEO Meg Whitman was removed from the list due to a methodology technicality.