Why female CEOs are staying quiet on activist investors 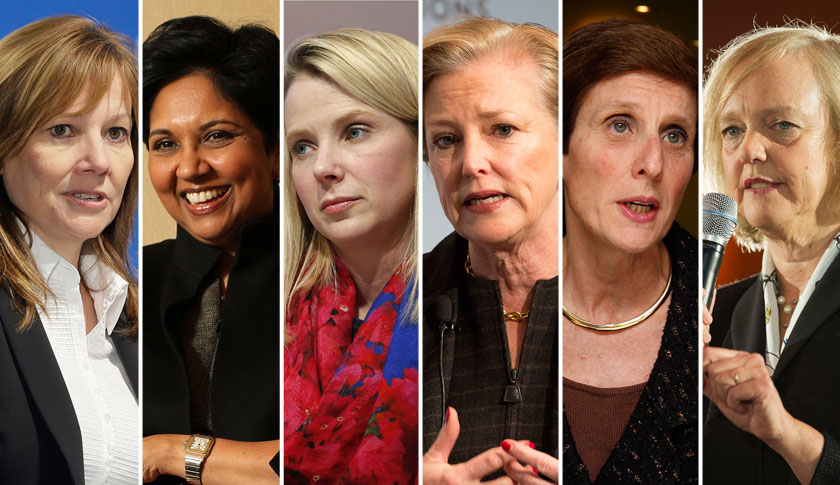 That’s the question that media pundits and experts alike are abuzz with as six prominent female CEOs fend off bids from aggressive activist investors. Most recently, GM CEO Mary Barra is feeling pressure from an activist who is trying to get on her board. She joins Pepsi’s Indra Nooyi, Yahoo’s Marissa Mayer, DuPont’s Ellen Kullman, Mondelez’s Irene Rosenfeld and HP’s Meg Whitman who are also under pressure from the likes of activists.

With only 25 female CEOs in the Fortune 500, it’s hard not to pause and question if gender targeting is really going on. But rather than join the discussion on whether or not they think these activists are targeting them on gender grounds, all the executives are staying quiet. None of the women have come out publicly on the issue and all of them either denied Fortune’s request for comment or didn’t respond immediately. Why?

Call it good common sense. Becoming the “poster child” for any issue — gender aside — when your company is under pressure to perform is the last thing any CEO should do, a group of experts told Fortune. Commenting publicly on the issue would not only put these women in a position of weakness, but could encourage activist investors to see their gender as a barrier to them being an effective leader.

“Chief executives are interested in maintaining both their power and reputation,” said Davia Temin, the founder of Temin & Co., a crisis-management firm. “There would be no benefit in acknowledging your gender. In fact, a lot of detriment could come of that. A female CEO doesn’t need to remind anyone else that she is a woman seeking the very same leadership goals as a man.”

It’s true that activists investors could likely see women as softer targets for a takeover because of their gender — even if it’s unconscious, said Melody Kimmel, a senior vice president and director of communication training at FleishmanHillard. But responding would only make the CEOs seem defensive, she said, adding that there is no upside to speaking about an issue that draws attention to the activist pressure in any way.

“All CEOs have to be strategic about the causes they pick up and if makes sense for their business to do so,” she said. “They need to be the face and the voice of the company, not the poster child for whatever issue, in this case gender.”

In fact, for Allan Chernoff, the owner of Chernoff Communications, the issue doesn’t relate to gender at all. From an investor standpoint, it doesn’t make sense for any CEO to comment publicly on any part of a bid from an activist investor. Equating coming forward to defend themselves to a CEO “pouring honey on them to attract the bees,” Chernoff said activists are already distracting to management and this would only provoke them to continue to pester.

While all the communication experts agreed that the CEOs themselves should not address the issue, Paul Argenti, a professor of corporate communication at the Tuck School of Business at Dartmouth, said he was surprised that another female CEO at a strongly performing company hasn’t “come to their defense.”

“I am surprised that no female leaders are talking about it at all,” he said. “Standing up and pointing the finger to say something wrong is going on could be played to their advantage. It would show a lot of courage, which is an important trait for a leader.”

Fortune’s Pattie Sellers started the discussion last month by pointing out Nelson Peltz has targeted three female CEOs in the Fortune 500. Then Andrew Ross Sorkin of the New York Times questioned earlier this week whether or not gender really plays a factor in the recent activist trend. Yet for Chernoff and others, it’s clear that to some degree, these female leaders are being singled out because of their minority status as CEOs. That doesn’t mean they should acknowledge it — however.

“Of course, there is gender bias, but these are very smart capable women and like smart male CEOs, they don’t want to play the activist investors game. Certainly on the public stage,” said Chernoff.