A Surprising Tool for Saving the Whales: Facial Recognition Software 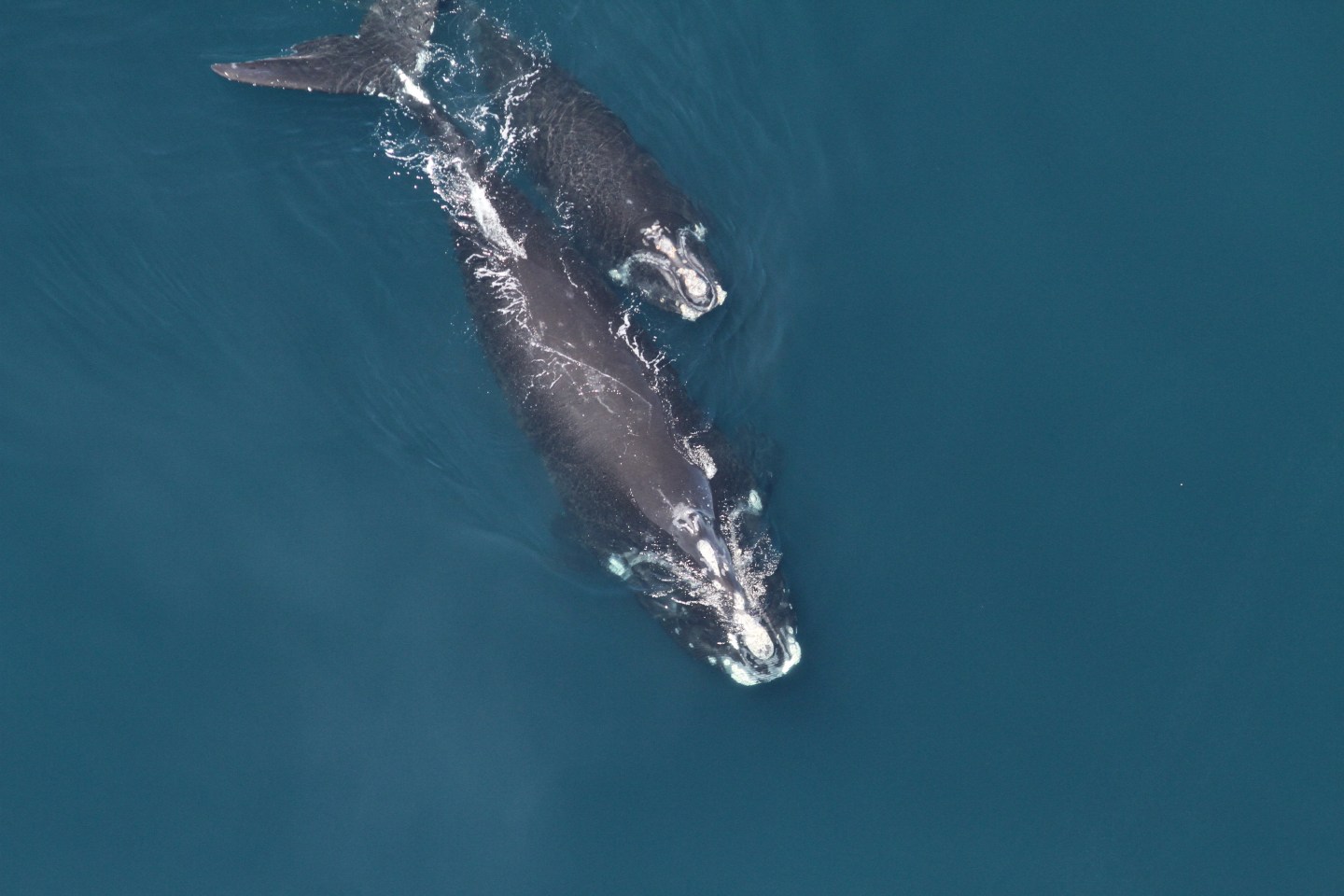 Christin Khan spends a lot of her time in the air photographing whales from above. But it can be hard to tell who’s who in those candid ocean shots.

So Khan, a biologist who studies North Atlantic right whales for the National Oceanic and Atmospheric Administration, decided to harness the power of facial recognition software—for whales.

Perhaps even more so than humans, whale “faces” can look strikingly similar. North Atlantic right whales have distinctive spots on their heads known as callosities, or “whale lice.” Like thumbprints, these fine-grained details are what distinguish one whale from another. If Khan could develop software that recognized a whale’s unique lice patterns, she could free up more of her time for studying the whales and doing the important work of keeping ships out of their paths.

So Khan put the whale challenge to the crowds on Kaggle, a site devoted to data competitions. With a $10,000 prize pool up for grabs, via software company MathWorks, the race was on. Nearly 500 people took a stab at the task, almost outnumbering the estimated 521 North Atlantic right whales themselves.

Of course, we already use facial recognition technology for people all the time, to tag friends in photos on Facebook, process visa photos at the State Department, and much more.

Turns out, learning how to tell human and whale faces apart isn’t really all that different, from a computer’s perspective. But it took Facebook years to develop its facial recognition technology, which learns from billions of data points and is more than 97% accurate.

After just four months, the whale photo challenge ended Jan. 7. Data science company Deepsense.io impressed the competition with its new software, which can identify right whale faces with about 87% accuracy. Polish creator Robert Bogucki says his team’s whale algorithm will need more data points to improve that number. The initial data set only had 4,500 right whale pictures in it, much less than the masses of photos Facebook has to work with. Other whale ID software research is being done on humpback whales, who are told apart from the other end by examining their distinctive tail “flukes.”

A Business Lesson From The Woman Who Sailed 3 Oceans:

In addition to making the research process faster, the tech could be especially helpful when crews disentangle whales from nets. If they could find out in real time what whale they’re untangling, they’d know more about the individual whale’s health, whether or not they should intervene and cut the rope, and might even be able to better pinpoint problem areas in the ocean where multiple whales are getting tangled up with nets.

Khan says it will probably take about a year or so before the research team is able to put the software to use. That would be just in time for the North Atlantic right whales to settle in to their winter homes in the waters off Cape Cod—and get tagged in some new photos.

Jan. 19: This story has been updated to correct the spelling of Christin Khan’s last name.