Qualcomm Forms Joint Venture In China to Take on Intel 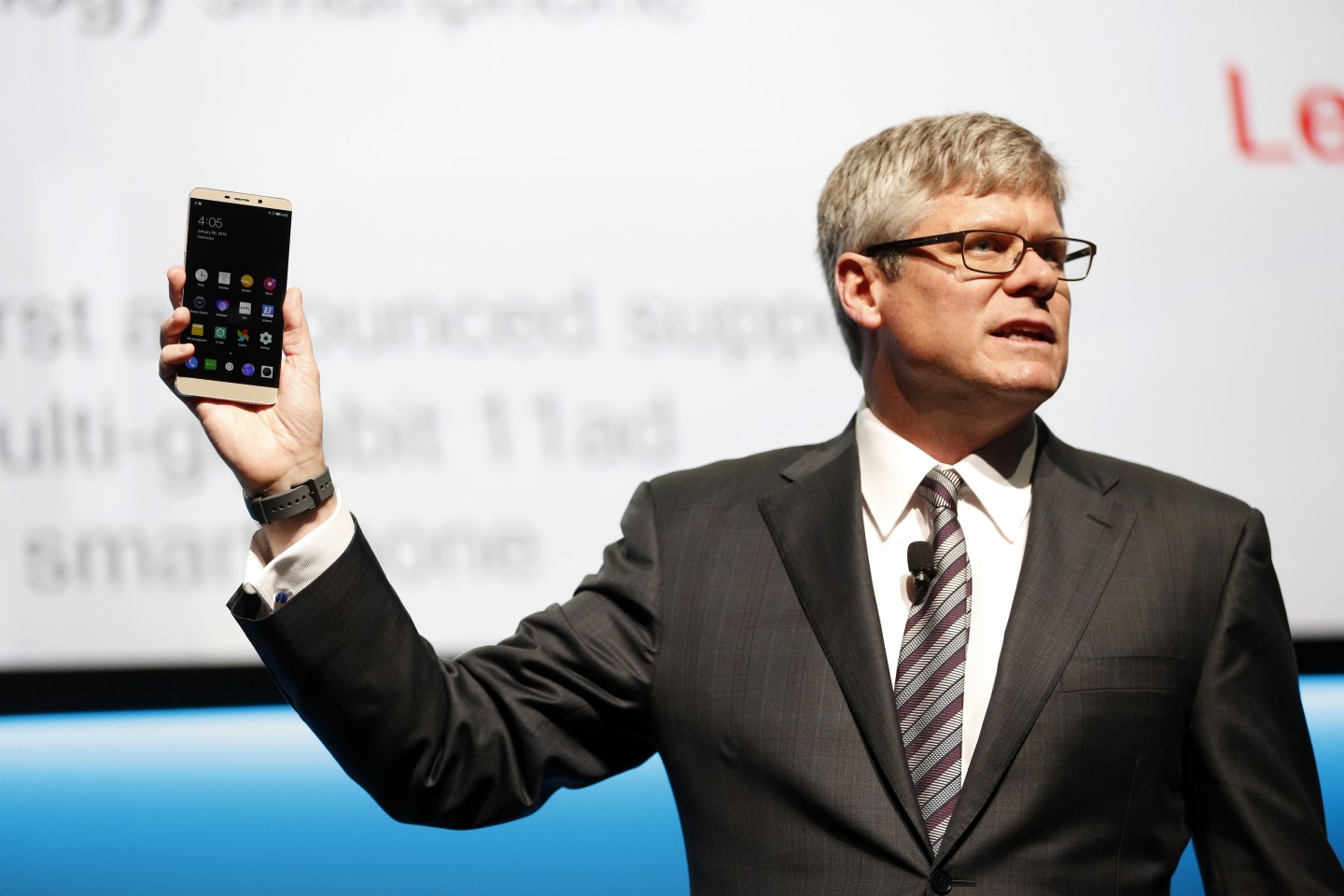 Mobile chip giant Qualcomm is getting into the data center market with a new joint venture to design and sell server chips in China. The joint venture was announced Sunday morning in China, and brings together Qualcomm and the government of China’s Guizhou province. A Qualcomm subsidiary will own 45% of the newly formed company and the Guizhou government owns 55% for a total value of RMB 1.85 billion, or about $280 million.

As part of this deal with the province Qualcomm will also establish an investment company in Guizhou that will serve as the vehicle for future investments in China.

The venture, called the Guizhou Huaxintong Semi-Conductor Technology, will start by selling Qualcomm’s own server designs, expected to launch some time this year. Qualcomm showed off its server designs in October with a 24-core version that it sent to potential customers operating large data centers offering cloud computing services. However, it has not yet set a time frame for when it would offer a production-level server chip for sale. Anand Chandrasekhar, senior vice president and general manager, Qualcomm datacenter group, says a 6-month window was a reasonable time frame to expect but didn’t commit to a definite timeline.

In addition to selling the soon-to-be-launched Qualcomm (QCOM) server chips, the joint venture will also license Qualcomm’s server chip design so the new entity can produce a slightly modified version of Qualcomm’s chip specific to the needs of the Chinese cloud computing market. And finally, Qualcomm and engineers at the joint venture plan to design a completely new chip for the Chinese server market that will rival silicon from Intel (INTC), the company that currently holds the largest share of the market when it comes to providing silicon in the data center.

For more on Qualcomm watch our video.

The creation of this joint venture is a significant move for Qualcomm, which has made expanding into the data center one of its five strategic priorities after a reorganization at the company in 2015. It’s also an interesting step to take after the San Diego,Calif.-based company spent 2015 fighting with Chinese handset vendors to sign licensing deals after agreeing to new royalty agreements in February of last year for the use of Qualcomm’s radio technology in their handsets.

When asked if Qualcomm thought this joint venture might help keep its other Chinese business deals running smoothly, Chandrasekhar said, “China is a very, very large market, so will there be some spillover? We don’t know, but if there is a halo effect then fantastic, we’ll take it.”

However, the decision to focus on China for the launch of what is a new line of business for Qualcomm and for the entire ARM-based chip ecosystem is about more than handset royalties. The Chinese server market is growing rapidly as providers like Alibaba, JD.com and Baidu ramp up. IDC expects the total Chinese server market to reach $6 billion by 2020. From the last year of data available (Q4 2014 through Q3 2015) the worldwide server market measured $54.24 billion according to IDC. But China is growing rapidly.

China is also more of a greenfield opportunity, where cloud computing customers are not already operating huge data centers full of Intel gear. This makes them more likely to test ARM systems—although every one of the mega data center customers in the U.S. is also testing ARM-based servers as well. But Baidu was actually one of the first customers to deploy ARM-based chips in a production environment. It used the servers for its cloud storage service.

Unlike other ARM-based chip providers from the earlier days of building ARM servers, Qualcomm is not targeting a storage workload for its initial server chips. Chandrasekhar won’t get more specific than “compute instances.” But he says that while the Qualcomm chip can do storage and networking jobs, the goal is to compete against Intel, and you can’t do that with a chip that can only do storage and networking jobs. To compete against Intel, Qualcomm plans to hit it where Intel lives. And that is in the core computing jobs. That’s a bold plan, but anyone going up against the largest chip company in the world, with 96% of the server market needs to be bold. It also better have a good piece of silicon.