Disney: The Force Is Not Strong With This One 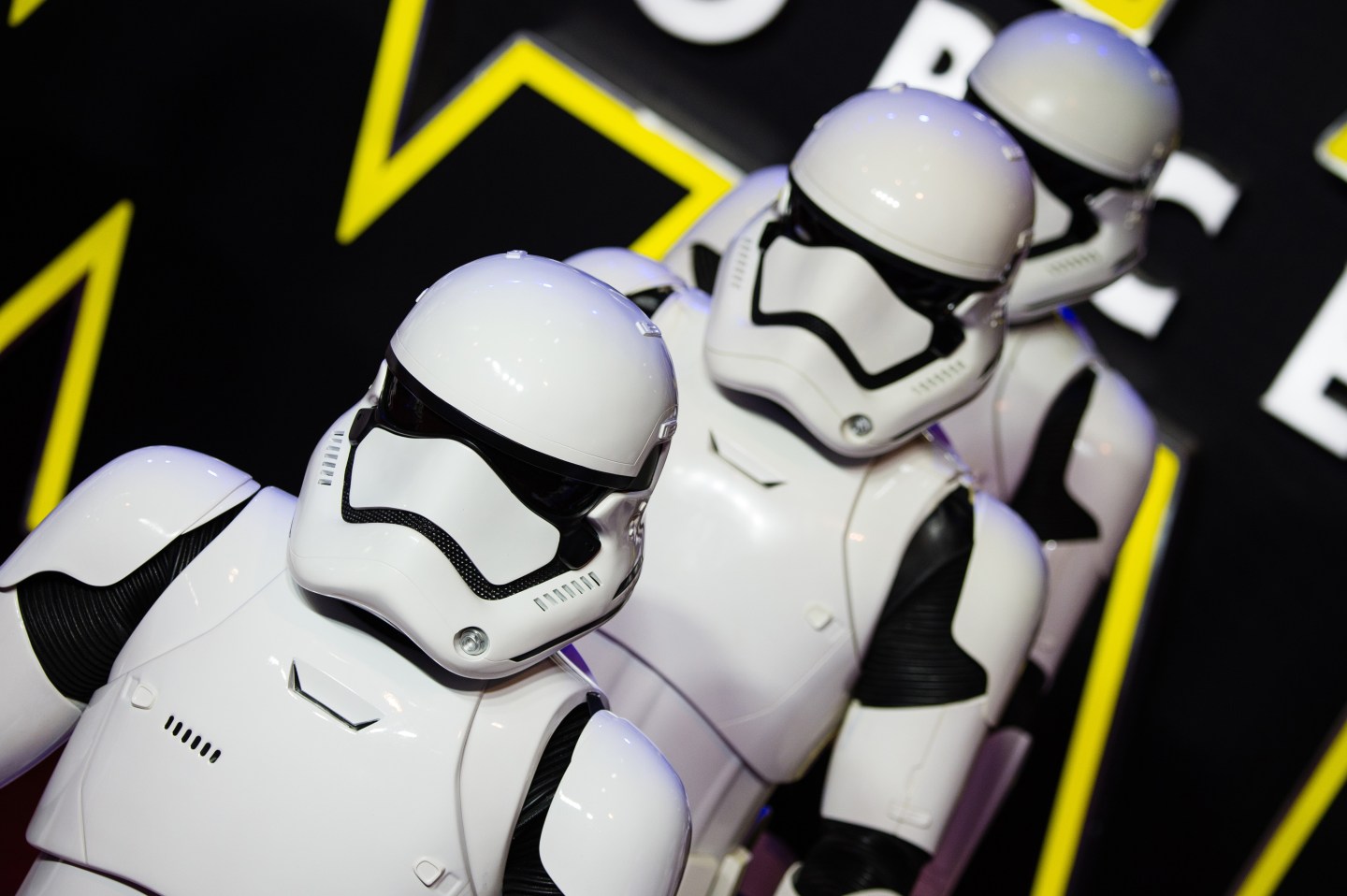 As a movie studio, Disney has been riding high since Star Wars: The Force Awakens opened a few weeks ago to massive audiences and became the biggest U.S. box office hit ever with expected sales of more than $2 billion.

But the company’s stock has been doing the exact opposite: It has fallen in value by more than 10% so far this year.

In fact, Disney shares (DIS) have lost more than twice that much since they peaked in November at $120, falling by more than 20% as of Friday. That means more than $40 billion has been sliced off the company’s market value in just two months.

Of course, major stock markets such as the Dow and Nasdaq have been down since the beginning of the year, thanks to the plunging price of oil and fears about related economic stability. Most of the other media and entertainment-related stocks have also fallen, but none of them have lost as much altitude as Disney.

It’s not that analysts and investors aren’t excited about what Star Wars is going to do for Disney’s bottom line. It’s theoretically possible that by the time box office and merchandising revenue are combined, Disney will have made almost as much on a single movie as the $4 billion it cost to buy Lucasfilms, which is incredible.

All of that excitement, however, is tempered by fears about what is happening to ESPN, the golden goose of sports entertainment that has been seeing a drop-off in subscribers and concerns that it has over-paid for the rights to sporting events.

Watch How Fox plans to take on ESPN

On Friday, the stock got beaten up even more because analysts at Barclays Bank released a note cutting the shares to “underweight,” with an $89 price target (the stock closed at $93). And a big part of that downgrade came as a result of ESPN. As the note put it:

“In a secularly fragmenting media environment, ESPN is the most exposed. This is because ESPN’s business model depends on the cross subsidy of the pay TV bundle. Consequently, given ESPN’s fixed cost structure and variable revenue model, subscriber losses are likely to have a disproportionate impact on the business model.”

There has been speculation that Disney might consider turning ESPN into a Netflix-style, over-the-top streaming service and charge users separately for it to serve the millennial market. But so far Disney CEO Bob Iger has downplayed that idea.

It’s probably good that Disney isn’t relying on that idea too much because, according to one recent survey, only 6% of subscribers in a recent survey of cable users said that they would be willing to pay $20 a month for ESPN. And industry analysts say the network would have to charge even more than that for it to make financial sense for Disney.